OnePlus' official Twitter account has put out a post, complete with a handy graphic, that seems to be asking users about possible color options for the upcoming OnePlus 5. The options on show include a plain black, a gradient running from aqua to lavender, a deep crimson, and a flat shade of dark gold. The Tweet asked users what the color of their next phone should be. It was posed in a teasing manner, complete with a winking smiley face and the clever insertion of a number five in place of the letter s in the word "should," pointing to the possibility of the OnePlus 5 being hinted at.

The OnePlus 5 has allegedly broken cover before, but not in anywhere near the full spectrum of all of these color options; it's been spotted in black before, and in silver, which is notably absent from the color lineup shown here that accompanied the Tweet. OnePlus' devices have come in both red and gold in the past, which leaves the unique gradient option as the only new color variant that could be used for a OnePlus device. Users have responded to the question in droves, with surprisingly few calling for the second option, which would bring entirely new colors into the OnePlus fold. Instead, fans have proven themselves creatures of habit by flocking to the tried and true red and black options.

To recap, the OnePlus 5 is said to be OnePlus' next mainline flagship, and will reportedly feature a Qualcomm Snapdragon 835 processor, alongside 8GB of RAM. Storage is said to be sitting at 64GB, but it's likely to go up from there. The screen, meanwhile, will be the usual 5.5-inch panel but it will be the first to sport a VR-friendly 2,560 x 1,440 resolution, the same sharpness seen on rival flagships like the Samsung Galaxy S8. The camera setup is said to consist of a 23-megapixel rear unit, with a 16-megapixel sensor up front for selfies and video chat. The rumored spec sheet rounds things out with a hefty 4,000mAh battery, which should provide enough juice to keep the device running for a substantial amount of time throughout the day. As this is all rumored for now of course so nothing can be considered a confirmation just yet. 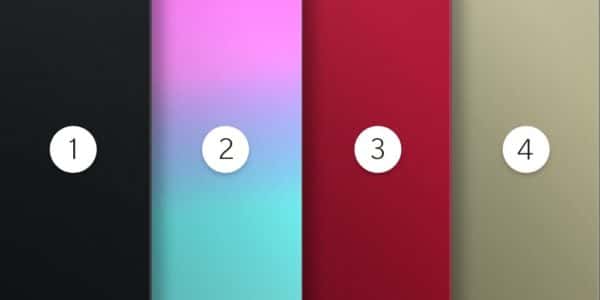