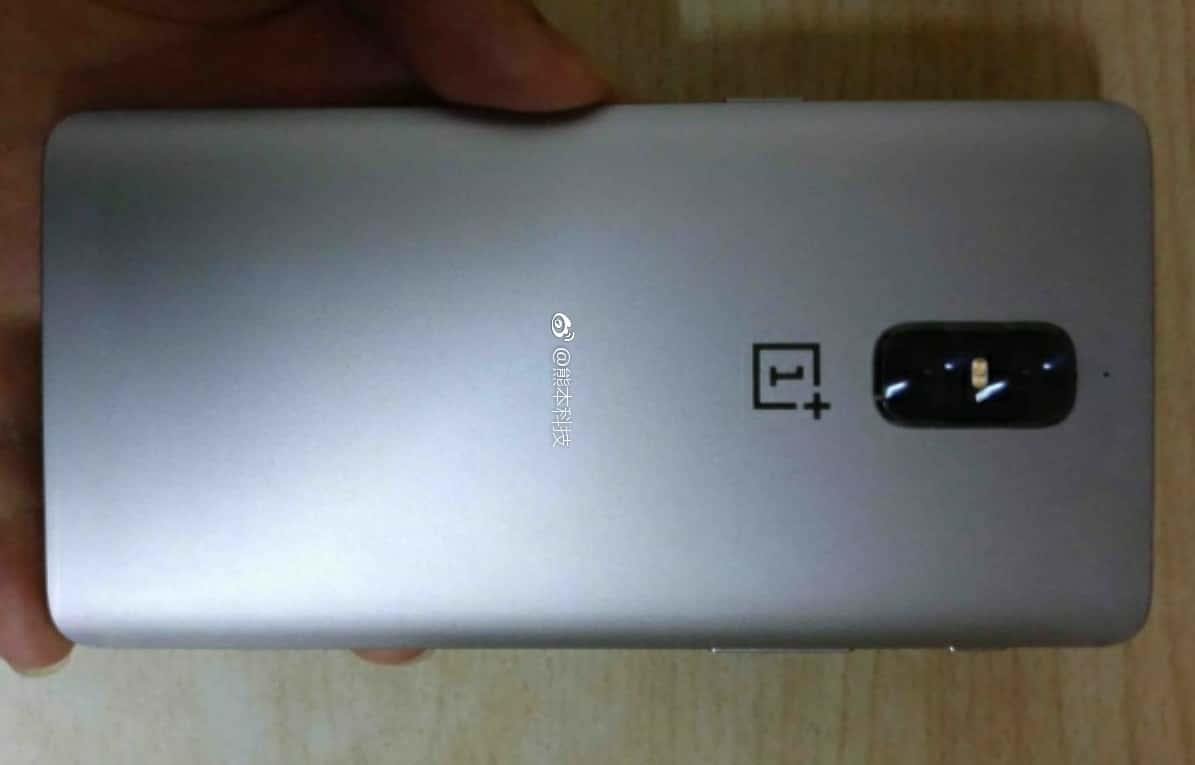 Yet another real-life image that’s said to be depicting the OnePlus 5 has surfaced online this weekend on China’s social media platform Weibo. The photograph shows a device that’s seemingly identical to the one with a silver matte finish that was leaked earlier this week, giving more credence to recent reports about the upcoming OnePlus-made Android flagship. The handset depicted in the image boasts the standard OnePlus branding below a vertical dual camera setup with a standard LED flash located between the two lenses. The supposed OnePlus 5 also boasts a relatively clean rear plate with no visible antenna lines and rounded case corners – design features that were already suggested by several previous leaks.

The Chinese consumer electronics manufacturer recently announced that it’s been collaborating with imaging company DxO Labs to boost photo and video-taking capabilities of the OnePlus 5, though the camera shown in the leaked photo of the device that can be seen above likely wasn’t physically modified by the Boulogne-Billancourt, France-based firm. Instead, DxO Labs presumably helped OnePlus enhance the camera software of its upcoming high-end Android phone seeing how the French company specializes in imaging software. Finally, while the angle of the newly uncovered photo isn’t ideal, it still shows enough to indicate that the OnePlus 5 will boast a power button and a volume rocker on the left side of its case.

According to previous reports, the successor to the OnePlus 3 and OnePlus 3T will be powered by the Snapdragon 835, Qualcomm’s first 10nm system-on-chip (SoC). Apart from the 64-bit, octa-core piece of silicon, the device is said to feature between 6GB and 8GB of RAM, as well as 64GB of internal storage space. It’s currently unclear whether the Chinese original equipment manufacturer (OEM) will opt to release two variants of the device with different amounts of RAM, but regardless, the OnePlus 5 is expected to ship with a microSD card slot. According to industry insiders, the smartphone will run Android 7.1.1 Nougat out of the box, enhanced with the company’s OxygenOS user interface. Given how the OEM already confirmed that the OnePlus 5 will be officially announced in June, more details on the upcoming Android flagship should be available shortly.