OnePlus has officially discontinued the 128GB version of the OnePlus 3T. Recently OnePlus has been pushing its current flagship smartphone more than ever, with a limited edition Colette version, as well as a non-Colette-branded version called the Midnight Black edition. With the company recently confirming the existence of its upcoming flagship, as well as its name – the OnePlus 5 – it’s no surprise the company is now shifting its focus towards the upcoming device and away from less popular models.

Now, undeniably the 128GB version is sure to interest a number of consumers, but considering the pricing advantage that the 64GB model presents over the former, it should make sense that the larger capacity model is the least popular of the two. In addition to this, with the OnePlus 5 expected to launch within the next few months, the company could also be betting on the fact that those wanting to get their hands on a 128GB device will hold off until this year’s flagship eventually launches. Another factor that is sure to have influenced the decision to discontinue the model is the company’s profit margins. With the next generation flagship deep into development, the company needs to sink as much of resources as possible into the upcoming model in order to meet initial demand as well as execute a successful launch.

Nonetheless, the company is surely betting on an increase in revenue once the OnePlus 5 launches in order to make up for any lost revenue due to the discontinuation of the 128GB model. After all, the OnePlus 5 is expected to feature a whopping 8GB of RAM and dual front and rear cameras, and come powered by the Snapdragon 835. These specs, along with the fact that there are rumors regarding a possible 256GB variant, it’s possible that the OnePlus 5 will prove popular among consumers, especially those looking for a cheaper alternative to Samsung or LG’s flagships. All that is left to be seen, though, is exactly how popular the device will turn out to be and with an increased hype surrounding the model lately, the OnePlus 5 may well turn out to the company’s most popular model yet. 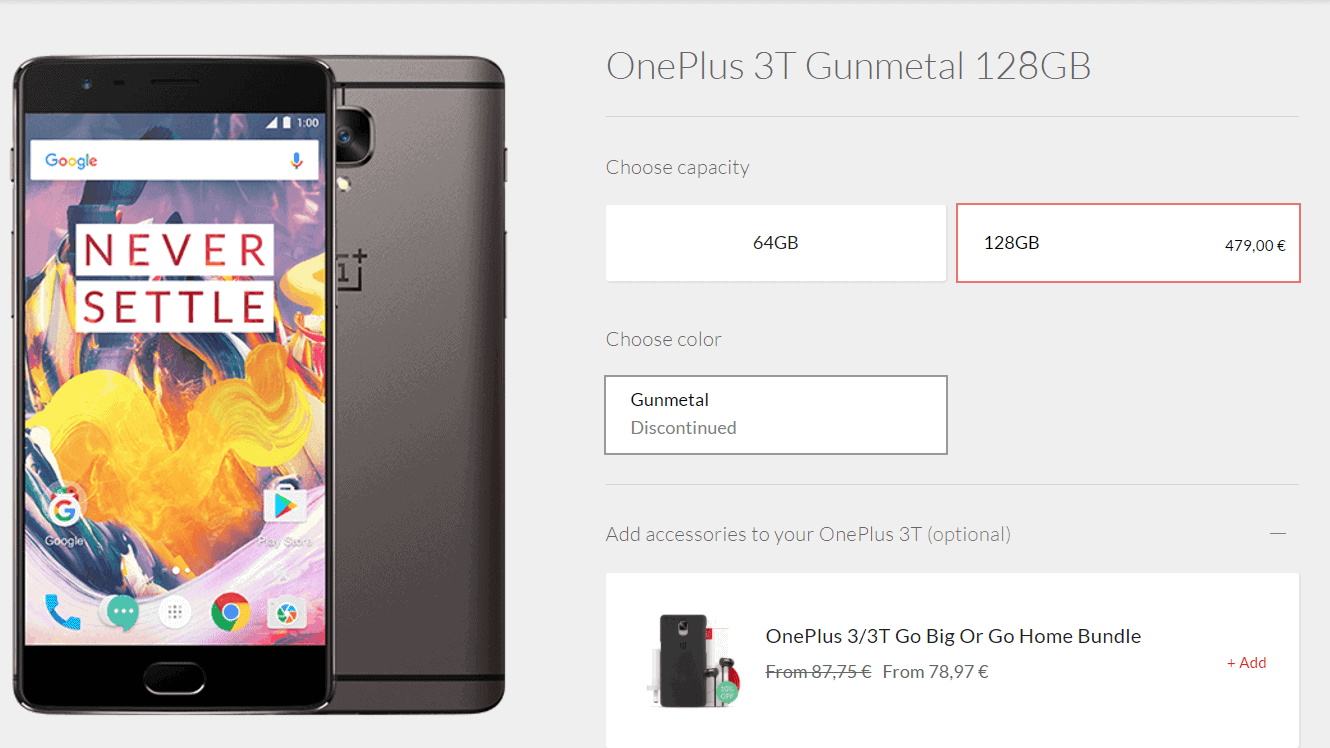