The upcoming Nubia Z17 smartphone has been popping up all over the place, and AnTuTu is the latest location this smartphone was spotted on. The Nubia Z17 just surfaced on AnTuTu, well, AnTuTu’s official Weibo (Chinese social network) page. This listing revealed some of the device’s specifications, of course, and it also more or less re-confirmed that the phone will get announced in the near future.

Now, according to AnTuTu’s information, the Nubia Z17 will sport a fullHD display, while it will pack in 6GB of RAM and 128GB of internal storage. Qualcomm’s Snapdragon 835 64-bit octa-core processor will fuel Nubia’s upcoming flagship, and the Adreno 540 GPU will be there for graphics rendering. Android 7.1.1 Nougat will come pre-installed on the device, and Nubia’s custom UI will be placed on top of it. Now, this is not the first Nubia Z17 listing we’ve seen, which means that we have some additional info on top of what AnTuTu shared. Earlier Geekbench listing reported that a 4GB RAM model of the device will also be released, and it seems like both RAM variants will ship with 128GB of native storage, which is quite interesting.

Having said that, the Nubia Z17 also leaked in a couple of images, and according to those leaks, the phone will sport a dual camera setup on the back, and the phone’s display will be slightly curved. The device will sport a vertical dual camera setup, and a fingerprint scanner will be placed on the back as well. A recent leak also revealed that the Nubia Z17 will be available in blue and gold color variants, though some additional colors will probably be made available by the company, like white, for example. The phone will also ship with on-screen buttons, and that’s all the info that we have thus far. The Nubia Z17’s launch is right around the corner (it will probably land next month), at least based on a ton of leaks that surfaced recently. This will be Nubia’s new flagship, and a direct successor to the Nubia Z11 which was announced back in June last year, and if Nubia intends to stock to its release cycle, the Nubia Z17 is about a month away at this point. 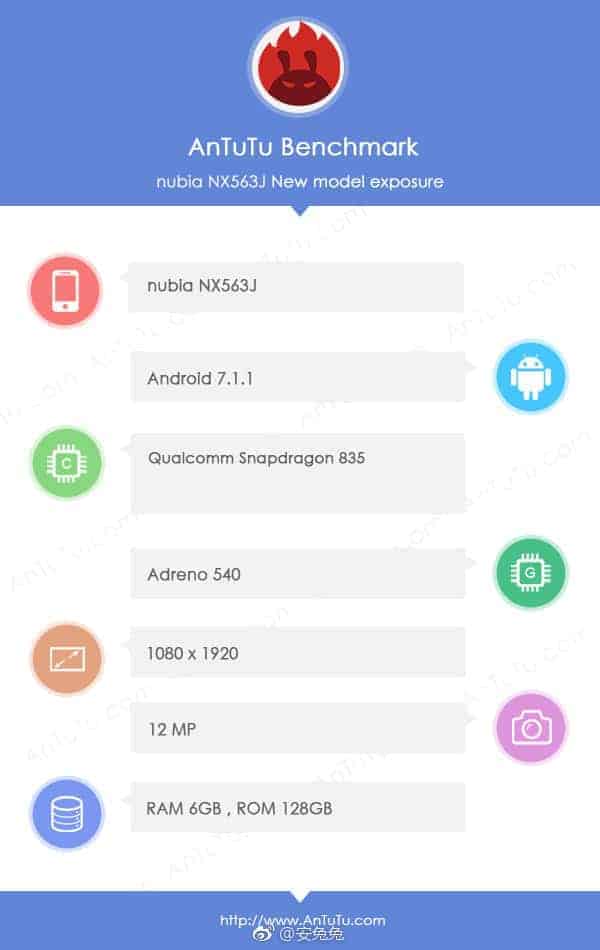