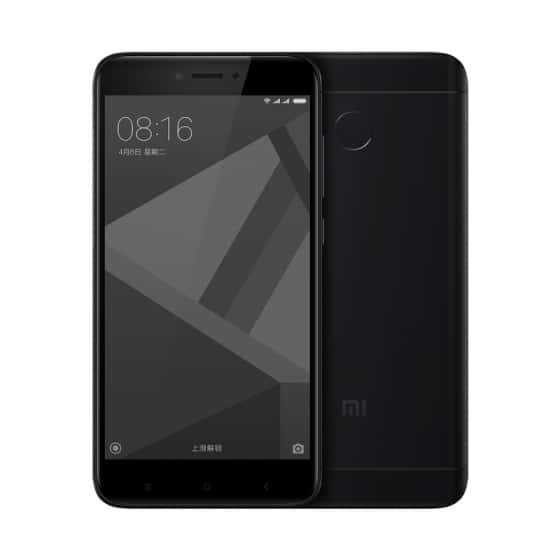 Xiaomi had announced the Xiaomi Redmi 4X budget smartphone back in February this year, and a new version of that device has just landed. The Xiaomi Redmi 4X was originally announced in 2GB and 3GB RAM variants with 16GB and 32GB of storage, respectively. Well, this new version of the Redmi 4X not only comes with 4GB of RAM, but it also packs in 64GB of internal storage, which is expandable, by the way.

Having said that, this smartphone is identical to the previous Redmi Note 4X variants in every way, except in the RAM and storage departments, of course. That means that the phone is made out of metal, and that it comes with a rear-facing fingerprint scanner, and a set of three capacitive buttons below its display. Now, the 4GB RAM + 64GB storage variant of the device is priced at 1,099 Yuan ($159), which means it's a bit more expensive than the other two variants. The 2GB RAM + 16GB storage model can be purchased for 699 Yuan ($101), while you can get the 3GB RAM + 32GB storage variant for 899 Yuan ($130). The device comes in Champagne Gold, Cherry Blossom and Matte Black color variants, in case you were wondering, and it's actually quite compact thanks to its 5-inch display.

Speaking of the phone's display, we're looking at a 5-inch 720p (1280 x 720) panel here, which comes with a 2.5D curved glass on top of it. The device is fueled by the Snapdragon 435 64-bit octa-core SoC, along with the Adreno 505 GPU for graphics. A 13-megapixel snapper can be found on the back of this smartphone, and a 5-megapixel camera is located on the phone's front side. Android 6.0.1 Marshmallow comes pre-installed on the device, along with the company's MIUI 8 OS. This phone comes with a set of two SIM card slots (nano SIM + micro SIM), while a 4,100mAh non-removable battery is also a part of the package. The Redmi 4X offers support for 4G LTE connectivity, just in case you were wondering. The phone measures 139.2 x 70 x 8.7mm, while it weighs 150 grams. You can always check out our original announcement for this device if you'd like to get more info.