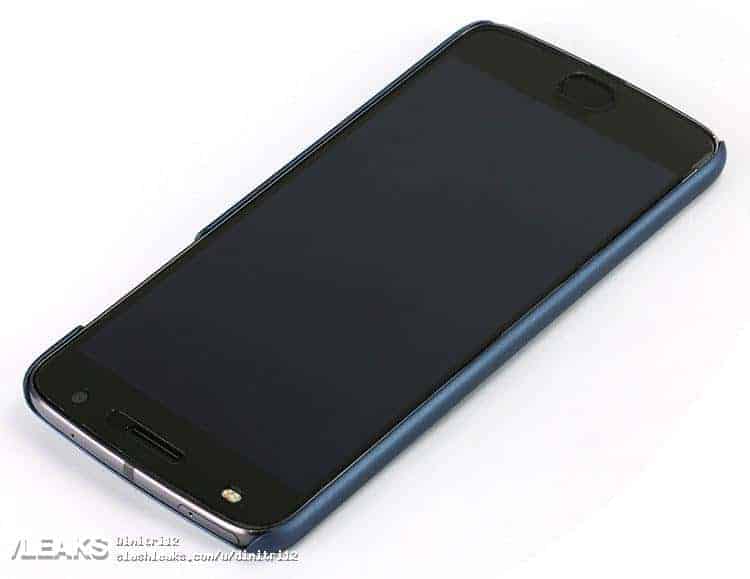 Three new real-life images of what’s said to be the Moto Z2 Play have leaked online on Monday, showing both the top and bottom side of the upcoming device and the array of ports that they house. The photos seemingly corroborate that the upcoming Moto-branded phone will boast a USB Type-C port and a 3.5mm audio jack on its bottom, while the top of the handset will feature a hybrid SIM card slot. Two images that can be seen below also suggest that the Moto Z2 Play will sport a noticeable camera bump that’s said to house a 12-megapixel sensor and a standard LED flash unit.

The final leaked photo shown above depicts the supposed device from a more revealing angle, suggesting that the Moto Z2 Play will sport a single-lens front camera setup accompanied by an LED flash, as well as a physical Home button that will likely house a fingerprint scanner. The device shown in the new leak is black and wrapped in a blue snap-on case that might be one of the official accessories for the Moto Z2 Play. While the case covers a good portion of the handset, it’s revealing enough to not hide the fact that the upcoming Moto-branded smartphone will sport regularly sized bezels and rounded corners, while its screen will feature a conventional 16:9 aspect ratio.

According to previous reports, the Moto Z2 Play will ship with a 5.5-inch display panel with a resolution of 1920 by 1080 pixels that’s said to be protected by 2.5D glass. The smartphone will likely be powered by some of Qualcomm’s recent mid-range Snapdragon chips and 4GB of RAM, in addition to boasting 64GB of flash memory that should be expandable by up to 256GB. The Lenovo-owned company reportedly equipped the Moto Z2 Play with connectors for Moto Mods that may be marketed as Moto Snaps, recent reports have indicated. The Moto Z2 Play is one of seven smartphones that Motorola Mobility is expected to release by the end of the year in an effort to compete in as many price segments as possible, and more details on its future products should be available shortly.