Motorola is currently pushing out a new update for the Moto G5 Plus and it brings along a number of changes and fixes. This includes data traffic improvements, whereby the VoLTE icon has now been replaced with a 4G icon. The changelog also states that the update brings along improved audio quality in video capture, which was also included in a previous update. Besides that, stability improvements are also a part of the new software package. It is unknown whether the latest security patch is included in the latest firmware upgrade. Moto G5 Plus units in India are currently receiving the update, and it will likely hit devices in other regions in the coming weeks.

Following the upgrade procedure, your new software version should be changed to NPN25.137-67, with the package itself weighing approximately 215MB. The package is being pushed out as an over-the-air (OTA) update, so it might take a while before all users receive it. The system will automatically prompt you to download and install the update when it is ready for your device. However, if you can’t wait, you can manually check for the update by simply heading to the Settings app. From there, tap the “About device” option and then select “Software updates.” If the update is indeed ready for your device, you will be given the option to download it, which will take around 10 to 15 minutes. It’s recommended you download the package over a Wi-Fi network to avoid using your likely limited mobile data.

The Moto G5 Plus is the latest device from Lenovo that was launched back at MWC in Barcelona. It is a mid-range smartphone that sports a 5.2-inch FullHD display. Under the hood, it’s powered by the Qualcomm Snapdragon 625 SoC equipped with the Adreno 506 GPU. For memory, the smartphone packs 2GB or 4GB of RAM and 32GB or 64GB of internal storage which can be further expanded via a microSD card. Imaging is handled by a 12-megapixel shooter on its rear side and a 5-megapixel camera located on the front of the device. Keeping the lights on is a 3,000mAh battery that supports TurboPower fast charging. The Moto G5 Plus runs Android 7.0 Nougat out of the box and has recently received the Google Assistant. 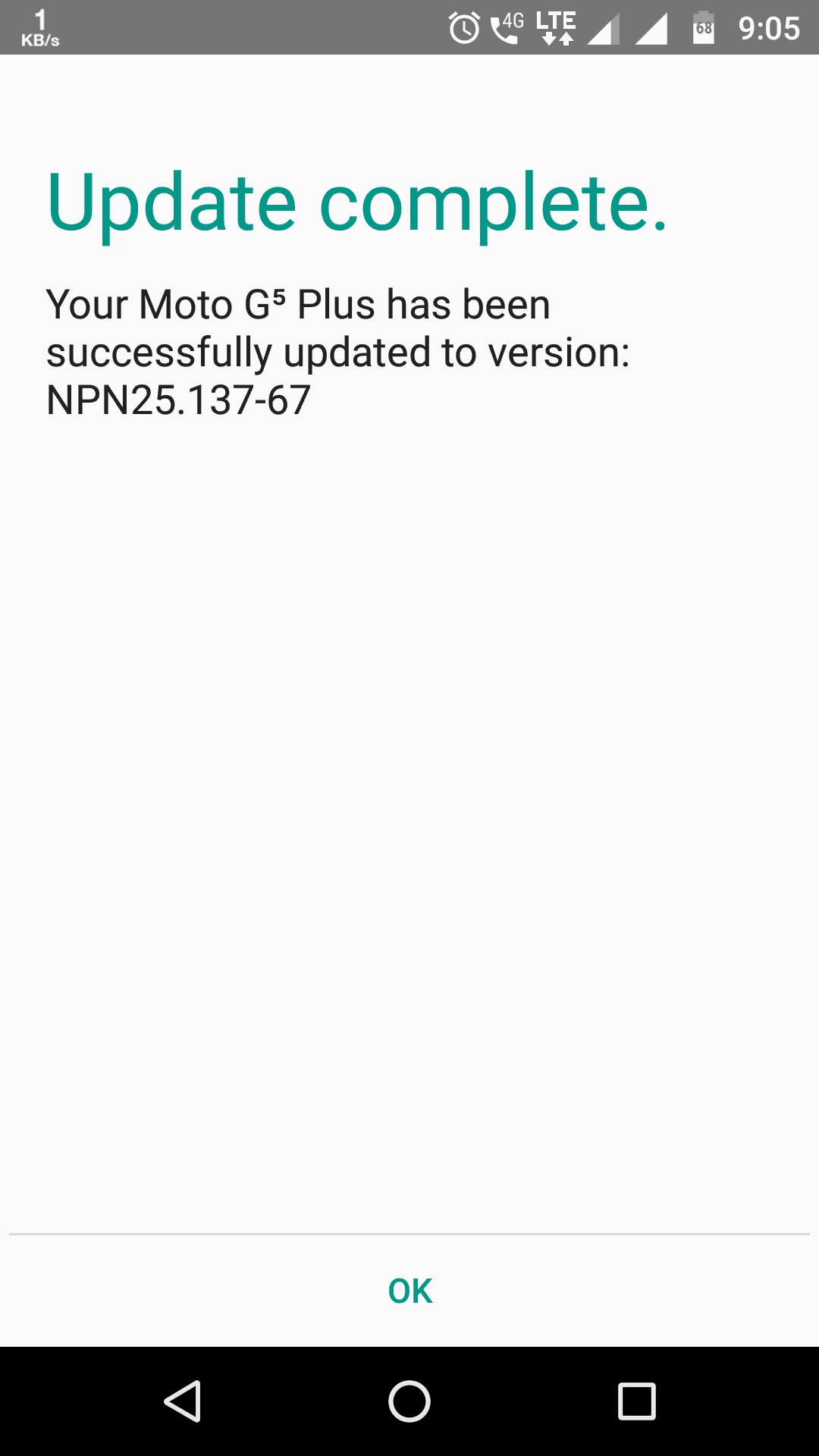