Among the final announcements for Google’s I/O 2017 is that the company is finally creating an emulator for use in developing apps for big screens. The tool still doesn’t have an official name but the goal, as outlined by Google, is to make developing Android applications for Chromebooks or other Chrome OS devices possible even without access to a Chromebook for testing. Additionally, the tool could probably be used to develop for other viable platforms that utilize a keyboard and mouse as their primary input. So developing for Android-based Laptops or mirroring devices like Samsung’s Dex should also be much easier to do with the tool. However, it is noted that the emulator is still being built and developers should be aware of that fact going in. There will almost certainly be plenty of bugs.

Google says that most apps will already work on the platforms the emulator is supposed to help with, as long as those apps are at API level 24 or later. However, it is important that developers for Android and for Chrome OS pay some attention to the ways their apps can be used. For example, Google suggests that apps need to be designed with “huge” screens in mind. That includes the fact that Chromebooks and several other platforms – including some Android handsets – allow for windowed applications. Window orientation needs to be consistent and window requirements should be specified in an app’s manifest. Resizing of applications should also be allowed. Developers should also ensure that accommodations are made for the differences in input between a touch screen device and those using a keyboard and mouse. All of those things should, of course, be tested thoroughly and that appears to be the point of the new emulator.

Although the percentage of Chromebooks with the ability to run Android apps is still relatively low, that number is growing. Developers will most likely want to grow the audience for their applications right along with that. While there isn’t a specific time frame during which the emulator is expected to leave beta, it looks like a great place to start with regards to ensuring applications will look and function at their very best when translated to a large screened device with physical inputs. Anybody interested in registering for early access can check out the button below. 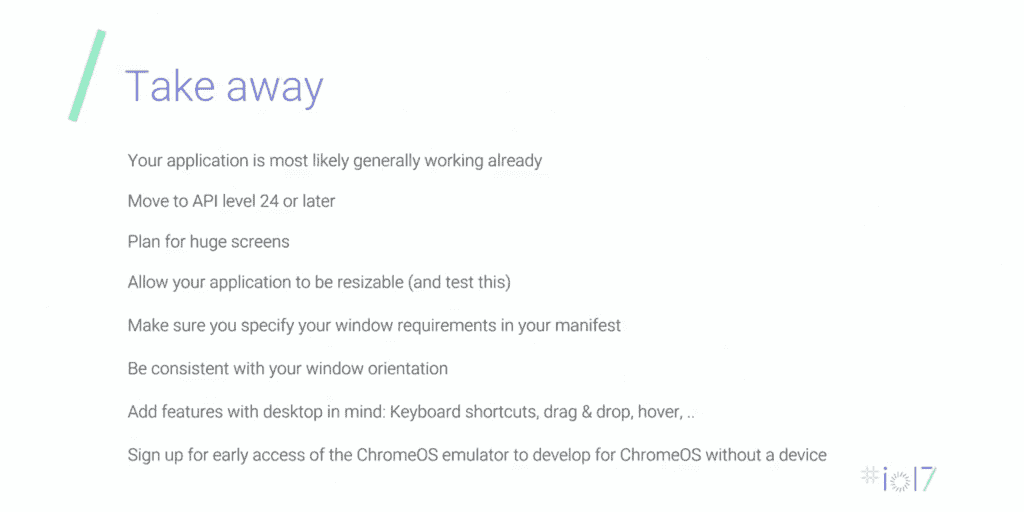