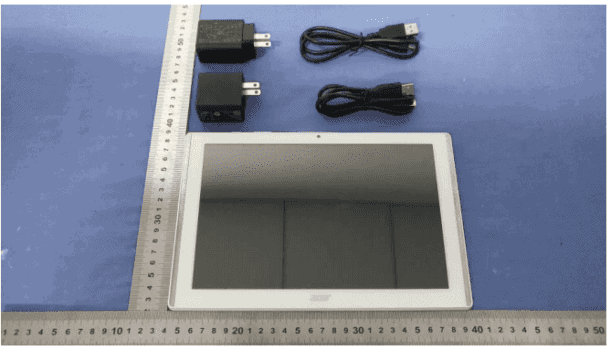 A new model of the Acer Iconia 10 Tablet has made it through the FCC certification process. This model, with the model number B3-A40, could be an update to the Acer Iconia 10 B3-A30 which was released last year. This new model, based on the FCC documents, will support 5GHz Wi-Fi and Bluetooth support. The inclusion of 5GHz Wi-Fi support could be the biggest improvement this model has over the previous model, which only supports 2.4GHz Wi-Fi. While it is not stated in the test reports and user manual, the tablet could have GPS support due to the presence of a GPS antenna within the device.

While there is not much information on the specifications of the Acer Iconia 10 B3-A40, the teardown of the device can give us some clues on its internal hardware features. The device will likely be powered by a 6,100mAh non-removable battery, which is of the same size of the older model. Software-wise, Acer Iconia 10 will include several pre-installed apps in what it calls "Iconia Suite", which will contain a memory cleaner, EZ Mode, EZ Snap and EZ Wake Up. Meanwhile, the device will have support for Split-Screen mode by tapping and holding on the recent apps button though there is no definite word if Android 7.0 Nougat is installed in the device. There is also no app drawer, with all the apps found on the home screen. At this point, there is no word on the availability and pricing of the device.