Motorola Mobility‘s entire Moto lineup that the company is planning to release by the end of 2017 was leaked online over the weekend, indicating that the Lenovo-owned consumer electronics manufacturer is looking to ennoble its product portfolio with a wide variety of new devices, presumably with the goal of delivering at least one smartphone in every price (sub)range. The names of the handsets shown in the image below might not be official, though their stated lineups are believed to be accurate. In short, Motorola is seemingly looking to release nine more Moto-branded devices in the next seven months, with the Moto Z, G, E, and C series getting two new additions each, while the Moto X lineup will be revived with a single handset.

The new Moto Z(2) Play and Moto Z(2) Force are both said to feature 5.5-inch Full HD display panels and support for Moto Mods, with the latter model boasting the company’s proprietary ShatterShield technology that should ensure the screen of the device is extremely resilient to mechanical damage. According to the same source, the new member of the Moto X lineup that’s said to be called the Moto X4 will sport a 5.2-inch 1920 x 1080 display and not a 5.5-inch one like previous rumors have indicated, in addition to boasting a so-called SmartCam and 3D glass. The upcoming additions to the Moto G lineup are only described as the Moto GS and Moto GS+, though the source later clarified that the handsets will be marketed as the Moto G5S and Moto G5S Plus. Regardless, the G5S and G5S Plus are said to sport a 5.2-inch and a 5.5-inch display, respectively, meaning that the smaller variant will boast a screen size that’s identical to that of the recently released G5 Plus.

Furthermore, the new Moto E and Moto E Plus will seemingly be designed as value-oriented devices, with the smaller one featuring a 5-inch screen with 2.5D glass and the latter one shipping with a 5.5-inch display panel and a 5,000mAh battery. The Moto C and the Moto C Plus that have recently been the subjects of many industry rumors have also been confirmed by the newly leaked image that suggests both phones will have 5-inch screens, with the more expensive variant supporting 720p resolution and being fueled by a 4,000mAh battery, while the cheapest device will seemingly have an 800 x 480 panel. 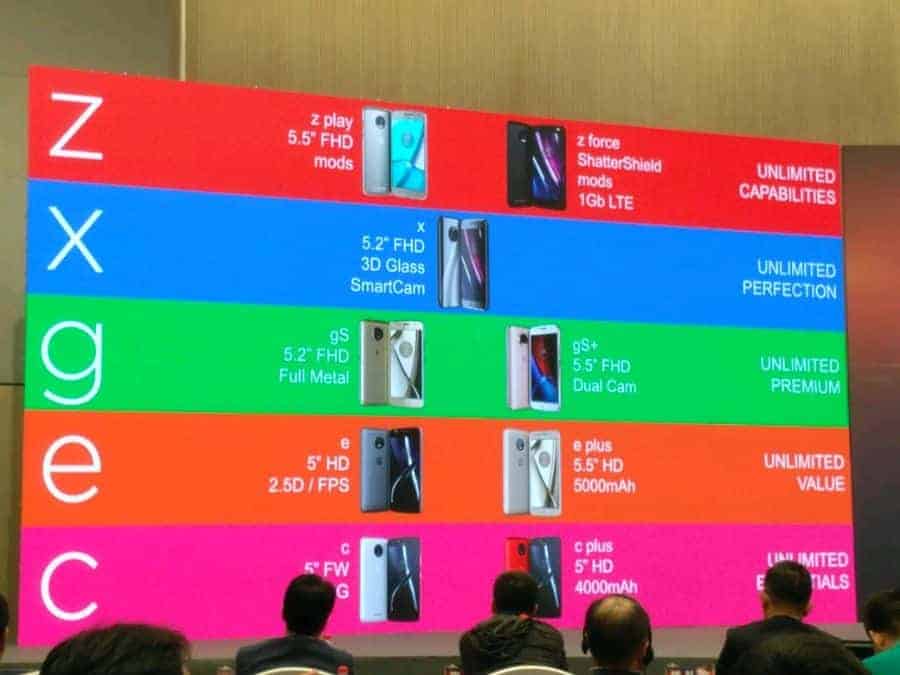