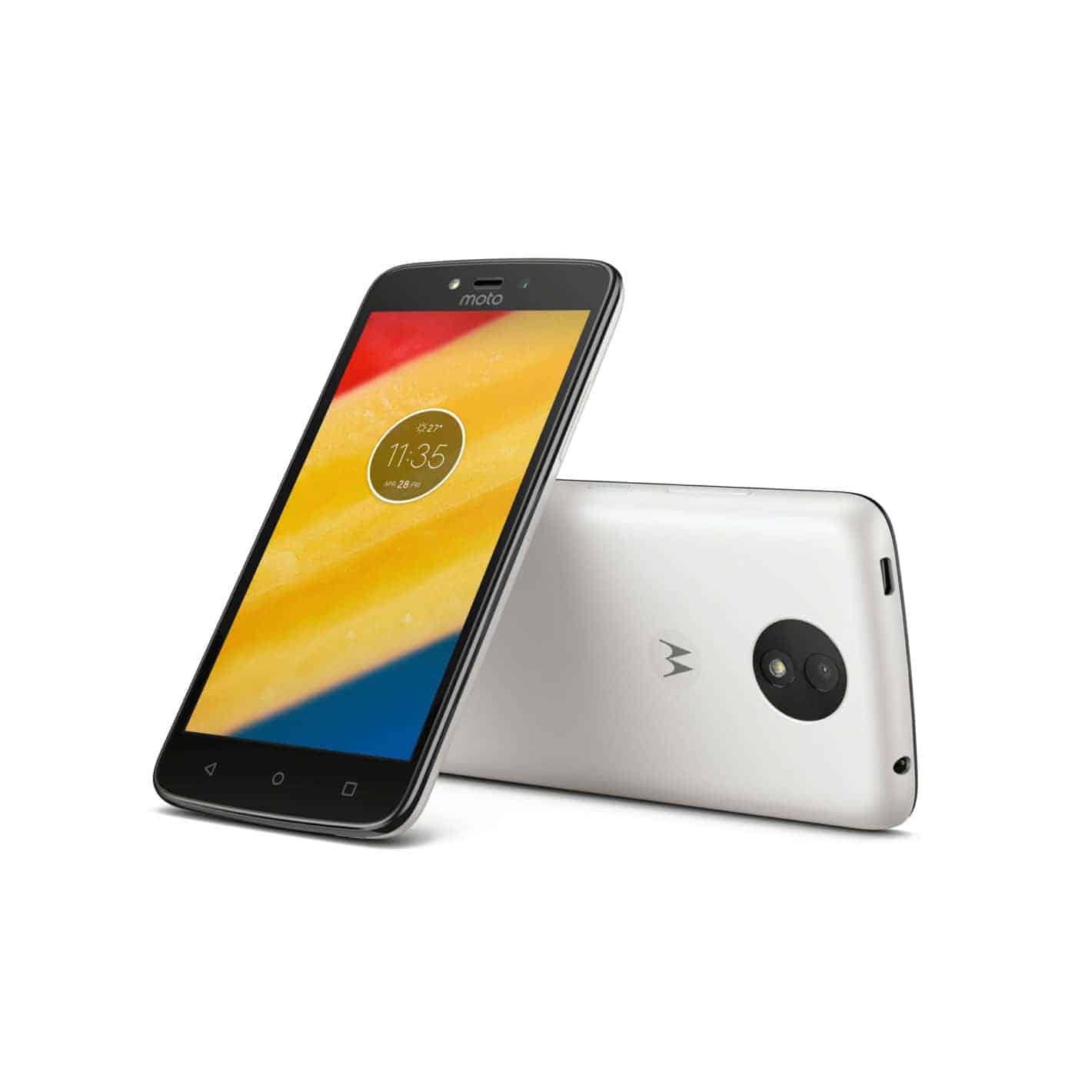 Motorola Mobility officially announced the Moto C and Moto C Plus, its latest pair of entry-level Android smartphones aimed at consumers who prioritize value and battery life when choosing a new handset. The Lenovo-owned phone maker claims that its latest product lineup fulfills all basic functions of a smartphone while simultaneously being affordable and available in a broad range of color options. The Moto C and Moto C Plus will be offered in Pearl White, Starry Black, Metallic Cherry, and Fine Gold as of this spring and will officially launch in Europe, Asia Pacific, and Latin America, Motorola said, without providing an exact release date for either device.

The Moto C is powered by the MediaTek MT6580m system-on-chip (SoC), a 32-bit piece of silicon with four cores clocked at 1.3GHz and the Mali 400 GPU. The phone ships with 1GB of RAM and 8GB of internal storage expandable by up to 32GB via a microSD card slot, features a 5-megapixel rear camera and a 2-megapixel front one, and is fueled by a 2,350mAh removable battery. Finally, the device is equipped with a 5-inch FWGA (854 x 480) display panel and runs a relatively clean version of Android 7.0 Nougat. The Moto C will be offered in 3G and 4G-enabled variants, with the former only being available in Pearl White and Starry Black. The base model will be priced at €89 (≈$97), while the more expensive variant will set customers back €99 (≈$108).

The Moto C Plus features a 5-inch HD (1270 x 720) screen and boasts the 64-bit MediaTek MT6737 SoC with four 1.3GHz cores and the Mali T720 GPU. The device will be available in variants with 1GB and 2GB of RAM, both of which will sport 16GB of storage space and a microSD card slot that will support up to 32GB of additional memory. The 8-megapixel rear camera of the phone is accompanied by a standard LED flash and its front houses a 2-megapixel shooter. All of that hardware is powered by a 4,000mAh battery that's removable, Motorola revealed, adding that the handset also ships with Android 7.0 Nougat. The British unit of the Lenovo-owned company confirmed that the Moto C will be retailed by O2, Carphone, and Tesco, starting at £89.99, while the Moto C Plus will be sold at Argos for £109.99. Both devices will also be available for purchase from Motorola's website, though it's currently unclear whether either will debut in the United States.