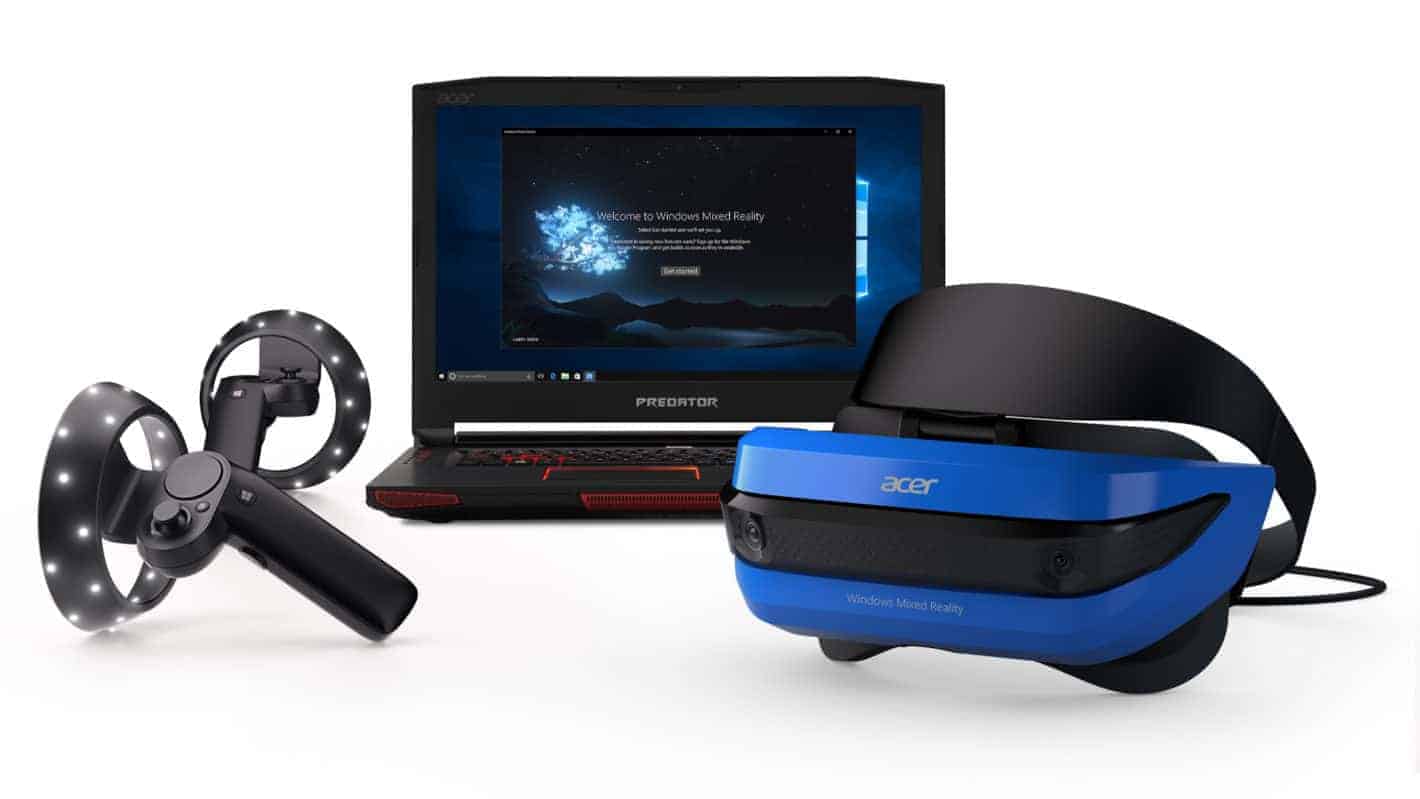 Microsoft has opened up pre-orders for Acer's Mixed Reality headset as of yesterday, where they announced the live pre-order status at their Microsoft Build 2017 conference in Seattle. Those who are interested in picking up one of these headsets will be to place their pre-orders at the Microsoft store online and they will be able to choose from two different models. The standard model which is $299 and includes the headset itself, and the bundle at $399 which includes the headset plus the Windows Mixed Reality Motion Controllers. The difference is that each model is slated for a different launch period, so interested buyers will certainly want to take that into consideration.

According to Microsoft the bundle won't be launching until later on in the year as shipments aren't expected to head out to those who pre-ordered the bundles until the holiday season, which could really be any time between the beginning of November and the end of December leading up to Christmas, which is a fairly wide range not to mention quite a ways out from now. For those that don't mind not having the motion controllers along with the headset, the standard model that comes by itself for $299 is expected to begin shipping around the Summer time so the headset will be reaching those who pre-order it a lot sooner as opposed to those who pre-order the bundle.

While the pre-orders now going live marks the first time regular consumers will be able to set their orders in stone, the Acer Mixed Reality headsets began shipping out to developers in a dev kit form earlier this month, so developers will potentially have a few months to begin work with them before consumers are able to make their purchases. Though Summer is really just around the corner so developers won't have long. Acer's Mixed Reality headset was initially shown off back during CES at the beginning of this year, and is one of the OEMs that will be making devices of this nature for the Windows platform, and joining the likes of VR options such as the Oculus Rift and the HTC Vive headsets.