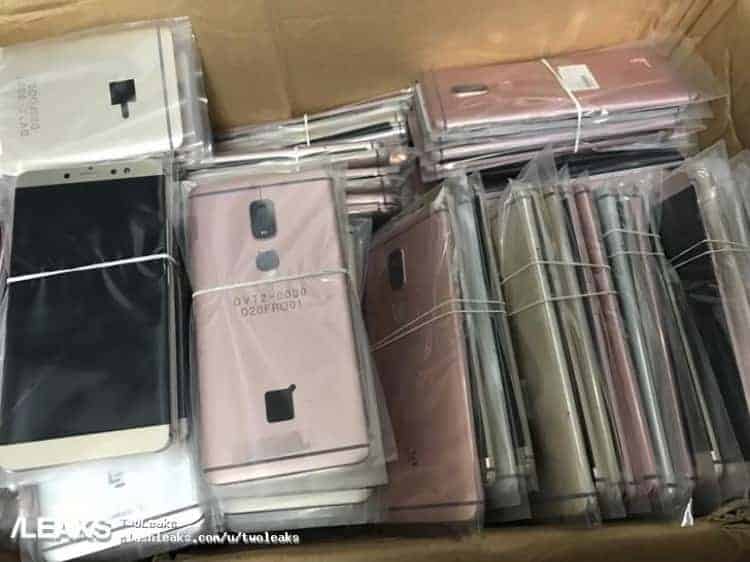 The LeEco Le X920 had surfaced a number of times in the last couple of weeks, and the phone just popped up yet again. If you take a look at the gallery below this article, you'll get to see two new, real life images which are showcasing the LeEco Le X920. You can see the device from both the front and back in these images, and they go hand-in-hand with previous leaks, which suggests that this is the final design of LeEco's upcoming phablet.

The LeEco Le X920 will probably be called the LeEco Le Max 3, which is the third-gen 'Le Max' phablet from the company. Now, this handset actually surfaced on Geekbench quite recently, and thanks to that listing, we do know that the phone will be fueled by the Snapdragon 820 64-bit quad-core SoC, and that it will pack in 4GB of RAM. In addition to that, the device will ship with Android 6.0.1 Marshmallow out of the box, says Geekbench, and on top of it, you'll get LeEco's custom Android skin. The LeEco Le X920 is made out of metal, as you can see in the provided images, and the device sports a rear-facing fingerprint scanner. A single rear-facing camera is included on this smartphone, while you can also see an LED flash which is included below it. It seems like the phone will boast a laser autofocus as well, which is placed above its main camera sensor, and the device's branding can be found on the back of this smartphone as well. All of the phone's physical keys are located on the right-hand side of its body, and the front side of the device looks quite clean. It seems like the phone's rear-facing camera and belonging sensors will protrude a bit, which is easily noticeable in the provided images, especially the second one.

Now, according to some previous leaks, the LeEco Le X920 will feature a 6.3-inch QHD (2560 x 1440) display, and will pack in 64GB of internal storage, in addition to the already mentioned spec details. A 22.5-megapixel snapper will be placed on the back of this phone, and an 8-megapixel shooter will probably be included on the phone's front side. A 3,700mAh battery is expected to be included here as well, and it will not be removable, in case you were wondering. The LeEco Le Max 2 was introduced back in April last year, and its successor is expected to land in the coming weeks.