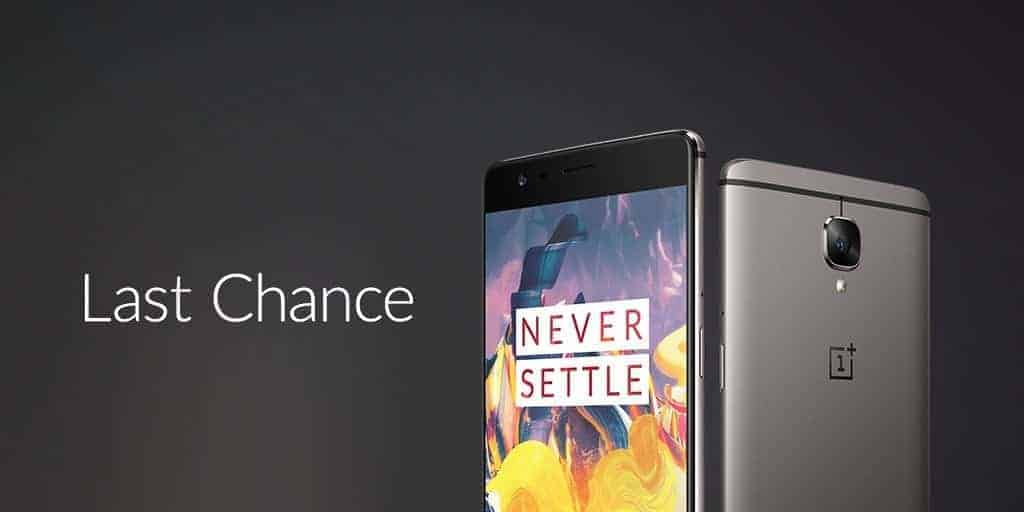 The OnePlus 3T may soon be discontinued, if a recent post on the company’s official forums is anything to go by. According to the post by a OnePlus employee identified as Steven G., only a few units of the company’s most recent smartphone remain in the warehouse, and it’s only a matter of time before stocks run out. The company, of course, is expected to announce the OnePlus 5 at some stage during this year, so it’s no wonder that it wants to clear out all its OnePlus 3T stocks as soon as possible. The device may soon become a generation old, but it was only launched a little over six months ago and, still remains a fairly decent performer in its own right.

The OnePlus 3T was launched last November as a minor upgrade over the OnePlus 3, which was launched just a few months earlier. The upgrade consisted of a newer SoC, a higher-capacity battery, more internal storage options, and an all-new 16-megapixel front camera instead of the 8-megapixel unit on its predecessor. While the OnePlus 3 shipped with the Qualcomm Snapdragon 820, the OnePlus 3T is powered by the Snapdragon 821, which is believed to offer a 10-percent performance boost over its predecessor on account of the slightly higher clock speeds of its 4 Kryo CPU cores, but otherwise has very similar specifications. While the OnePlus 3 and the OnePlus 3T both come with 6GB of RAM and 64GB of internal storage, the latter also offered a 128GB version that has since been discontinued.

While the OnePlus 3T may still find enough takers even this close to the expected launch of the OnePlus 5, the upcoming device is expected to bring a whole lot of changes and upgrades when compared to its predecessor. The company has just officially confirmed that the device will indeed ship with the Snapdragon 835 as has often been speculated in recent weeks, but many of the other rumors remain unconfirmed. Chief among them is a dual-camera setup on the back; something that’s getting increasingly more popular with every passing year. The device is also expected to be one of the very first mainstream Android smartphones to offer an 8GB RAM variant, although, that is another tidbit that has yet to be confirmed officially by OnePlus.