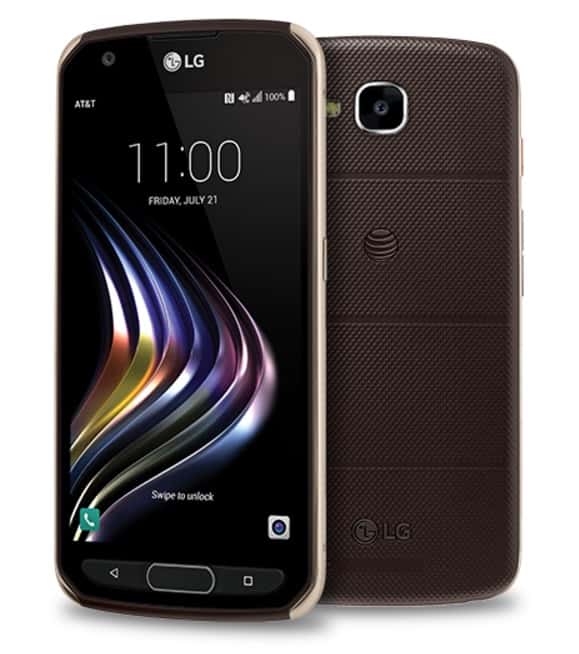 LG has officially announced their rugged, Snapdragon 435-powered X Venture smartphone, the next device in the X series family of smartphones and LG’s second device in the lineup so far. As this is a rugged smartphone it comes with an IP68 rating to protect it against water and dust. LG’s aim with the X Venture was to build a phone that suits the needs of the outdoor explorer, or anyone that just wants a good device that can handle the life of an adventurer. Having been designed for consumers who want a tougher than normal phone, LG also made sure that the X Venture was MIL-STD 810G rated, which means consumers will be able to use it without worrying that a drop or two is going to completely destroy the device.

As part of the rugged exterior LG added physical buttons to the device so it’s easier to use outside where it’s colder. With touchscreens having a harder time responding to presses in colder climates, some of the functions of the device will still be usable thanks to these physical keys. LG also lumped a handful of different features together into one single application called Outdoor Essentials that are meant to help during outdoor activities if needed. These features include a flashlight, a barometer, an exercise tracker, a compass, weather report, and activity tracker.

In addition to the IP68 rating and the Snapdragon 435 processor, the LG X Venture will be equipped with a 5.2-inch Full HD screen, 2GB of RAM and 32GB of internal storage that’s expandable via a MicroSD card, a non-removable 4,100mAh battery, and and it comes running on Android 7.0 Nougat for the software. Users will also find that the X Venture has NFC, GPS, and Bluetooth 4.2 support, and because it’s a device meant for adventures it’ll have a 16-megapixel rear-facing camera for images, as well as a 5-megapixel front-facing camera for selfies and video chat. The LG X Venture landing page will go live in the U.S from today and will launch in both black and brown color options, and it’ll be available from AT&T, though at the moment it’s not yet available for purchase as the phone hasn’t actually launched. In the upcoming weeks LG also plans to launch the X Venture in the Middle East, Europe, Latin America, Asia, and Africa. Prices for all regions are unclear at this point as they’ll be announced by retailers where the phone will be sold. For U.S. consumers on AT&T, the LG X Venture will be available at $11 a month for 30 months on the AT&T Next plan.