The LeEco Le X920 has landed on Geekbench with a Qualcomm Snapdragon 820 processor on board which suggests that previous leaks about this device may have been accurate. While LeEco has yet to announce this phone officially, the LeEco Le X920 has been rumored to have a Snapdragon 820 CPU before today’s appearance of the device on the Geekbench website. In addition to the Qualcomm Snapdragon 820 CPU, which would come with an Adreno 530 GPU for the graphics processor if the CPU is indeed the Snapdragon 820, the Le X920 is listed as having 4GB of RAM, and Android 6.0.1 Marshmallow for the software.

Prior to today’s leak, the LeEco Le X920 showed up last week Tuesday in a series of leaked images with a rumor boasting some of the same specifications. In those images you can see things like the fingerprint sensor and rear-facing camera, as well as the front of the device, and it’s thought that the Le X920 could be the upcoming LeEco Le Max 3. One thing to consider is that the LeEco Le Max 2 already had a Snapdragon 820 powering the device, and there was a model that came with 6GB of RAM although the standard model did have 4GB.

While it might seem weird that LeEco would release a follow up to a past flagship with the same processor, the Le Max 2’s model number was the Le X820, so although the processor between the Le X820 and the Le X920 are the same according to their Geekbench listings, that doesn’t rule out that LeEco could have decided to use the same processor as last year’s phone, especially given their financial issues of late. Its also possible that LeEco could use a completely different model number for the Le Max 3 once it launches. For now nothing is concrete and it won’t be until LeEco announces the Le X920, but there’s a chance more details and leaks about this device will surface leading up to that point, whenever it happens to be. Other than the RAM, CPU, and Android version, the Geekbench listing doesn’t have any other information about device hardware but it does list the scores, which are 1774 for single-core and 3955 for the multi-core. 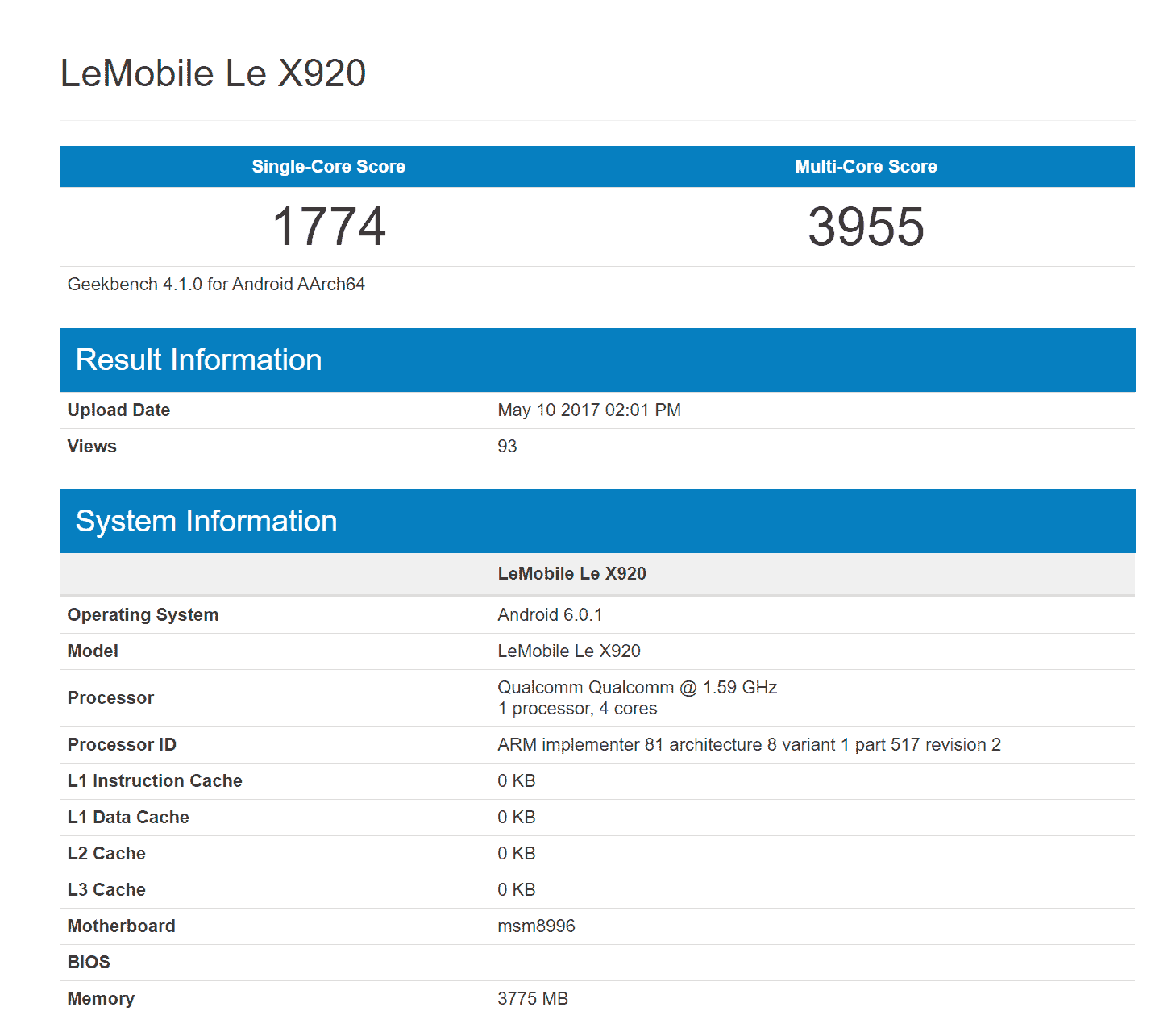