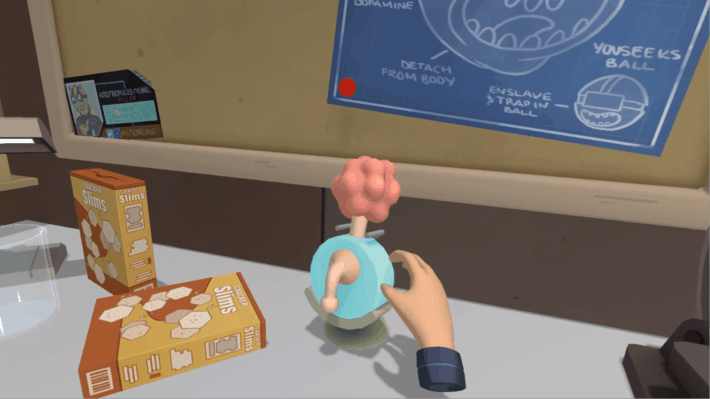 Owlchemy Labs, the creators of Job Simulator and Rick And Morty: Virtual Rick-ality, have officially become a part of Google. According to Owlchemy Labs, their vision for VR is “closely aligned” with Google’s, which makes the two a great match. Google spoke excitedly of the deal in a blog post. Notably absent in both posts were specific goals, projects, or other possible reasons for the merger. Google’s post did say that they would be working together on new VR games and “new interaction models across many different platforms,” a sentiment that Owlchemy Labs echoed in their own post by saying that the deal left them free to pursue raw creation.

It’s worth noting that Owlchemy Labs is still committed to doing the same thing that they’ve been doing, which is creating interesting games and experiences across multiple platforms. With Google in the mix, it’s safe to say that they’ll be well-funded, and that Google’s own VR platforms, Cardboard and Daydream, could end up getting a bit more attention from Owlchemy Labs in the future as a result of this deal. Owlchemy Labs’ portfolio goes well beyond their stellar library, which could be a big part of the reason that Google wanted to get them on board. They created a special spectator mode that can be used to broadcast VR games, as well as a new take on mixed reality that’s built on the use of depth coordinates.

Despite both parties’ relative silence, this is a partnership that it’s quite easy to get excited about. Both of them have extensive knowledge and history in VR, including in crafting unique and immersive experiences. It’s worth noting that Google’s top video game maker recently departed the company for personal reasons, which means that pulling Owlchemy Labs into the fold could be just what Google needs to get their game development efforts back into full swing. There are also a number of issues with the fundamentals of VR at the moment, such as the ongoing battle with VR nausea, that Google and Owlchemy Labs may have a better shot at fixing together than either of them would alone.