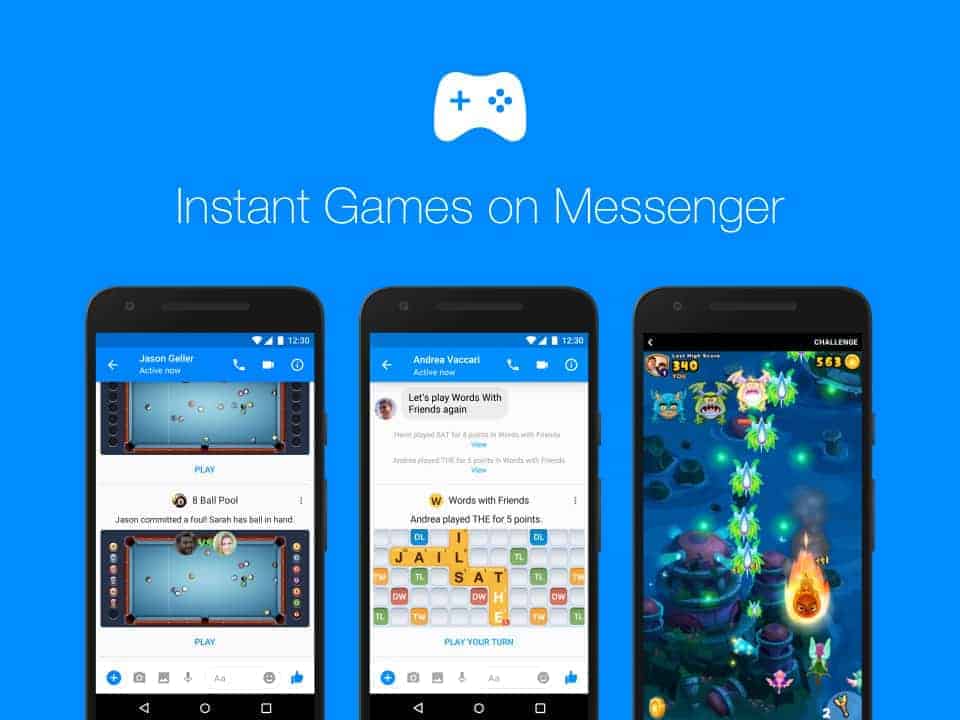 Facebook’s Messenger team announced today that Instant Games are now available for all users, all 1.2 billion Facebook Messenger users. They also announced that the features the team previewed at F8 last month, are now available for Messenger. Some of those features include rich gameplay features, and Game bots, which allow game makers to show new exciting features and rewards. Facebook noted in their press release today that “when developers start to take advantage of these new capabilities everyone wins with more dynamic and engaging gaming experiences.”

The launch is starting with one of the most popular mobile games of all time, Words with Friends, which was a popular game on Facebook as well. Zynga is beginning to turn their attention over to Facebook Messenger, likely due to the large audience that Messenger has, and the fact that games are included in the app, so there’s no need for them to roll out a new app to the appropriate app stores. Another popular game, Ever Wing is coming to Messenger and will be one of the first to use Messenger’s new Game bots feature. Facebook notes that depending on the platform you are on, and what region you’re located in, you’ll see around 50 games available as of today within the Messenger app. The rollout starts today, but will take a few weeks to rollout to everyone on iOS and Android around the world.

Facebook Messenger has become the next big thing for Facebook, in terms of growing their platform. They have a whopping 1.2 billion people using the platform, and with the addition of games, could gain even more users. Facebook is always looking for a way to engage their users, and keep them using the platform, and games appears to be their latest tool at making that happen. Facebook Messenger has become much more than just a messaging app. As you can now use it for sharing pictures with your friends, with their Snapchat-like feature, Stories. You can make calls, use the app for SMS (at least on Android devices) and now you can play games with your friends and family. 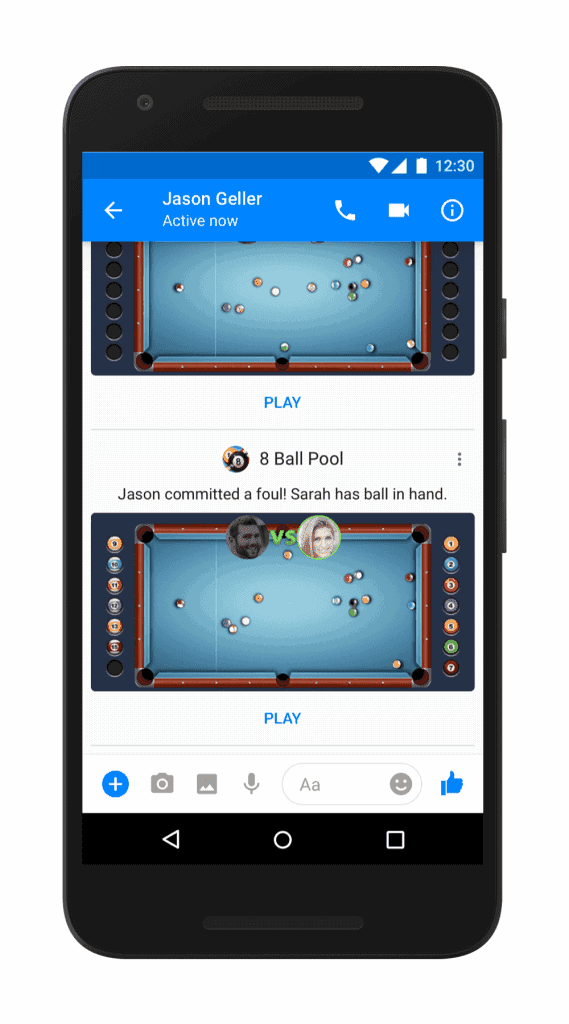