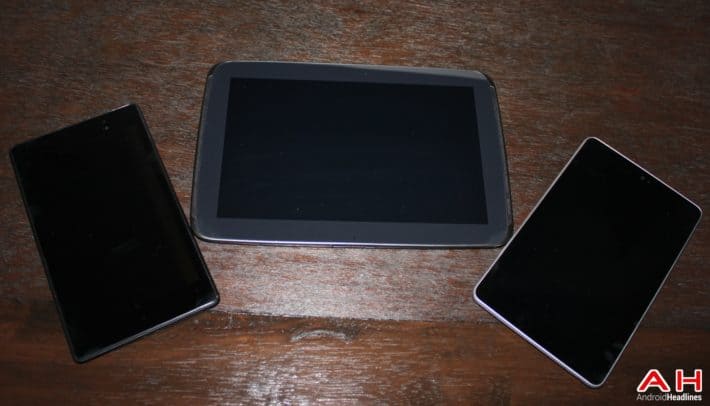 According to the latest data released by market research and analysis firm IDC, the global tablet market shrunk 8.5% YoY in Q1 2017. According to the report, about 36.2 million devices were shipped globally during the first three months of this year, marking the tenth straight quarter of decline for the industry. Amidst all this gloom and doom, if there's one silver lining for the industry, it has to be the continuing growth in demand for the so-called 'detachables' – devices that come with a touchscreen monitor and, can be used as either a full-fledged PC with a mouse and keyboard, or as a standalone tablet. Convertibles have actually experienced even stronger growth during the period, but IDC seems to believe that that former will eventually outpace the latter in the long run.

As far as vendors go, Apple remained on top during the quarter, thanks to the comparative popularity of its latest iPads in a market where most companies are struggling to gain traction. The American tech giant's offerings accounted for 24.6% of all tablets shipped globally during the first three months of this year with shipments of 8.9 million units, while Samsung remained the second-largest vendor with a 16.5% market share, shipping almost exactly 6 million units globally. The rest of the vendors continued to remain a long way off, although Huawei managed to grow a whopping 31.7% during the period, shipping 2.7 million units. Amazon's remarkable success with its Fire tablets kept it at number four with a 6% share of the market, although, the company's overall shipments did go down marginally.

As for Lenovo, the Chinese tech giant continued to latch on to the number five spot, but experienced a 3.8% reduction in shipments during the period. In fact, apart from Huawei, every single company in the top five actually experienced de-growth, with Apple leading the pack with a whopping 13% reduction in shipments, from 10.3 million units in Q1 2016, to just 8.9 million units during the same period this year. With the global tablet market in a tailspin, it will be interesting to see if the industry will be able to turn the corner at some stage, especially because the market for traditional PCs has finally registered growth this year, after almost five successive years of decline. 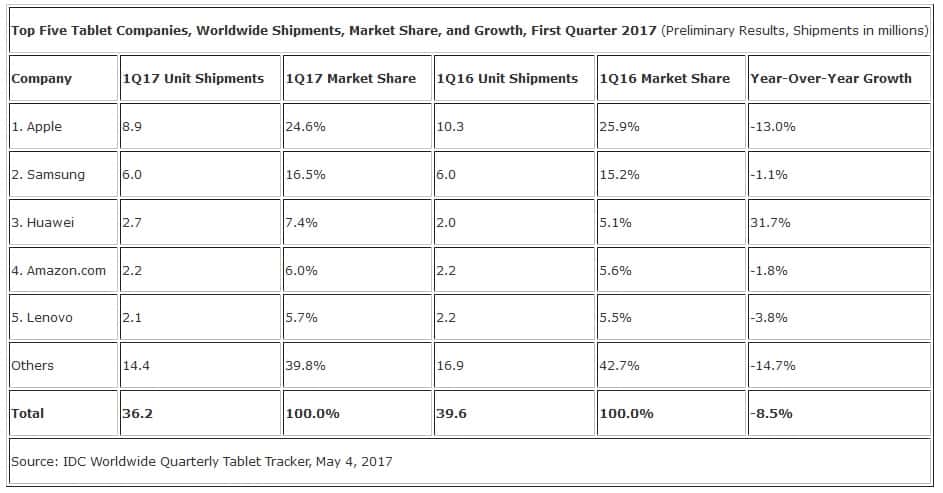