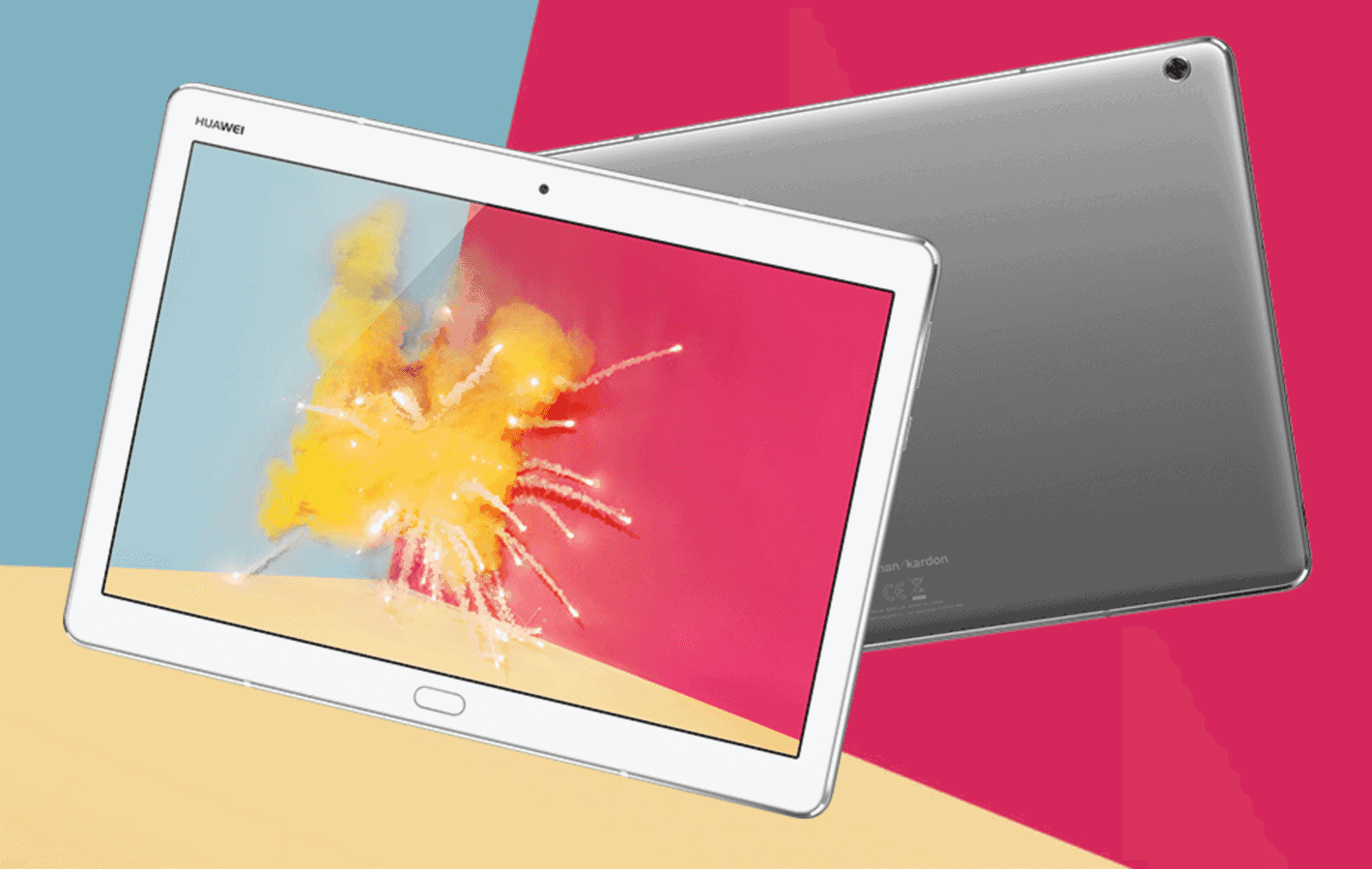 Huawei has officially launched the MediaPad M3 Lite 10 with up to 4GB of RAM. This is Huawei’s latest Android tablet to hit the market and it comes available in multiple hardware configurations, with storage size options for 16GB of internal storage that comes with 3GB of RAM, as well as a 32GB model that also comes with 3GB of RAM, and a 64GB model that comes with 4GB of RAM. Huawei will also be launching it in both Wi-Fi and LTE models to give consumers quite a bit of choice on what sort of configuration they’d like. In addition to all this the MediaPad M3 Lite 10 will also come in three different colors including Gold, Space Grey, and a White option.

Right now Huawei’s website doesn’t list any details about an availability date for when consumers will be able to actually purchase the tablet, nor is there any information on a listed price point just yet. For now this is simply a confirmation that the tablet will be available soon.

When it comes to the rest of the specs for the MediaPad M3 Lite, Huawei is using a Qualcomm Snapdragon 435 processor equipped with X9 LTE capabilities, and the CPU is also paired with an Adreno 505 GPU for the graphics processing. As the name suggests the tablet comes with a 10-inch display, but what it doesn’t allude to is the resolution, which is Full HD, or more specifically, 1920 x 1200. The MediaPad M3 Lite is using Android Nougat for the software version but it’s also layered with Huawei Emotion UI (EMUI) version 5.1, and for connectivity the tablet supports GPS, Wi-Fi 802.11ac, and LTE CAT4. The Wi-Fi also supports both 2.4GHz and 5GHz wireless networks which means those who use both will be have no troubles connecting the tablet to either network type. The MediaPad M3 Lite 1o is offering consumers both a front and rear camera with both sensors coming in at 8-megapixels, as well as a 6,600mAh battery for staying powered on during the day. Huawei doesn’t give any references to how much time the battery will last for, but the MediaPad M3 Lite is equipped with Huawei’s Smart Power Saving 5.0 technology which should help to extend battery life on days where people use the tablet a little more heavily. It’s also featuring four speakers that are tuned and certified by Harman Kardon, so the audio quality should be pretty good. 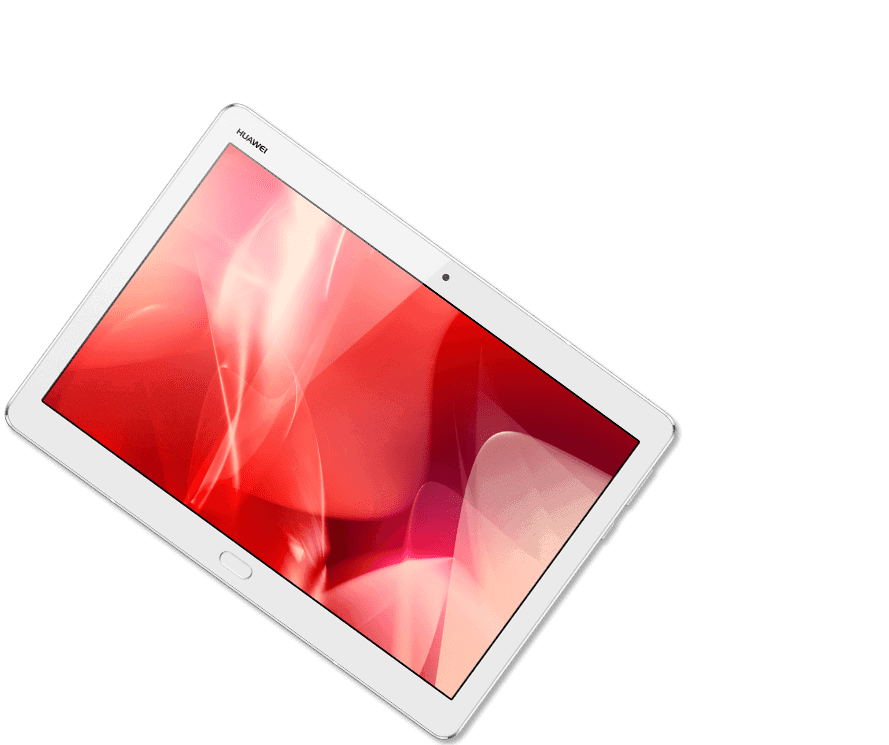 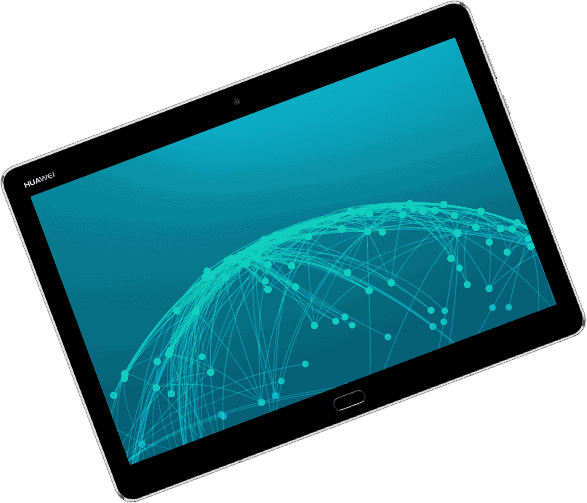 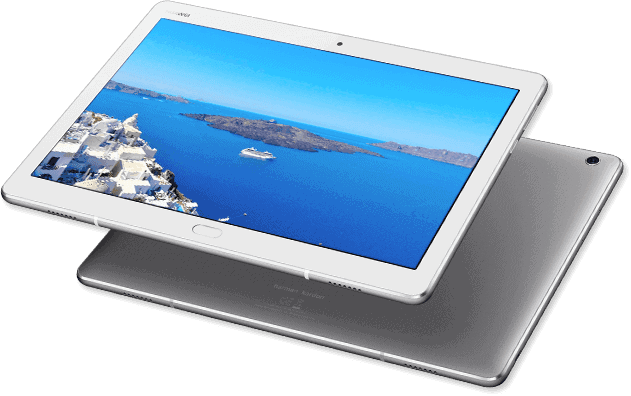 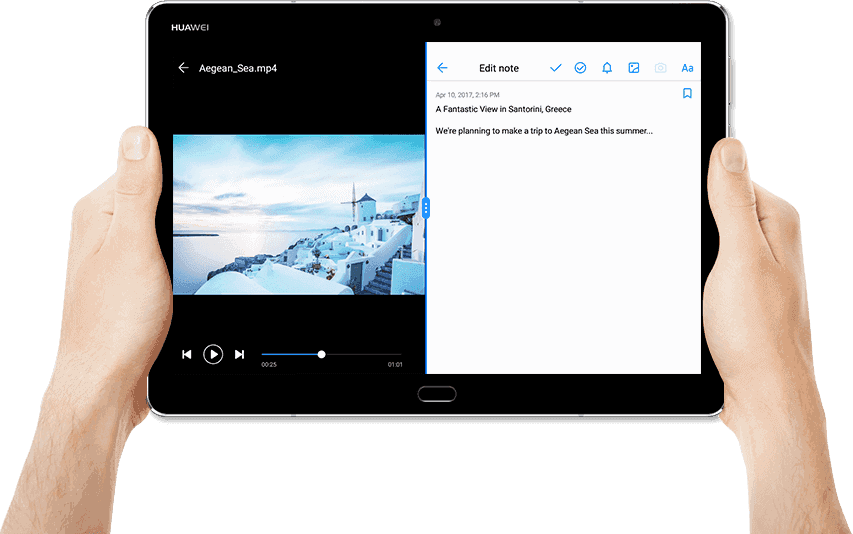 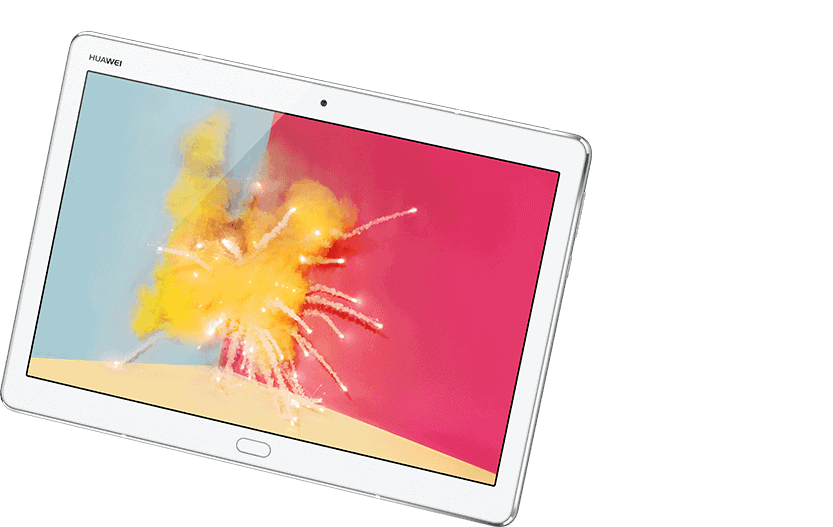