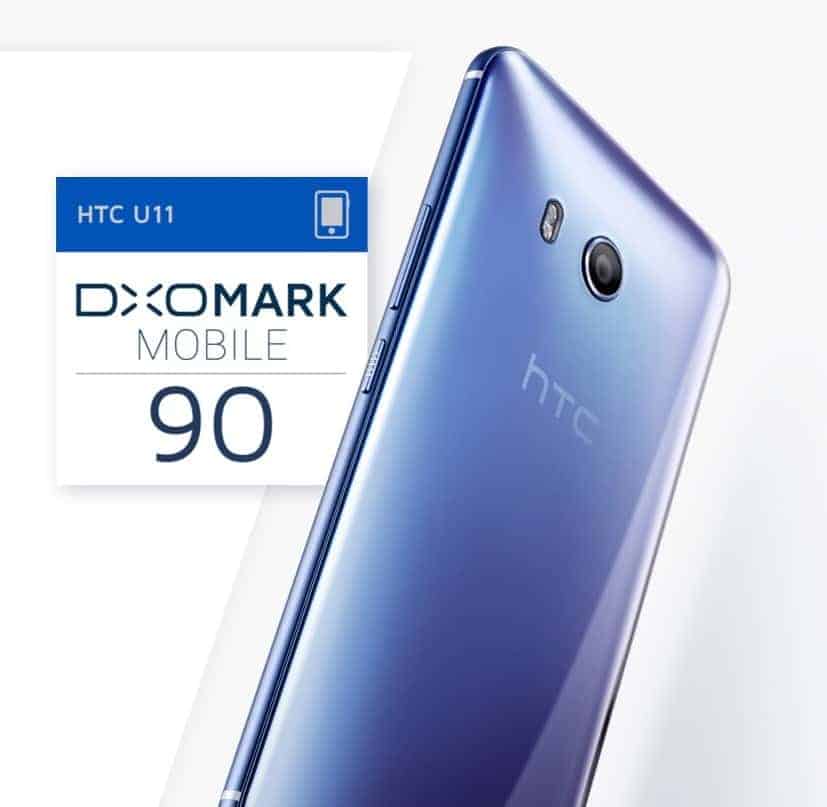 HTC has announced their new flagship, the HTC U11 today, which is something we already talked about. Now, HTC shared something really interesting during the press conference, in addition to the phone’s design, specs and features, the company said that the HTC U11 has a great camera, and the company announced that the phone received the highest rating by DxOMark, which is quite an achievement, read on.

HTC said that the HTC U11 received a score of 90 points by DxOMark, which puts it above the likes of the Google Pixel, Galaxy S8, Xperia X Performance, and so on. DxOMark still did not update their website with the HTC U11’s score, so we don’t get to see all the details when it comes to its camera, but that is due to happen soon. For now, we only know that the phone has received a 90-point score by DxOMark, and that it has the best mobile camera out there, according to DxOMark. For reference, the HTC 10, the company’s flagship for 2016, received 88 points by DxOMark. For those of you who do not know, the HTC U11 sports a 12.2-megapixel snapper on the back, the company decided to utilize Sony’s IMX362 sensor here (f/1.7 aperture), and in addition to it, you’re also getting a dual-LED, dual-tone flash next to it. Now, the phone’s front-facing shooter is also quite capable, we’re looking at a 16-megapixel snapper (f/2.0 aperture) here, which should be able to take really nice selfies.

The HTC U11 is made out of metal and glass, the device comes with a fingerprint scanner which is placed below its display, and some unique features. HTC introduced the ‘Edge Sense’ during the company’s press conference, which essentially enables you to force touch the phone’s frame in order to perform certain actions, like capture photos, for example. The device is fueled by the Snapdragon 835 64-bit octa-core SoC, it comes with a 3,000mAh battery and Android 7.1 Nougat out of the box with the company’s third-party UI on top of it. The HTC U11 packs in 4GB of RAM and 64GB of expandable internal storage, while a 6GB RAM + 128GB storage variant will become available in China. If you’d like to know more about the phone’s specs, click here.

UPDATE: The HTC U11 appeared on DxOMark, follow the source link down below if you’d like to read more about its camera prowess.