The HTC U 11 has shown up over at Geekbench and the listing shows the device has 4GB of RAM and 64GB of storage space. These particular specs details have already been known unofficially for a little while now as they were listed in our exclusive post on the HTC U 11 from last month, but HTC’s event for the new device isn’t until May 16th which means nothing has been officially confirmed by HTC. So while the RAM and internal storage may not be anything new in terms of the device details of HTC’s upcoming flagship smartphone, it is one more piece of evidence that suggests all the most recently rumored specifications at this point are accurate.

In addition to the RAM and storage space for the phone the Geekbench benchmark results also show that the HTC U 11 comes with a Qualcomm Snapdragon 835 processor and an Adreno 540 GPU for the graphics processing, both of which were also listed as coming inside of the HTC U 11 in other recent leaks about the phone. In terms of the camera, the benchmark shows HTC as using a 12-megapixel rear-facing camera complete with autofocus, face detection, HDR, flash, and touch focus, and a video recording capability of Ultra HD (4K). The front camera is listed as a 16-megapixel camera sensor, which paired together with the rear camera matches up with previously rumored details about both.

The last couple of details on the benchmark are the display, which is listed as WQHD resolution and 5.5-inches for the size, and the Android OS version which is listed as Android 7.1.1 Nougat. Again, these are also details which have been covered and leaked, so the benchmark more so serves as another unofficial confirmation of sorts that previously leaked device specs are probably accurate. Since this is just a benchmark there are plenty of specs and features that aren’t listed, such as the Edge Sensors, the Sense Companion, or even the 3000mAh battery and the use of Gorilla Glass 5 to keep the display protected. Those things are part of the device though according to the most recent rumors and leaks, and HTC will likely confirm those details at next week’s announcement event. 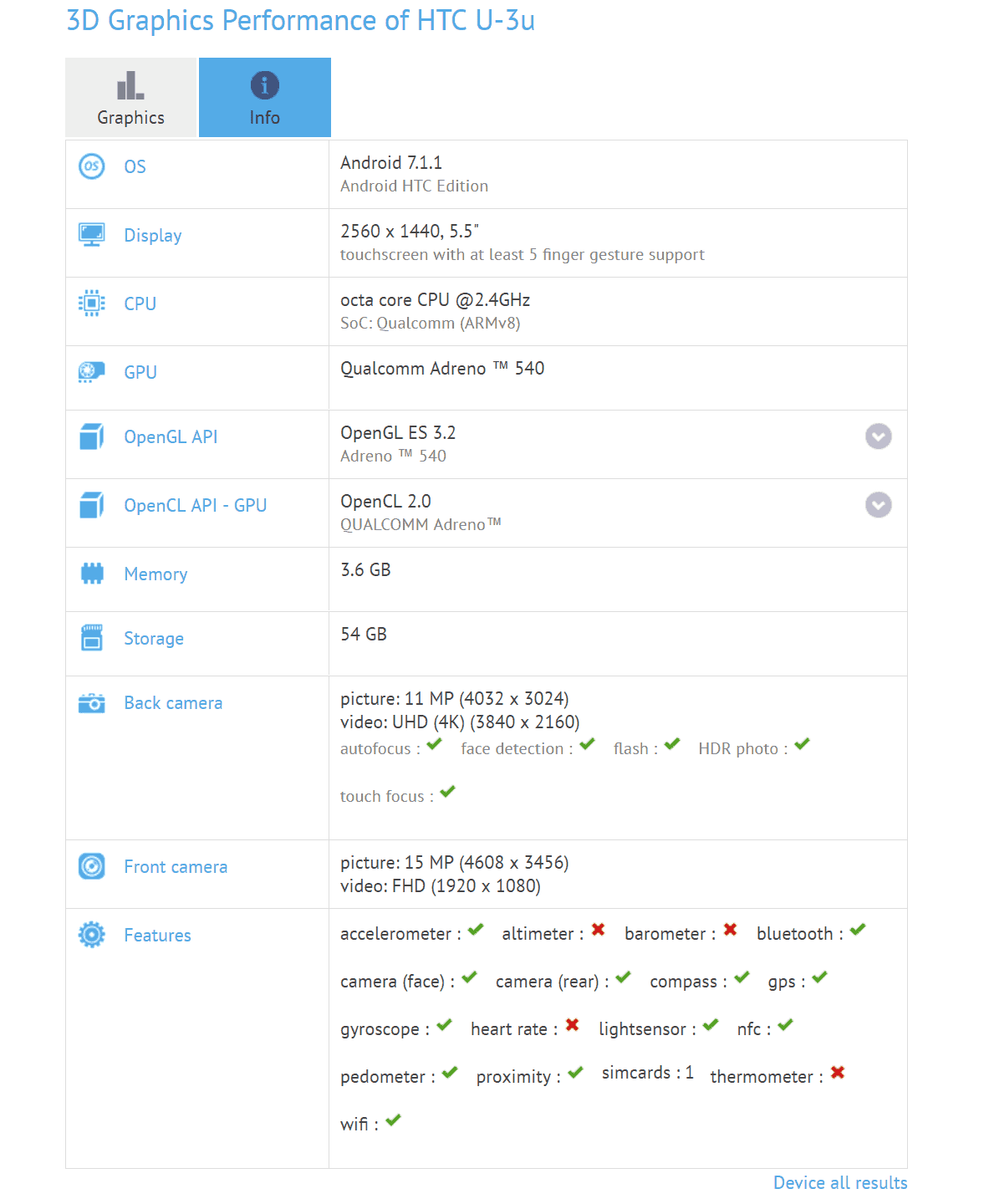