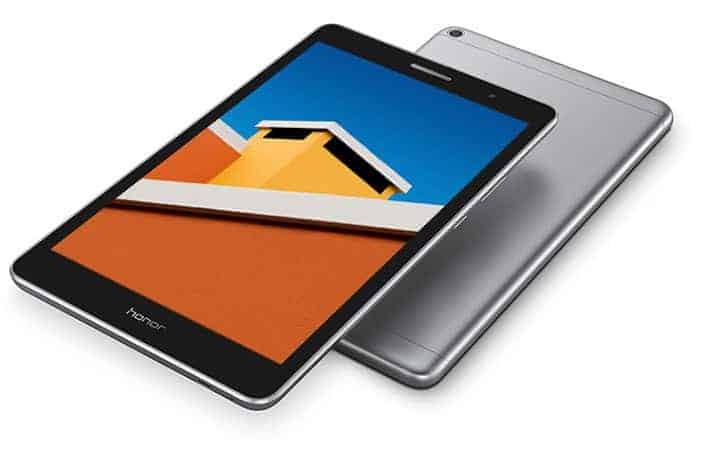 Honor has just introduced a new tablet, the Honor Play Tab 2. This tablet actually comes in two size variants, both the 8-inch and 9.6-inch variants have been announced, and they're both made out of metal. Before we get more into it, it's worth noting that these two tablets actually belong in the budget category of the market, and they come with identical specs sheets and design, the only difference here is in their display sizes, read on.

The Honor Play Tab 2 tablets not only come in two size variants, but each of those models is available in both WiFi-only and WiFi + 4G LTE variants. Both tablets come with a display resolution of 1280 x 800 pixels, and this is an IPS display technology we're looking at here. Qualcomm's Snapdragon 425 64-bit quad-core SoC fuels the Honor Play Tab 2, along with the Adreno 308 GPU for graphics. These two tablets pack in 2GB / 3GB of RAM and 16GB / 32GB of native storage (depending on the version), while you can also expand the Honor Play Tab 2's internal storage via a microSD card up to 128GB. There are two SIM card slots available inside of the Honor Play Tab 2, and a 5-megapixel shooter is placed on the back of both of these tablets. A 2-megapixel camera can be found up front, and a 4,800mAh battery is here to provide enough juice to get you going. The 8-inch model of the Honor Play Tab 2 measures 211.07 x 124.65 x 7.95mm, while it weighs 350 grams. The larger, 9-inch variant, measures 229.8 x 159.8 x 7.95mm, and weighs 460 grams.