The Google Play Store now supports notifications for "Deals and promotions," some users of the most popular Android app marketplace have discovered, having received the new option in the last 24 hours. It's currently unclear whether the Mountain View, California-based tech giant introduced the new feature through a client-side update or a server-side switch, though the latter scenario seems more likely. Notifications for promotions are accompanied by those for pre-registrations on the Google Play Store that are designed to notify users about new games that they can register their interest for in advance. The option is an extension of the pre-registration functionality that was introduced by the Alphabet-owned company a while back and was successfully utilized by a number of high-profile developers including Konami and Nintendo.

Both notification options are a part of the new Notification section of the Google Play Store's settings page and can simply be turned on or off via a digital toggle, as evidenced by the screenshot below. The feature still isn't live in all territories and it remains to be seen whether it will be available globally in the coming hours, i.e. whether Google is currently in the process of rolling it out worldwide or not. The Internet giant has yet to comment on the new Google Play Store section in any official capacity, indicating that the functionality might be an experimental one and could be tweaked before being released to all markets, provided that it doesn't get scrapped in the meantime. Users who have received the new toggles and have turned them on are yet to report receiving any related notifications from the Google Play Store.

It's currently unclear whether the recently introduced notification options are meant to inform users of individual promotions and deals or if they were designed to bundle such offerings together, though it's possible that they can do both, depending on the volume of relevant information that's available at any given point in time. The description of the pre-registration option indicates that it only pushes out notifications for individual pre-registrations for games and isn't applicable to any other type of apps. More details on the new feature and its availability may follow shortly. 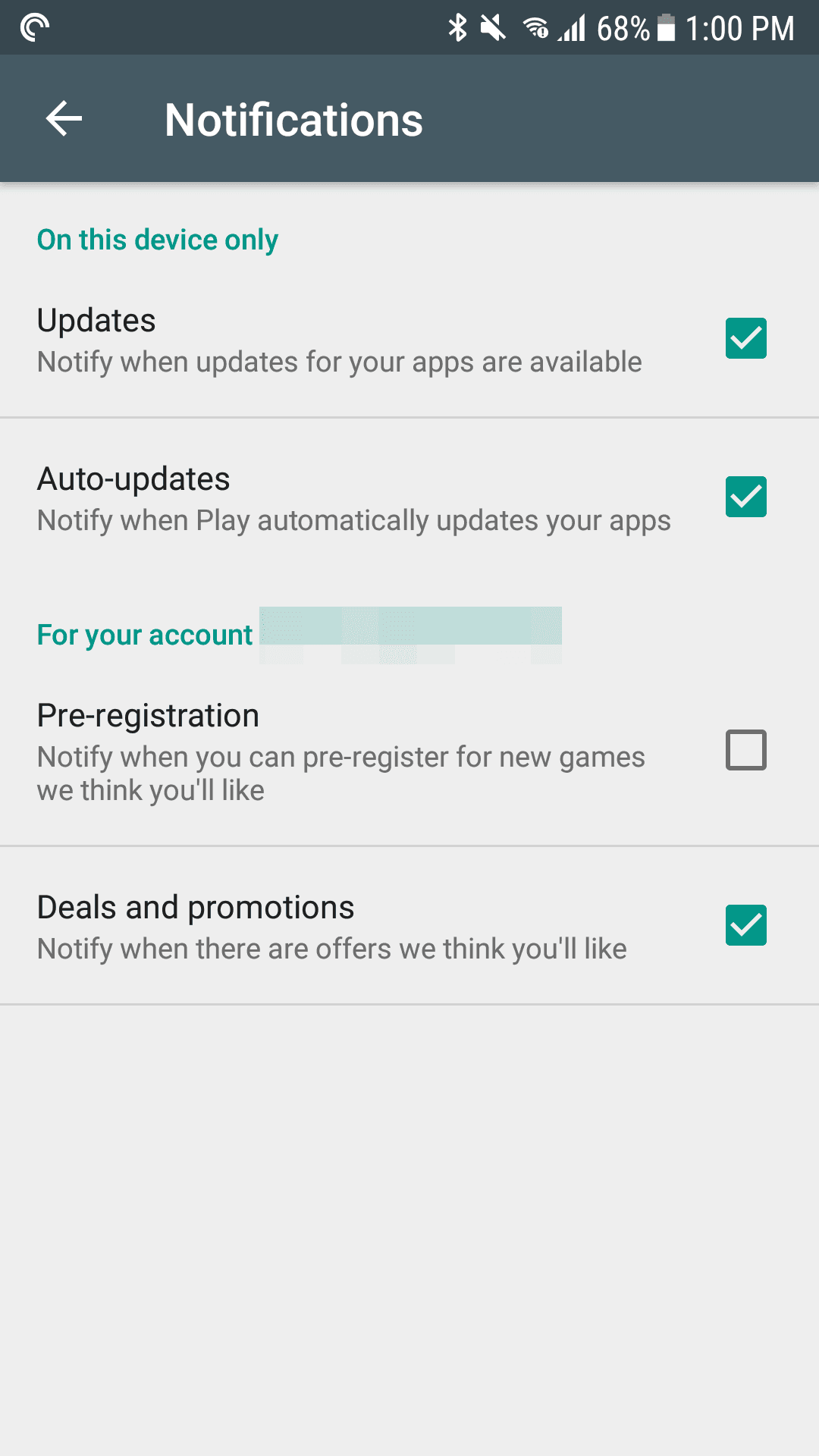