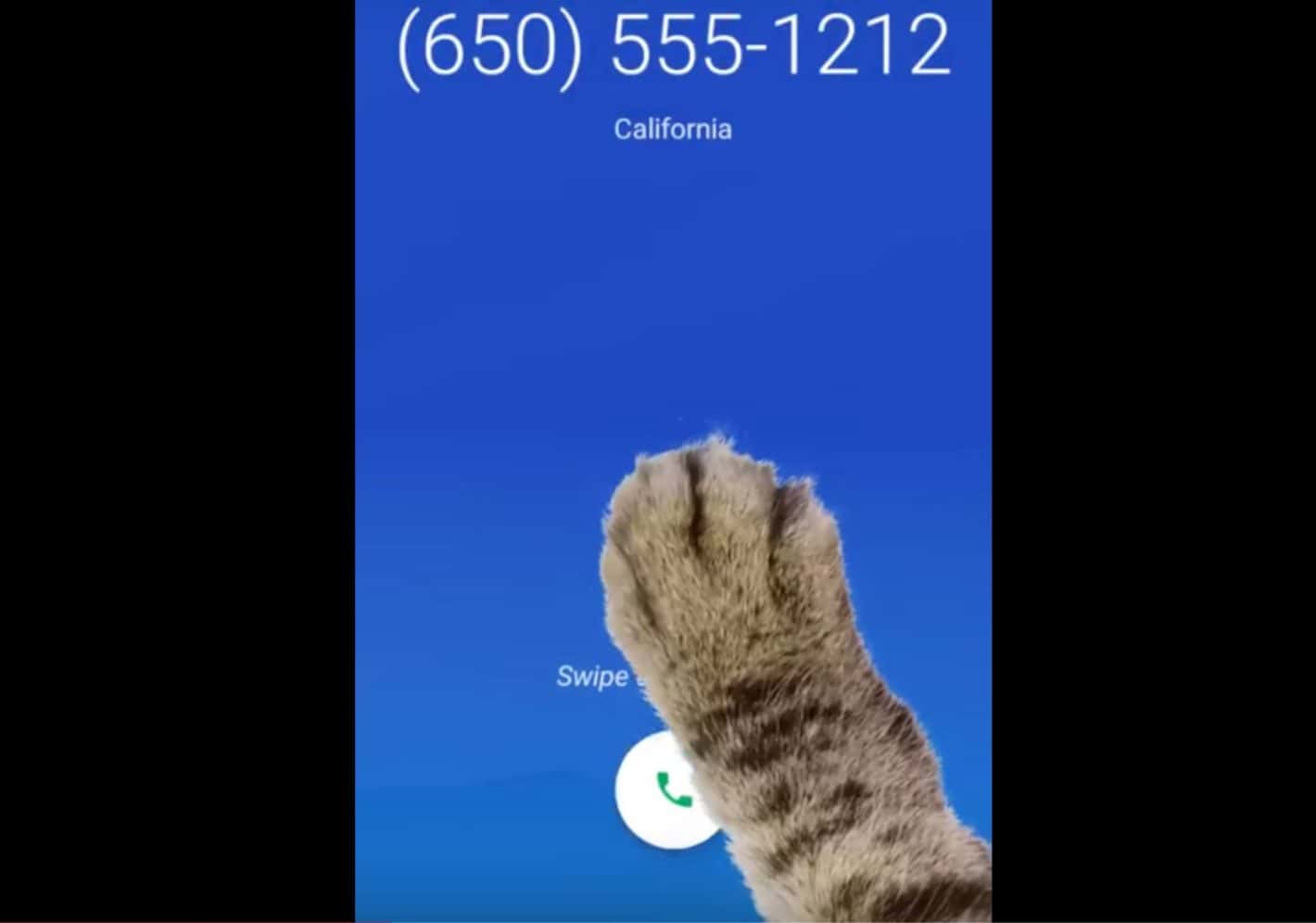 Android developer Kieron Quinn discovered a secret "Paw Mode" in the latest build of Google Phone that was distributed through the Google Play Store earlier this month. A recent teardown of the 9.0 version of the app revealed the existence a number of unusual assets in the form of cat and dog paws, but up until now, their exact purpose wasn't clear. However, after digging through the code present in the latest APK build of Google's Phone app, Quinn managed to uncover a way to activate the Paw Mode that utilizes those curious assets. The app's manifest reportedly detects when users dial "*#*#729#*#*" and enables the Easter egg that seemingly serves as a humorous tutorial that explains how answering a call works every time the incoming call screen is activated, i.e. when the user is receiving a call. Apart from telling users to "swipe up to answer," the Phone app visualizes that action with an animal paw that can belong to either a cat or a dog.

The choice between the two assets is apparently random and can change each time the phone starts ringing, though tinkerers can also trigger a specific asset manually by switching its resource ID, as Quinn did in his demonstration of the entertaining Easter egg. Once the Paw Mode is enabled by dialing its secret code, the app will remember its new state even after being closed manually. The only way to disable the functionality is to dial the same code again, and the feature itself seemingly doesn't do anything other than change the design of the incoming call screen. Refer to the video and gallery beneath this writing to see how the secret Paw Mode in Google's Phone app looks like.

The inclusion of this amusing Easter egg is nothing new for Google whose developers have often proven to be prone to making lighthearted jokes in their software. While the Phone Paw Mode was well-hidden and not officially publicized by the Mountain View-based tech giant, some of the company's previous products included much more easily discoverable jokes. E.g. the firm recently decided to celebrate Star Wars Day by dressing up the Android Pay Bugdroid as R2D2 on May 4.