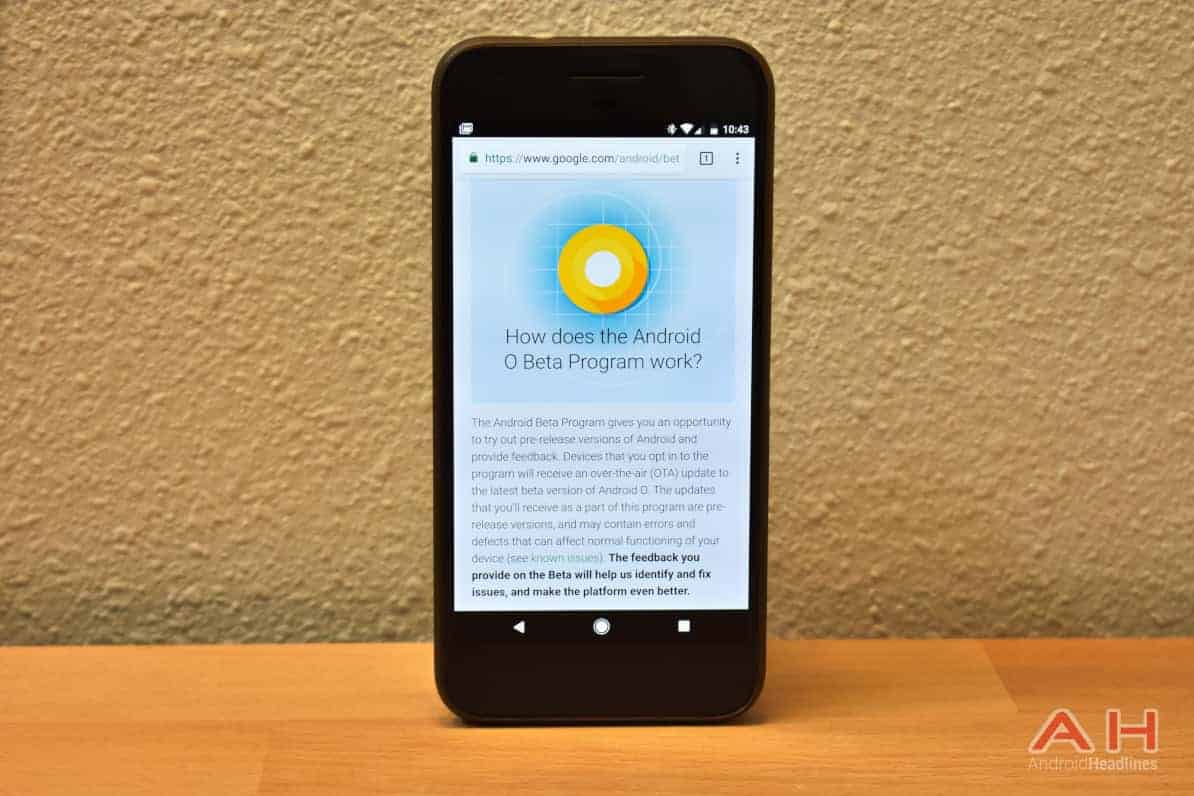 Google has officially launched the Android O Beta program, making it possible for anyone with a compatible device to receive the software updates for different beta versions of Android O as Google progresses through the development of the software until it reaches a final and stable release. While Google has already released two developer previews of Android O so far, the beta program pushes the latest versions of the Android O software out as over-the-air software to devices like the Pixel, so users won’t have to manually flash the dev previews. This makes using the beta software a lot simpler.

All that said, the Android Beta Program sends out pre-release software which means users shouldn’t expect the software to be any different from the dev previews that people have been using. There are known issues and things that won’t work correctly and the beta program releases will include these issues too, some of which include things like regressed battery life and some system UI crashes when adjusting the brightness. Users will want to take these things into account before opting into the beta program, but if you’re the type that isn’t bothered by potentially inconsistent functionality then you can opt into the beta program right now.

Eligible devices include the Google Pixel and the Pixel XL, as well as the Nexus 5X, the Nexus 6P, the Pixel C tablet, and the Nexus Player. Opting in doesn’t mean you have to stick with the beta program forever as Google does allow you to opt out at any time, but if you ever do decide to opt out you’ll want to make sure to back up your data and revert back to a stable version of software before opting out as opting out while you are running the beta software will wipe the device completely. Users who were opted into the Android N Beta Program will need to opt in again if they want to receive OTA updates for the Android O beta software, though this process is super simple and updates arrive within 24 hours of opting in, so the update comes along pretty quickly. If you want to opt in with a compatible device you can do so by clicking or tapping the button below.