Google inserted a Star Wars easter egg into Android Pay this week to commemorate the celebration of Star Wars on May 4th, which is officially Star Wars Day and the day that Star Wars fans have long been recognizing the film with an attached phrase on social media that states May The 4th Be With You. Google is hardly the only company or brand to take advantage of this day and capitalize on it by any means necessary, but they do seem to be the only company that has used the Star Wars Day celebration as a way to incorporate an easter egg into one of their services by way of promoting more usage of their own app.

To get the easter egg to show up all users have to do is go out to any retailer where Android Pay is supported, buy something, and the easter egg will promptly appear, showing off a little bug droid which looks exactly like R2D2 from the Star Wars films. That said, this is only an easter egg which is going to show up through today, meaning if you try to buy something this weekend you’ll miss out on the opportunity to see the easter egg in action and the way it was intended.

While the presence of such a revelation is little more than an enjoyable scenario for those that may be fans of Star Wars or really anyone that just gets a smile out of random happenings, easter eggs like this one are part of the Android culture as easter eggs have been included in Android software itself for most of the previous generations dating all the way back to Gingerbread. Having said that it shouldn’t really be surprising to anyone when an easter egg pops up in an application that is developed and published by Google, as easter eggs are kind of their thing. Still, not being entirely surprising doesn’t make this particular easter egg any less awesome, so with the handful of working hours that businesses have left before they close in the U.S., if your bank supports Android Pay, go out and make a purchase even if for something small, and you’ll be treated to this tiny little gem that will soon disappear. 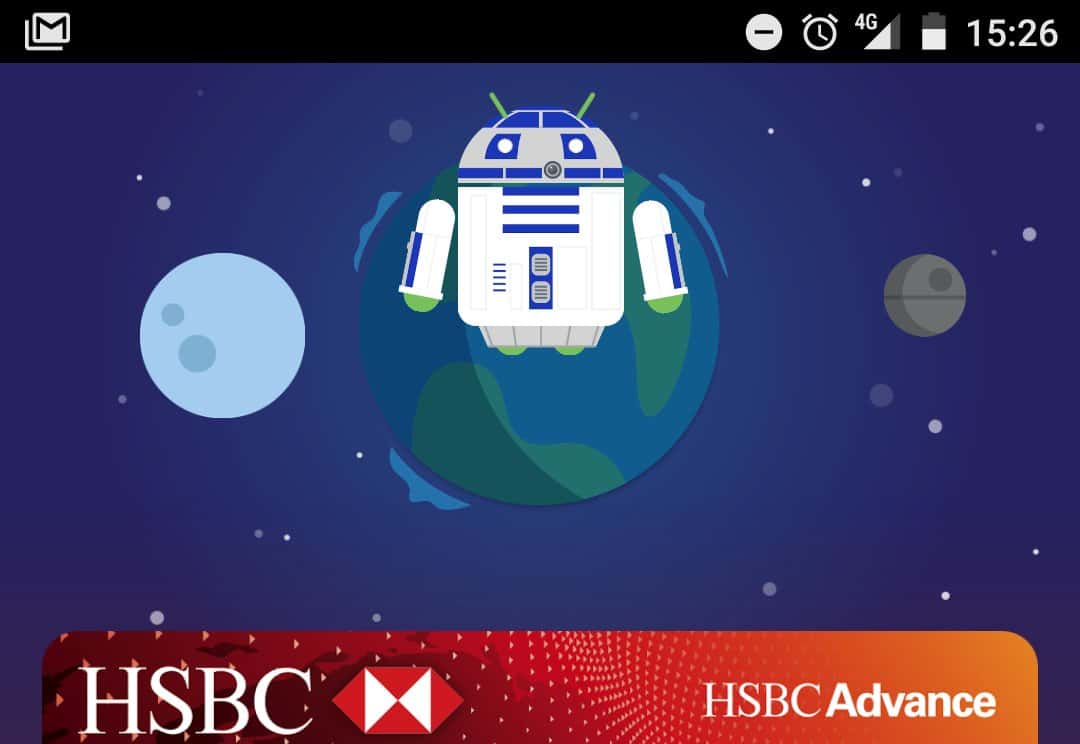