Google is adding a slider control to Android O‘s Night Light feature that will allow users to adjust the strength of it. While Night Light mode is available in Android Nougat, the feature can only be enabled or disabled with no way to make adjustments to how much of the light filter is applied to the screen. Android O will change this and users will be able to turn the feature either up or down.

Adjusting the intensity of the Night Light mode will give users more control over another piece of the Android system to use their devices just the way they like, and will be a perfect change for those that enjoyed having a native night light mode available but wanted to take things just a little bit further by having the capability to bring the intensity up or down. For those that are unaware the Night Light mode was added as a way for users to filter out some of the blue light that’s emitted from the smartphone screen, and the slider will essentially allow you to make it so that less of that blue light is filtered out. When enabled with no adjustments, or better yet when enabled in Android Nougat without the slider being present, Night Light mode introduces a fairly noticeable yellow tint onto the screen. The slider will make that tint less noticeable if dragged closer to the left side of the display.

This particular change is only just now being introduced and was not accessible in the Android O Developer Preview 1, and as things are always subject to change all the way up until the final release there is always a chance that this slider control bar could disappear before the software reaches the public as a stable Android O build. That being said, it seems like a feature Google would want to keep around as it does pose some usefulness and it allows users to fine tune the Night Light mode to their own personal tastes, as opposed to just forcing the feature on them and requiring them to take it or leave it as is. 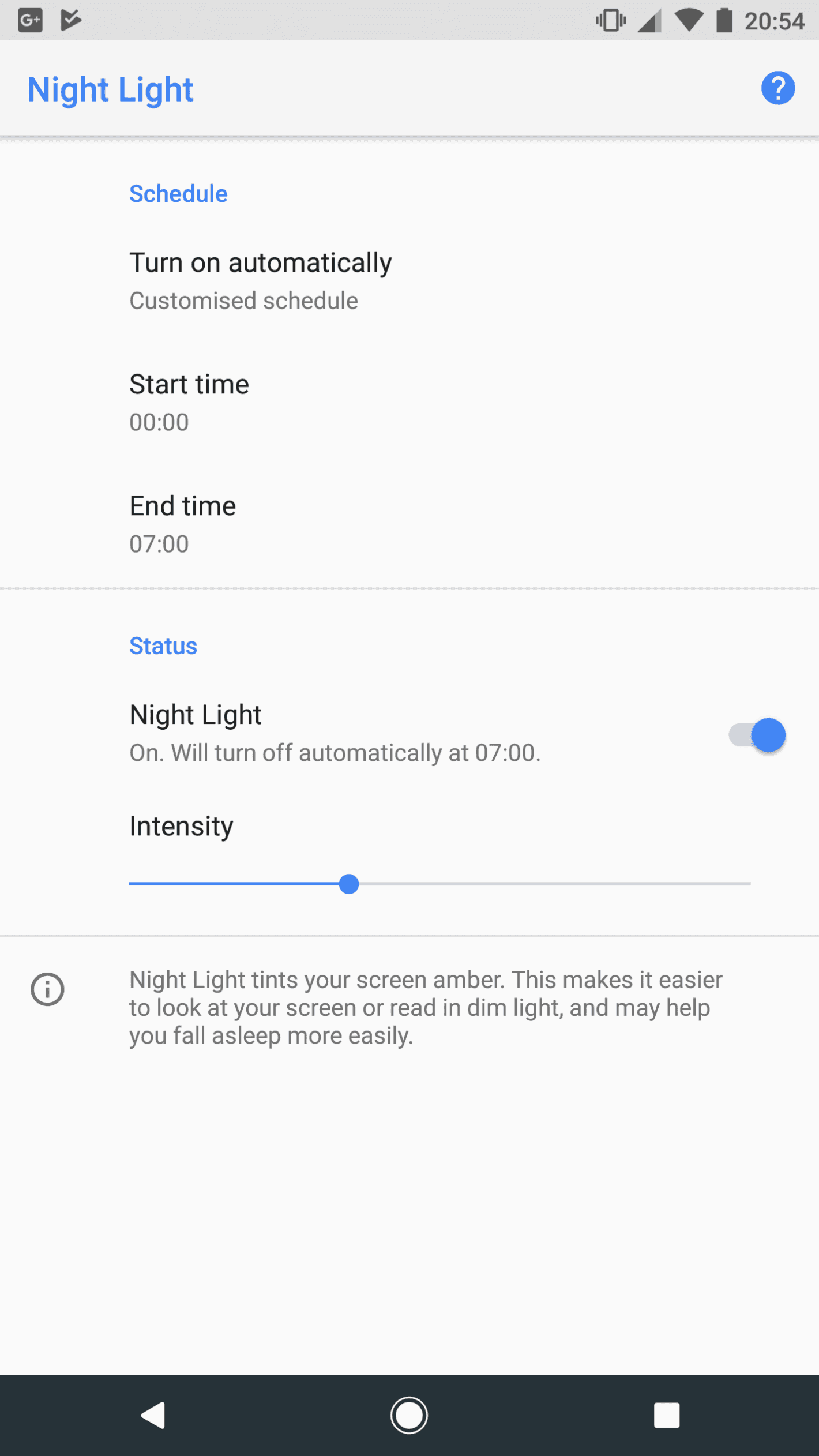