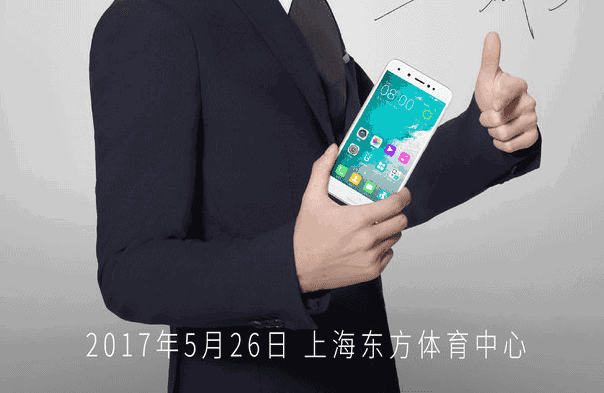 The Gionee S10 has been popping up all over the internet in the last couple of days, the device also got certified by TENAA (China’s equivalent to the FCC), and according to the newly leaked info, it will be announced on May 26 in China. Even the Gionee S10 Plus had popped up quite recently, and that variant of the device will probably launch alongside the regular Gionee S10 later this month.

Now, the Gionee S10 is not exactly a high-end smartphone, but thanks to its specifications, it definitely belongs in the upper mid-range class of smartphones. Now, the Gionee S10 is also interesting because it will ship with a quad camera setup, if the leaks are to be believed. The device will pack in two rear-facing cameras, and two front-facing shooters. According to info provided by TENAA and benchmarking sites, the Gionee S10 will sport a 5.5-inch fullHD (1920 x 1080) display, 4GB / 6GB of RAM and 64GB of expandable internal storage. The 6GB RAM variant of the device was certified under the Gionee S10L naming, and chances are that Gionee plans to release both of those versions on May 10. The device will be fueled by a 64-bit octa-core processor clocked at 2.0GHz, and we’re probably looking at MediaTek’s Helio P20 64-bit octa-core SoC here.

The device will come with two 13-megapixel shooters on its back, next to which you will get an LED flash. This information was provided by TENAA, while some other leaks (and another TENAA listing) claim that we’ll see 16-megapixel and 8-megapixel snappers on the back of this device. Now, as far as the phone’s front-facing snappers are concerned, you can expect to see 20-megapixel and 8-megapixel selfie shooters built into this smartphone. Android Nougat will come pre-installed on the device, along with Gionee’s custom UI, while a 3,450mAh battery will also be a part of this package. The Gionee S10 will be made out of metal, and its fingerprint scanner will be placed below the display, as you can see in the provided image. That’s pretty much all the info that we have thus far, stay tuned, the phone is coming on May 26. 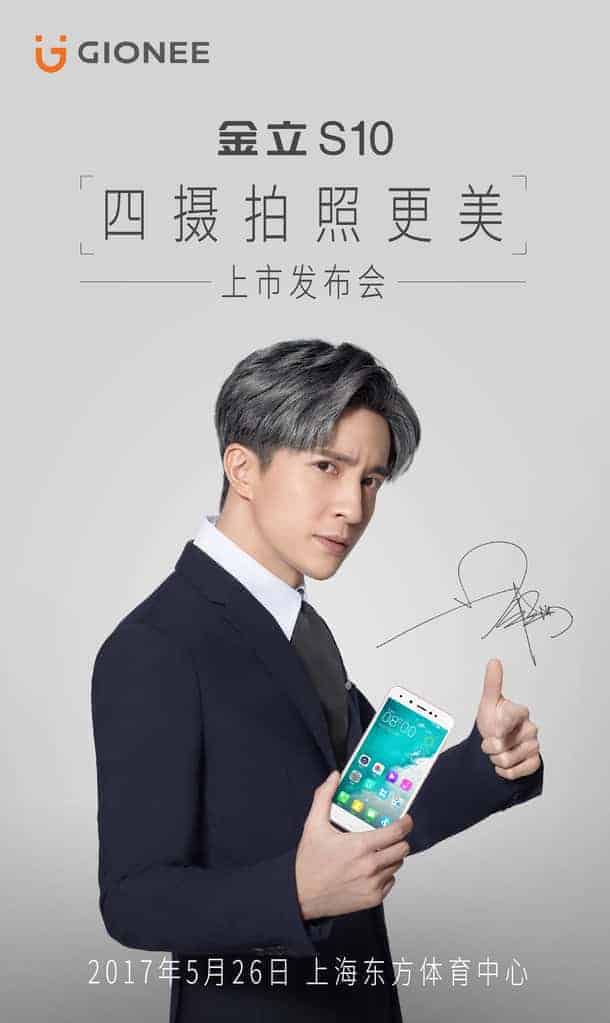