Facebook and Messenger are now back up after several hours of downtime that prevented users in parts of North America, Australia, and Asia from accessing the most popular social media network and instant messaging (IM) solution on the planet. The outage occurred around midnight Eastern Standard Time and its effects were felt by users for between 20 minutes and four hours, latest reports indicate. In a statement emailed to TechCrunch on Tuesday morning, a representative of the Menlo Park-based social media giant confirmed that the company was experiencing “a technical issue” that prevented people in some parts of the world from accessing two of its most popular services. Furthermore, the spokesperson confirmed that the cause of the outage has now been eliminated and none of Facebook and Messenger users should be experiencing any issues as of right now.

At around the same time, some users from India reported that they were unable to access Twitter for a short period that lasted under 20 minutes, speculating that both problems have been caused by an issue with Amazon Web Services (AWS). However, the two likely aren’t connected as there’s no proof that Facebook is using Amazon’s hosting services in favor of its own data centers. Furthermore, while Facebook seemingly resolved its technical issues that prevented a significant portion of its users from accessing the social network and its IM service, Twitter is apparently still unavailable in parts of North America and the majority of Japan, according to Down Detector’s live availability map whose recent screencap can be seen below.

It’s currently unclear what kind of a technical problem managed to render both Facebook and Messenger unusable for several hours, but the company’s statement acknowledging the ordeal and confirming its resolution didn’t contain any details on the matter. If similar incidents experienced by Facebook in the past are any indication, the Menlo Park-based social media giant likely won’t clarify the situation any further. On a possibly related note, the company’s communications service WhatsApp also experienced a global outage last week as hundreds of millions of people were unable to access the service for several hours. 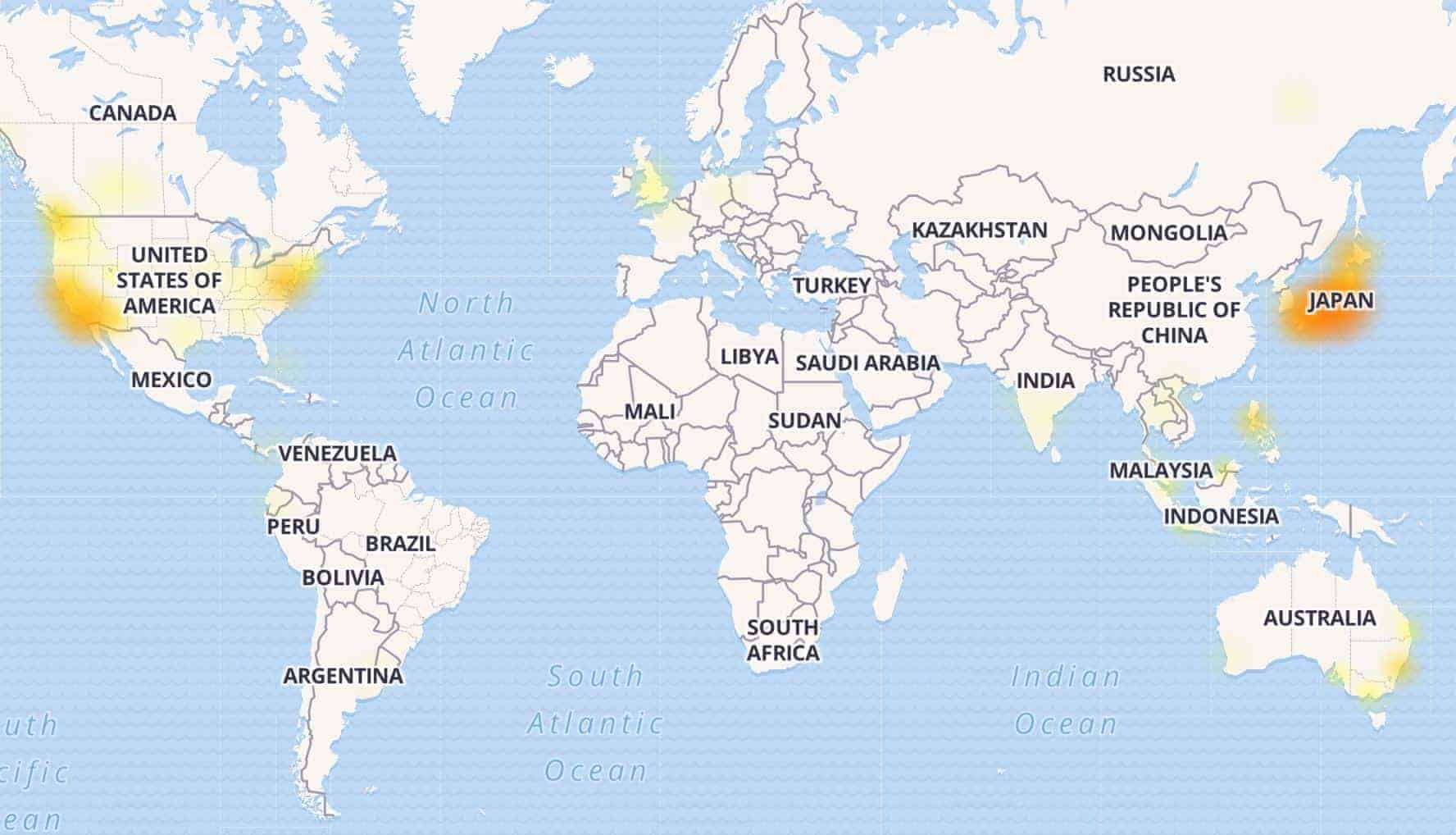