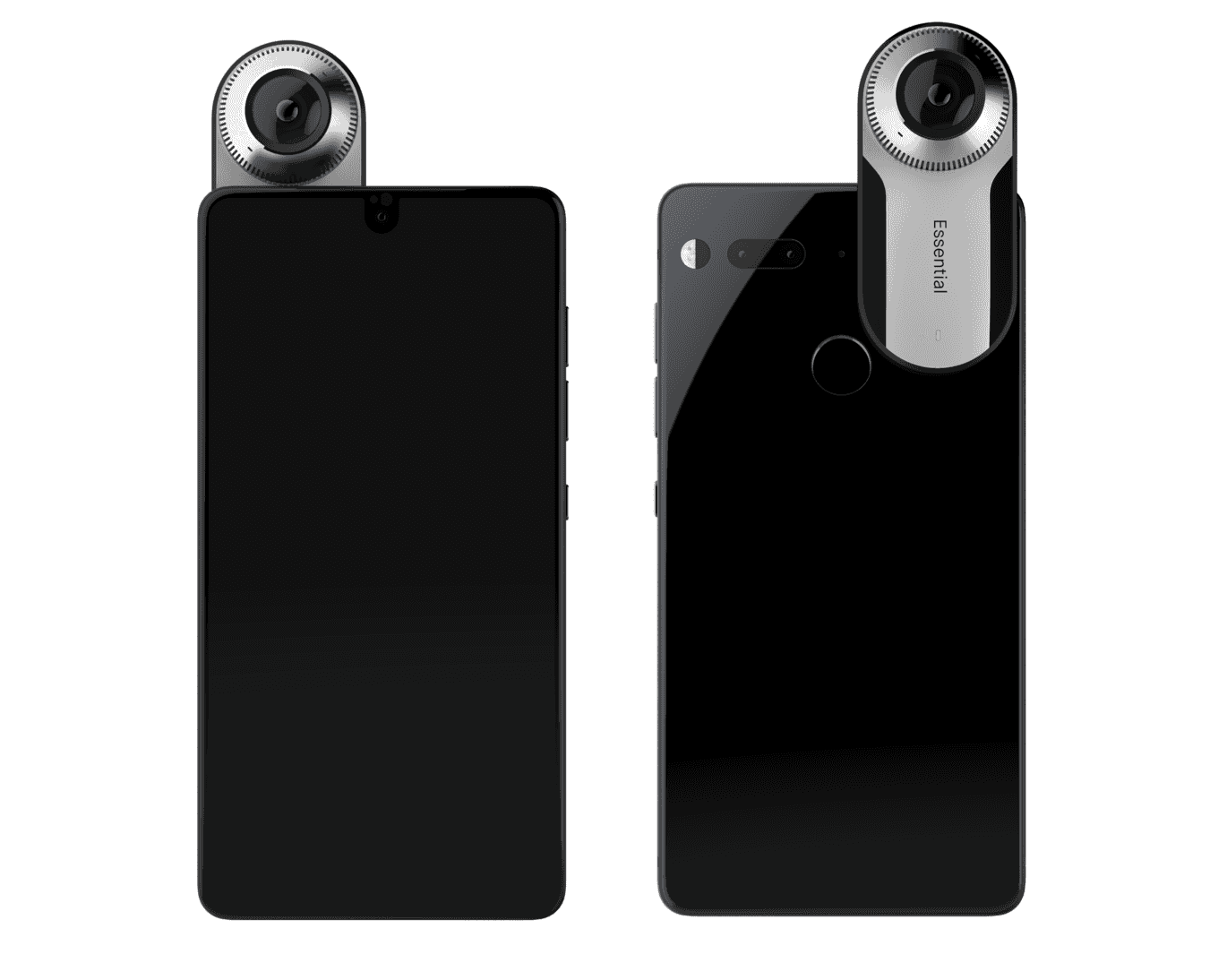 Essential took the veil off a handful of new products earlier today, including the company’s first Android-powered smartphone and a 360-degree camera that can be attached to its back. The Essential 360 Camera is the first modular accessory compatible with the Essential Phone, and it was primarily designed to give smartphone users easy access to 360-degree photography without them having to carry less portable equipment.

Essential’s 360-degree camera is equipped with dual 12-megapixel sensors with fisheye lenses that boast an aperture of f/1.8, with each sensor having a field of view of 210 degrees. The unit is capable of capturing 360-degree UHD (3840 x 1920) videos at 30 frames per second and incorporates four microphones in an ambisonic tetrahedral arrangement. The package weighs less than 35 grams and measures 67 x 32 x 12mm. As a module designed for the Essential Phone, the Essential 360 Camera clips on the back of the smartphone and connects through a couple of so-called Click connectors embedded on the Essential Phone’s back cover. The company believes that the camera will be one of the key elements giving the Essential Phone the ability to compete with its newfound rivals. The product’s landing page quotes an interview with Playground Global’s Principal Engineer Xiaoyu Miao, who recently went on record to state that 360-degree cameras will “become the next big battlefield.” According to Miao, the 360 camera industry today is facing two major issues – “a good” 360-degree camera is generally bulky and/or expensive, and the user experience for capturing and uploading 360-degree content to social networks is cumbersome. Evidently, the Essential 360 Camera and the Essential Phone aim to address those issues.

Prospective buyers who reside in the United States can follow the source link below and reserve the Essential 360 Camera today as an Essential Phone accessory for the price of $50 when bundled with the handset. Otherwise, the product has a price of $199, and the Essential Phone costs $699 if sold separately, meaning that the bundle will set customers back $749. The company will also release a second module for the Essential Phone in the form of a docking station, but that particular accessory still isn't available for pre-orders. More details on the newly revealed device and its modules should be available shortly.

Advertisement
Advertisement
Trusted By Millions
Independent, Expert Android News You Can Trust, Since 2010
Publishing More Android Than Anyone Else
24
Today
108
This Week
363
This Month
5107
This Year
106582
All Time
Advertisement