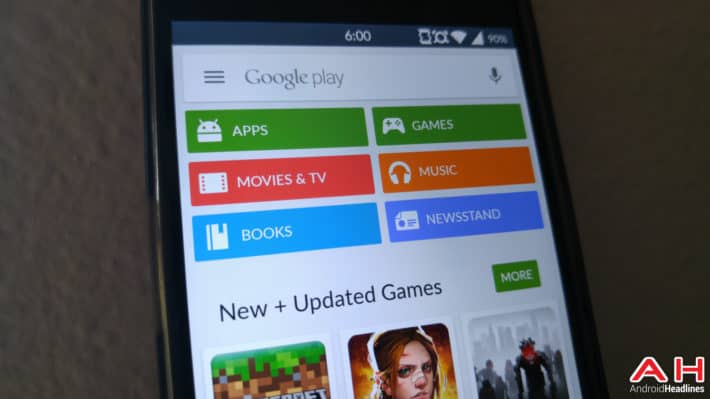 Google started rolling out a new version of the Google Play Store on Wednesday evening, and while the build 7.8.16 doesn't ship with any major features, it does sport a number of noticeable changes in the form of new system icons. Both the main app icon and notification icons have been changed with this update, and while the former has now been streamlined, the latter was seemingly modified in an effort to look more consistent relative to other visual elements of the software.

Following the latest update, the app icon of the Google Play Store will only feature the colorful triangle with rounded edges that's been serving as the official logo of the Alphabet-owned company's mobile marketplace for many years now. The white shopping bag that hosted the logo is no more, and there are currently no indications that the old design will be returning at any point in the future. Following this update, the Google Play Store app does a better job at blending with the background regardless of your wallpaper of choice, though that may not necessarily be a positive change for all users. The second noticeable alteration introduced by the Google Play Store update version 7.8.16 is that of the app's notification icon. Just like the new app icon lacks Google's old shopping bag, the revised notification image also shows no more signs of the thereof. Instead of the shopping icon, the white checkmark is now located on a green triangle that has the same shape as the Google Play Store's main logo.

Refer to the gallery below to see how the new Google Play Store system icons look in practice or follow the download link beneath this writing to download and install the app's 7.8.16 build to your device. While the new version of the popular digital marketplace started rolling out worldwide several hours ago, the Mountain View-based tech giant usually distributes revised app builds through staged updates, meaning that it may be a while before your smartphone or tablet automatically prompts you to install the latest variant of the Google Play Store. Due to that state of affairs, eager and impatient users can get the new app ahead of schedule by manually sideloading it onto their devices.

Advertisement
Download Play Store v7.8.16
Trusted By Millions
Independent, Expert Android News You Can Trust, Since 2010
Publishing More Android Than Anyone Else
6
Today
104
This Week
596
This Month
3108
This Year
104587
All Time
Advertisement