Xiaomi has just confirmed that the Xiaomi Mi Max 2 is coming on May 25. Xiaomi has released an official image on its Weibo (Chinese social network) page, which comes with the 'Max 2' tagline, and a May 25 date, which more or less confirms that the phone will be launching in less than a week at this point. The Xiaomi Mi Max 2, as many of you already know, is Xiaomi's upcoming phablet which had been leaking out for quite some time now, and thanks to those leaks we already have plenty of info when it comes to its design and specs, read on.

The Xiaomi Mi Max 2 will be made out of metal, and it will come with a rear-facing fingerprint scanner, at least if a recent leak is to be believed. The device will sport a single camera on the back, which will be joined by a dual-LED, dual-tone flash. The back side of the phone will be slightly curved on the sides, and the device's loudspeaker will be placed on the very bottom its body. Now, the Xiaomi Mi Max 2 will sport a 6.4-inch fullHD (1920 x 1080) display, if GFXBench is to be believed. The device will also pack in 4GB of RAM and 128GB of internal storage, while it will be fueled by the Snapdragon 626 64-bit octa-core SoC, which comes with the Adreno 506 GPU for graphics processing. A 12-megapixel snapper will be placed on the back of the device, and a 5-megapixel camera will become available on the front side of this phone. Android 7.1.1 Nougat will come pre-installed on the Xiaomi Mi Max 2, says GFXBench, and on top of it, you'll get Xiaomi's MIUI 8 OS.

Now, a separate rumor suggested that a 12-megapixel camera setup on the back will pack in a Sony's IMX378 sensor, and that the phone will cost between 1,499 Yuan ($217) and 1,699 Yuan ($246), once it arrives. As you can see, the Xiaomi Mi Max 2 will be quite a large smartphone, just like its predecessor, as they share the display size. That's more or less it, all that remains now is for Xiaomi to launch this handset, and confirm its design, specs and pricing. 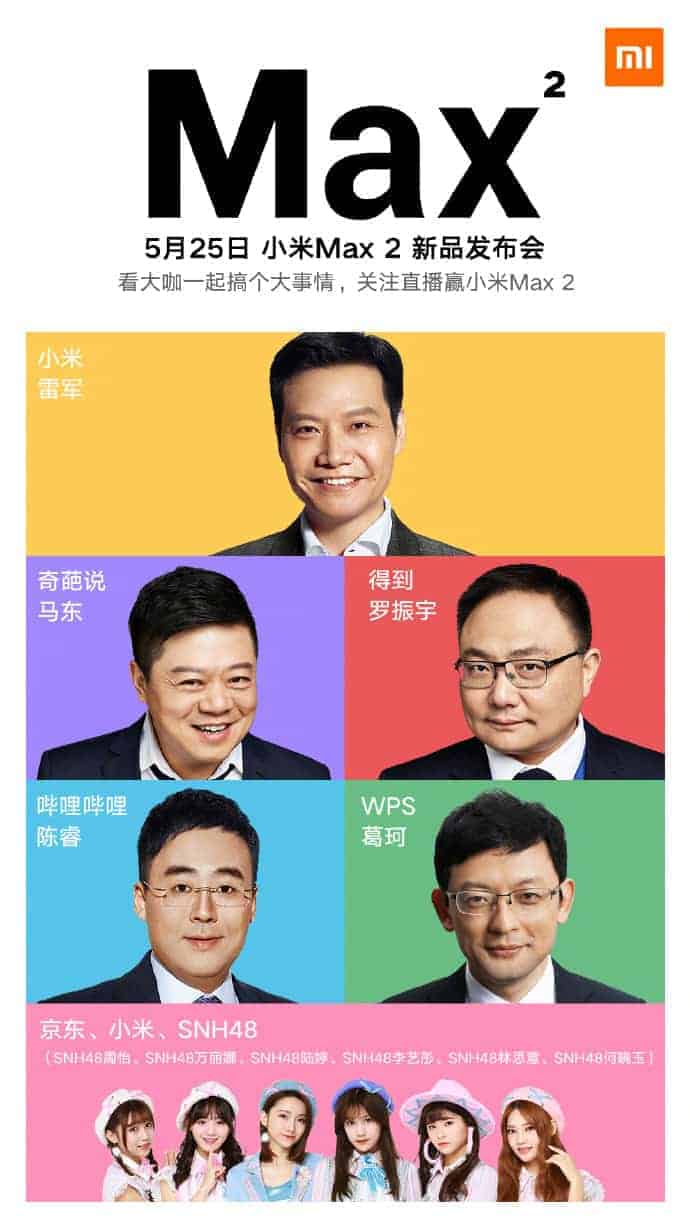