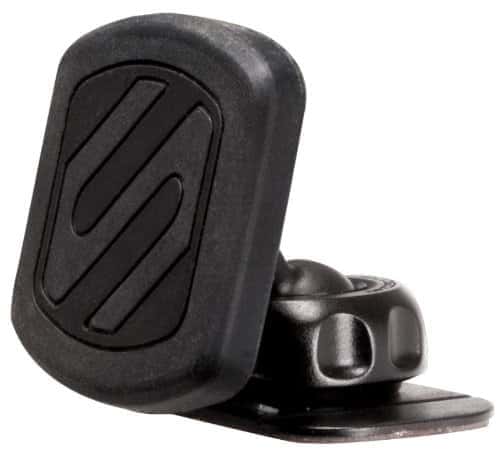 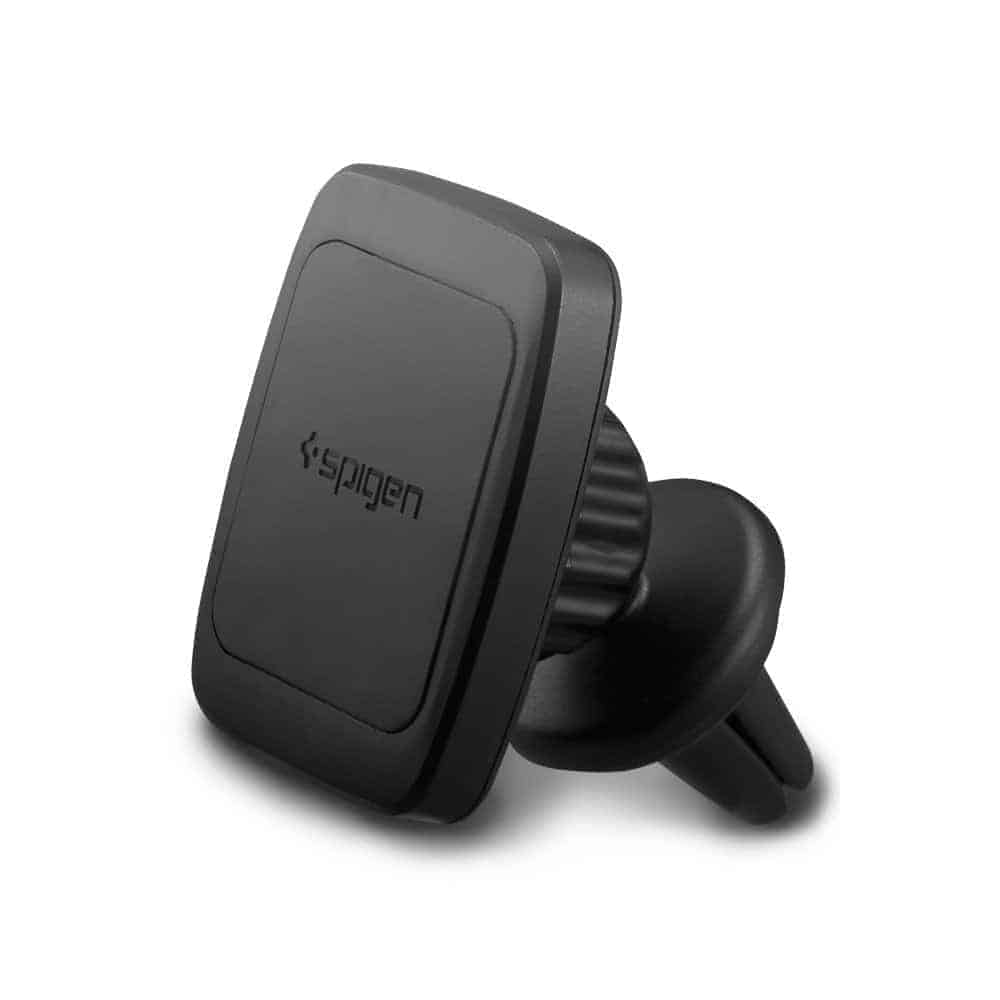 This option from Spigen attaches to the air vent in your car, so that it is down and out of the way of the windshield and you can still see the road. It also uses magnets to hold your phone in place. Which obviously means it’ll work in both landscape and portrait. It’ll also work great for tablets, like the Galaxy Tab S3, if you don’t want to use your phone in the mount. 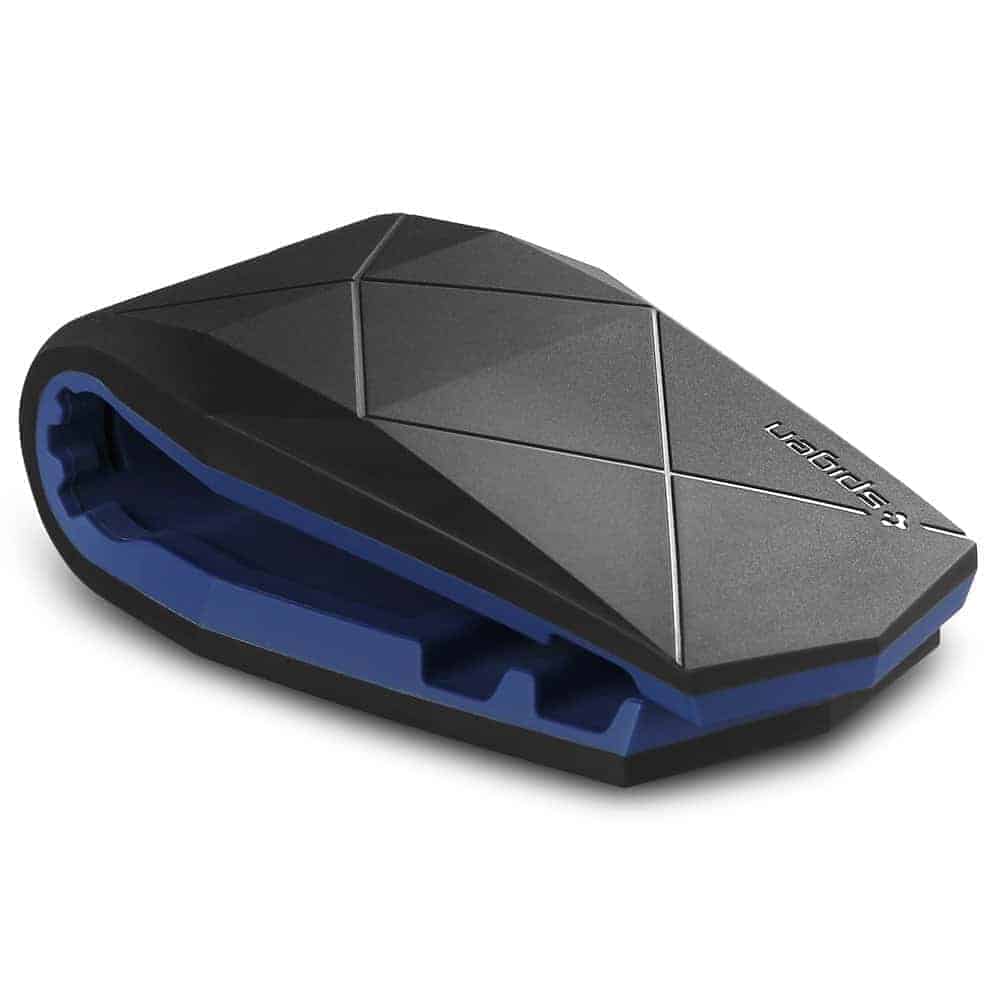 This mount here from Spigen is pretty cool. It’s called the “Stealth” mount because it just sits on your dashboard not really doing anything, until you open it up to put your phone inside. It’s pretty simple, yet very effective. It’s also under $20, making it more than worth it. Especially since it’s mostly out of the way unless you are using your phone in the mount. 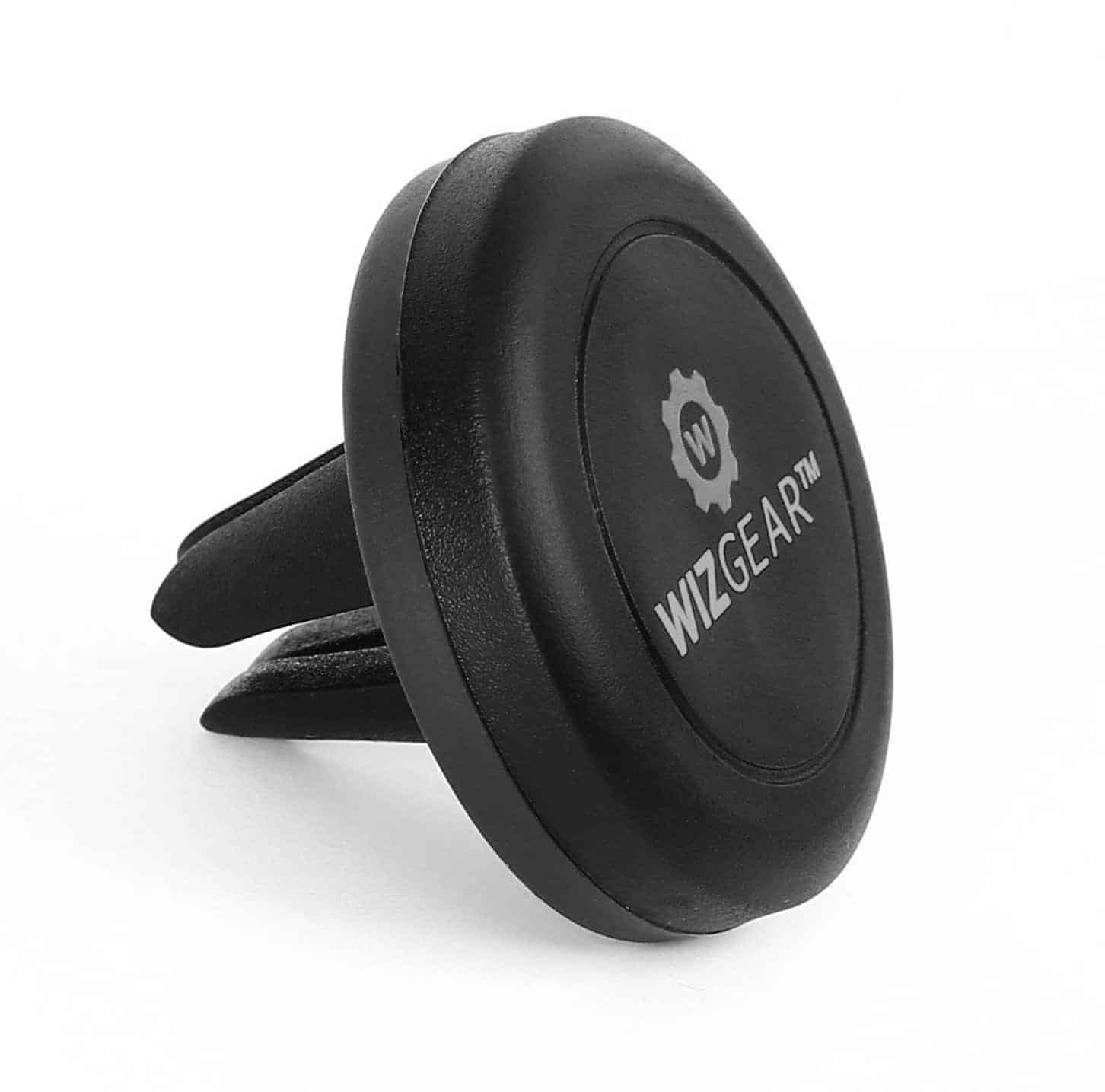 This is another one that uses your air vent to mount your smartphone. Putting it in the perfect spot to adjust your music, or get navigation up and running. It’s a great car mount, and it comes in at under $10, so it won’t break the bank. This is a magnetic one, but don’t worry, the magnets won’t damage your smartphone, which is always a concern for most people. 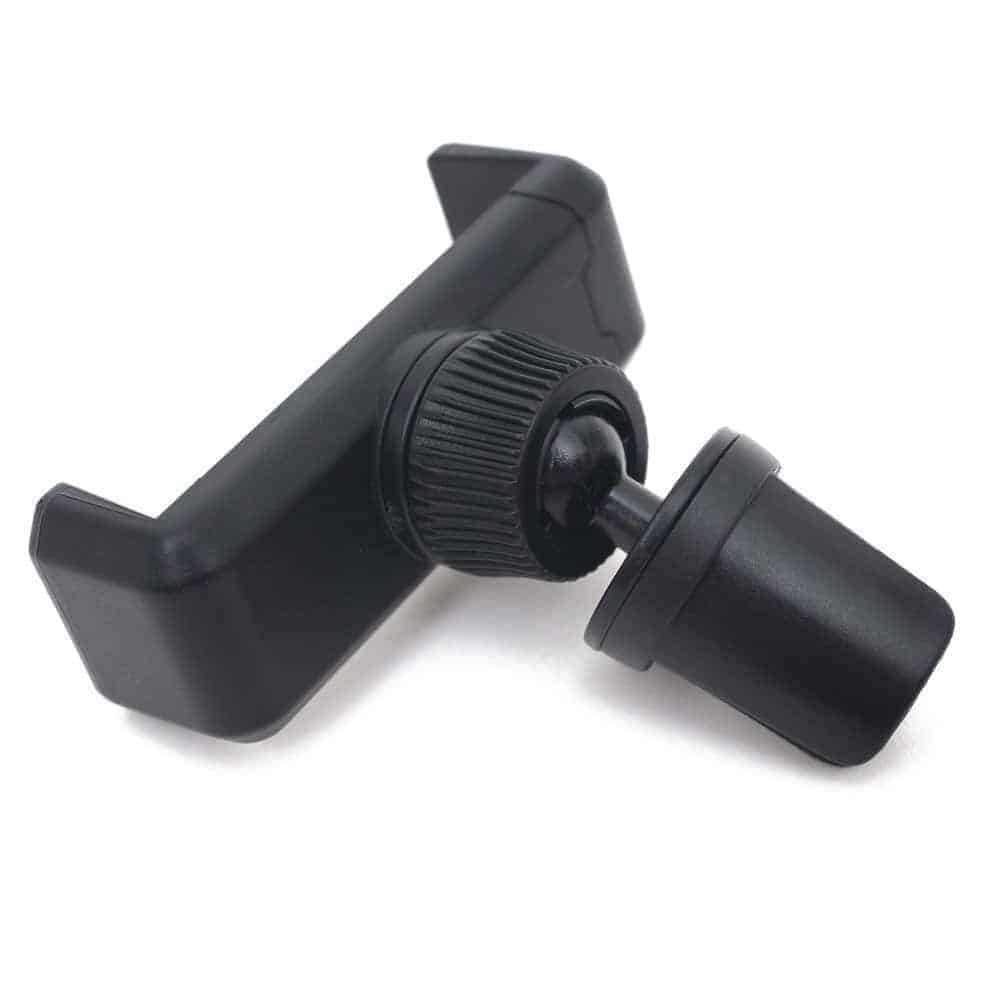 Those that might be worried about magnets damaging their phone, well this is the car mount to pick up. It uses arms to keep your phone in place, and is capable of swiveling. So you are able to flip it into portrait or into landscape mode pretty easily. The VINTAR 360 also attaches to the air vent in your car to keep your phone out of the way, and keep your eyes on the road. 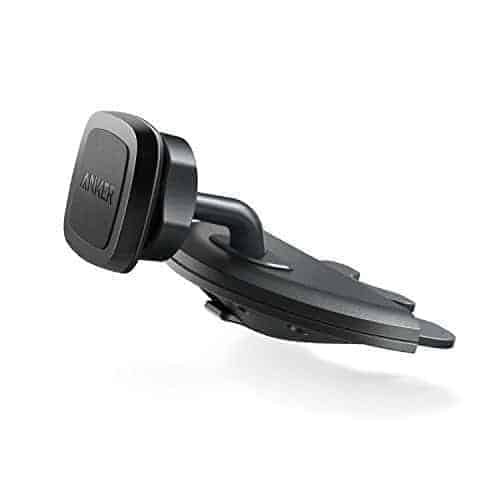 If your car has a CD slot, this might be a good use for it, since CD’s aren’t really used anymore. This car mount from Anker uses the CD slot in your car’s stereo to mount your phone, probably better than using the air vent, but it does still keep your phone out of the dashboard, which is pretty important as well, these days. 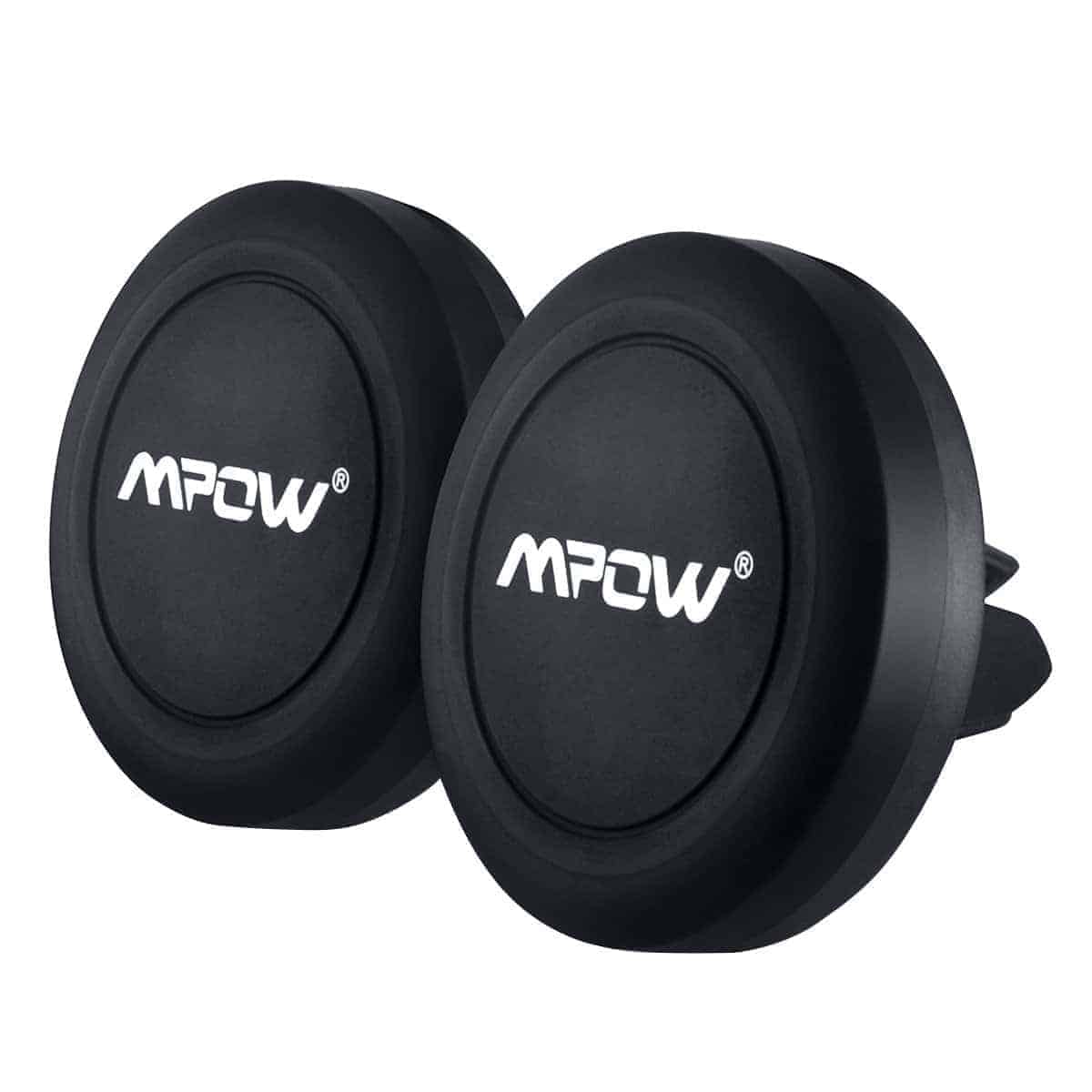 Mpow has an air vent car phone mount here as well. It works just as the others, using magnets to keep your phone in place. But Mpow offers this in a two-pack, so you can get one for your car and one for your significant other’s as well. This way, no matter which car you’re in, you won’t need to transfer the car mount. 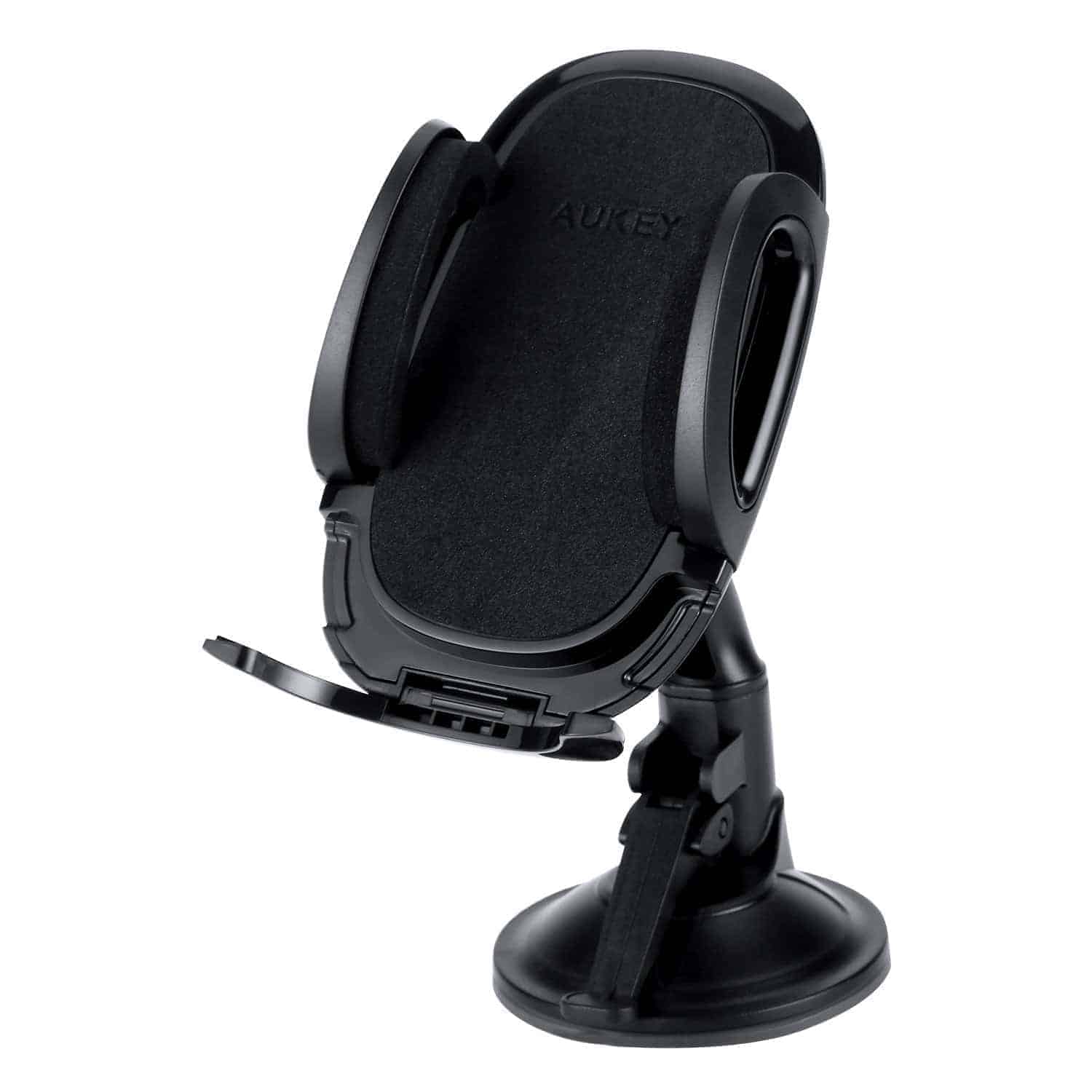 This car phone mount from AUKEY sits in your dashboard with your phone in portrait. So if you’d rather have a mount that doesn’t attach to the air vent in your car, this is definitely the one to take a look at. This keeps your phone in place while you’re driving, making it easy to keep your eyes on the road, and hands on the steering wheel. 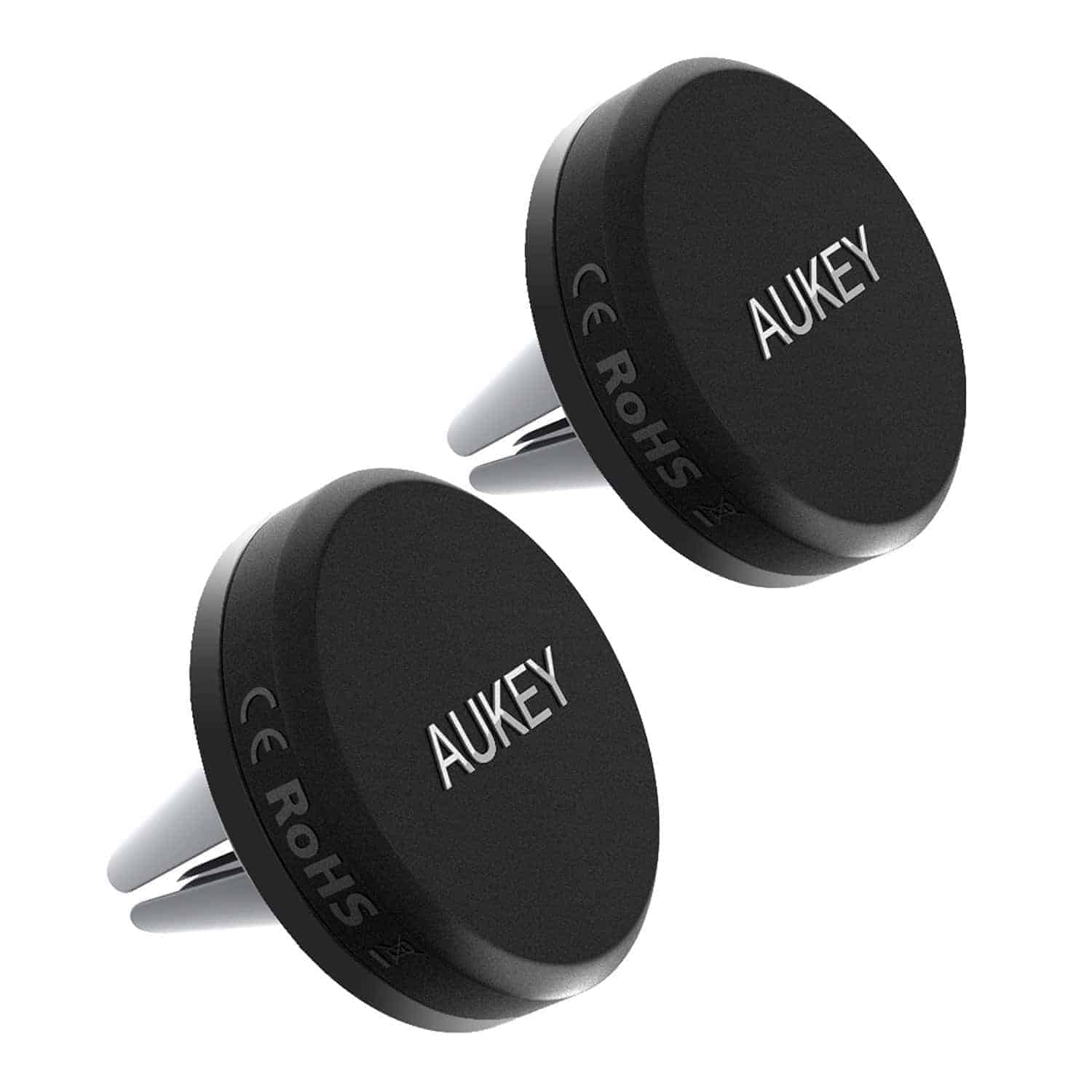 This is an air vent car phone mount from AUKEY, and like the Mpow option above, this is also coming in a two-pack. So you can put one in both cars pretty easily. This one is a bit better built, with it being made of metal, so it does look a bit more high quality. These are great to put in the car and mount your phone to for playing music or using for navigation. 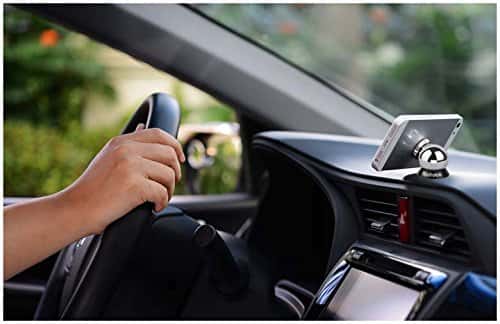 Those wanting to go the minimal look may want to look no further. This is a car mount that sits on your dashboard and using a metal ball, connects to your smartphone, allowing you to put it at any angle, and it is fairly small so when it’s not in use, it’s not in the way. It’s a pretty interesting concept, and it’s something that works really, really well, surprisingly.