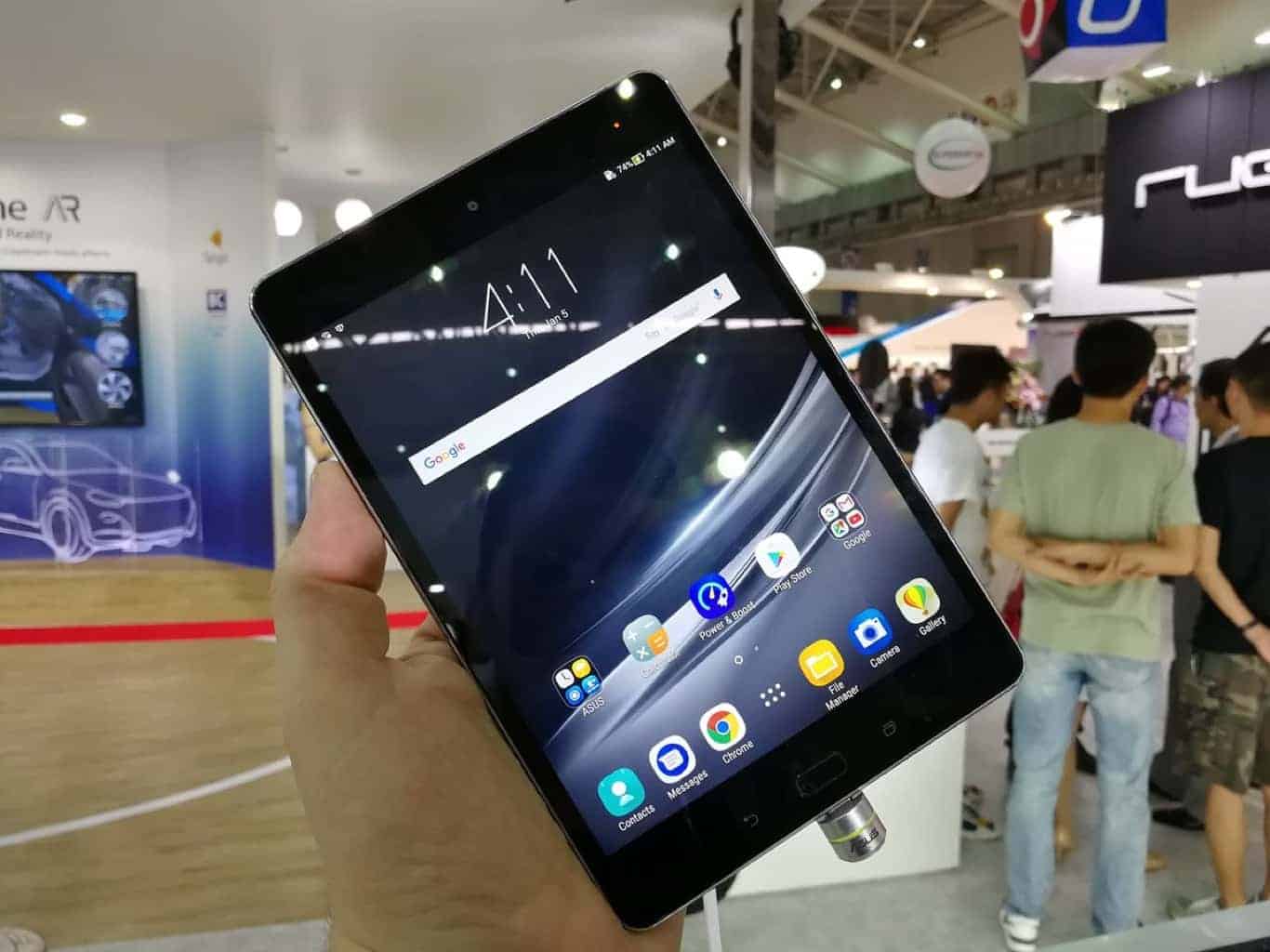 The ASUS ZenPad 3S 8.0 (Z582KL) tablet has been revealed at Computex 2017 in Taipei, Taiwan, despite the fact that ASUS has yet to officially announce the device. Although the company did unveil some other devices such as a refreshed ZenBook Pro and the ZenBook Flip S, its local press event made no mention of the ZenPad 3S 8.0. Therefore, although the majority of its specifications are already known, it remains to be seen when the ASUS ZenPad 3S 8.0 will hit the market and how much it will cost.

Known leaker Roland Quandt tweeted some images and details of the device, revealing that the ZenPad 3S 8.0 is powered by the Qualcomm Snapdragon 652 processor with the Adreno 510 GPU. It comes in variants with 3GB and 4GB of RAM sporting 32GB and 64GB of internal storage space, respectively. The new ASUS device has a 7.9-inch display with 2048 x 1536 resolution and is fueled by a 4,680mAh battery. The rear camera has a 13-megapixel sensor with f/2.0 aperture and a conventional LED flash, and there's a 5-megapixel PixelMaster front-facing shooter. Other key features of the tablet include stereo speakers and smart amplifier technology, while the device itself runs Android 7.1 Nougat out of the box, modified with the company's ZenUI 3.5. The tablet is extremely slim at just 6.9mm and has a metal unibody build with a diamond-cut bevel, as revealed by its promotional materials that can be seen beneath this writing.

With no official announcement from ASUS, it's still unknow if the new tablet is intended as a smaller version of the ZenPad 3S 10 or a superior version of the ZenPad 3 8.0 that were both officially introduced last year. Both of those tablets had the same display resolution as the ZenPad 3S 8.0 but were equipped with the Snapdragon 650 hexa-core processors. They were also both released running Android 6.0 and featured 8-megapixel rear cameras, so the new device is a definite step up in these aspects. The ZenPad 3 8.0 included the same 4,680mAh battery whereas the ZenPad 3S 10 had a much larger 7,800mAh battery. More details on the ASUS ZenPad 3S 8.0 should be available in the near future, presumably no later than summer.