ASUS ZenWatch 2 and ZenWatch 3 owners have been patiently awaiting the release of Android Wear 2.0 for some time now, but an update released today for ASUS’s own ZenFit app may point to the imminent launch of the new platform. The rollout of Android Wear 2.0 has been problematic from the start; originally slated to launch in fall 2016, Google delayed the platform by more than six months in order to iron out some bugs and add some additional features. While the update was finalized in April, the first watches only started receiving it recently.

An update released for ASUS’s ZenFit app on the Google Play Store today specifically states “set idle alert, activity goal, and profile on ZenWatch (Android Wear 2.0 required),” showing that the new additions to the app only work with Android Wear 2.0’s new Complications. Oddly named, Complications are actually additional “widgets” of sorts that can be added to watch faces, including more information on the face than ever before. Stats like weather, date, calendar entries, health data, and plenty of others are all part of a new system-wide set of additions that users can come to enjoy once the Android Wear 2.0 update lands on their watches. ASUS is now clearly updating the app to be ready for the official Android Wear 2.0 upgrade that’s coming soon.

Owners of other Android Wear-powered smartwatches have been wondering when the update was going to hit their watches, and this latest turn of events does shed some additional light on their situation. Just three days ago, there was an official Tweet from ASUS UK that stated the Android Wear 2.0 update had been approved and pushed out on May 15, though a follow-up to that Tweet said that was a mistake, and the update was actually scheduled to be launched in late May. To make matters worse, rumors have been flying around that ASUS could even cancel the ZenWatch line of smartwatches, which likely confused some owners of its Android Wear-powered smartwatches. This update certainly helps quell those rumors, which were also officially dispelled, and ZenWatch owners can likely look forward to the platform update in the very near future. 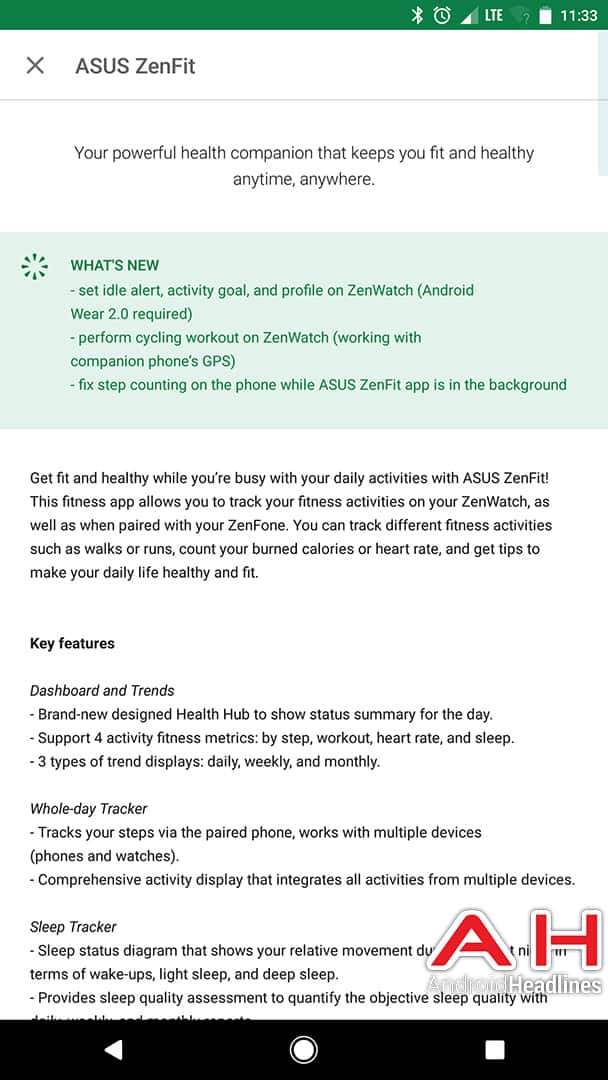