So Google I/O 2017 took place last week. Generally speaking, Android TV was not hugely on the agenda, but at the same time, it did make a big impression. This is because Google took the opportunity to announce that a new interface was coming to Android TV. This is an interface designed to work with Android O, and if you do own a Nexus Player and know how to install the developer preview of Android O, then you can actually check out the new interface now.

We already did take a closer look at the new interface when it was first shown off at Google I/O, and also a more in-depth look with our own Nexus Player (in the video below), so most of what is to be expected, is already known. The interface is very different from what is currently available on Android TV, as it does look to bring more focus to specific content. Which is a good thing. Although, at the same time, the early impressions left from the new interface is that less content is initially available. That is, there is less content available on-screen, at any given time. For instance, to access your apps on the new interface, you now have to click through to a dedicated app slide-out menu. Not a big deal, but not as quick as it was before – when they were all in view, all the time. 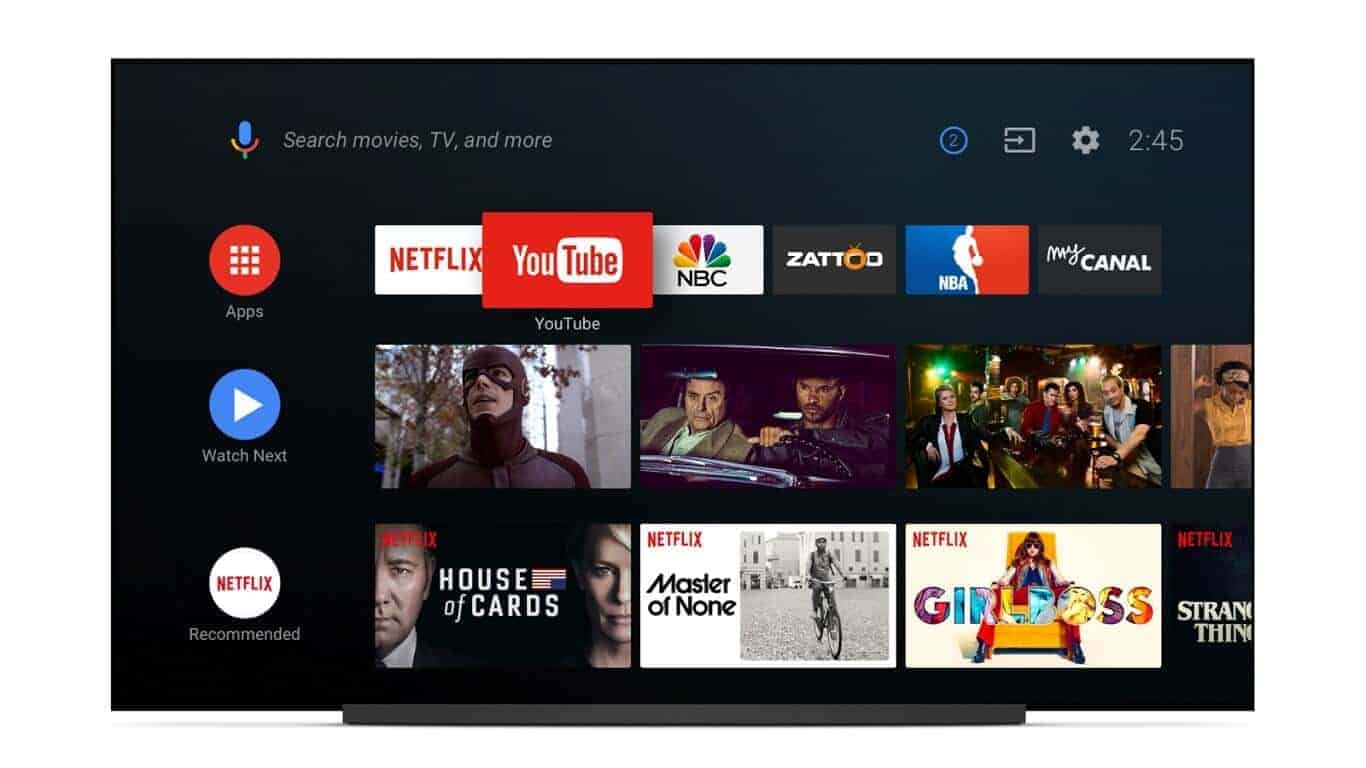 This inevitably means there is now a very clear focus on select apps. Which does pose one particular issue going forward, as developers will need to take advantage of the relevant APIs to ensure that their apps are also able to adopt and make use of the new layout. If not, then those apps might not be as easily as accessible as before. In fact, Google even released a new developer posting on this on Thursday, further introducing the new layout and presumably, looking to garner interest from the developer side. The post specifically highlights that the new interface is “content-centric” and “organizes video content into channels and programs in a way that’s familiar to TV viewers.” While on that surface that sounds great, is it? After all, while flipping through channels on a TV is “familiar to TV viewers,” it is arguably, not a great experience, and certainly not the best experience for a device that mainly adopts an app-based UI.

Which is largely the point here. If you are to take away anything from Google I/O 2017 on Android TV, then the new layout itself, is not the thing to focus on. That is the red herring here. What is much more important to understand is that Google (and the Android TV team specifically) no longer view Android TV as an app-based entity. Instead, it seems Android TV is going to become much more of a channel-based product going forward. Something that is clearly apparent in the terminology now being used by Google and the Android TV team, as they no longer refer to Android TV apps as apps, but instead, “channels.” While it can be debated as to whether that is a good thing or not, what is clear is that the success of this approach will largely depend on whether developers take to the new interface or not. After all, once this interface and channel-centric approach does become much more readily available on third-party Android TV devices, it will be up to those Android TV ‘channel’ developers to create and maintain their apps as channels. Which seems like it could be a lot of work for developers of lesser-known apps. As it is already an issue getting standard Android apps ported over to Android TV. These apps therefore, could end up becoming more of a background feature on Android TV devices, with your mainstream HBO, DIRECTV, Netflix, and so on, taking more of a center stage. While none of this will matter in the grand scheme of things – as those same ‘background apps’ will still be accessible through the system, they will no longer naturally be able to command as much prime real estate on the leanback launcher as they once did – and certainly not as much as the big-name options will. If that is the case, then while this might be a ‘channel-centric’ approach, you might also find that it is becoming a little more provider-centric, and less user-centric. Something that the most skeptical of people could focus on in more detail if they wanted – providers = revenue. 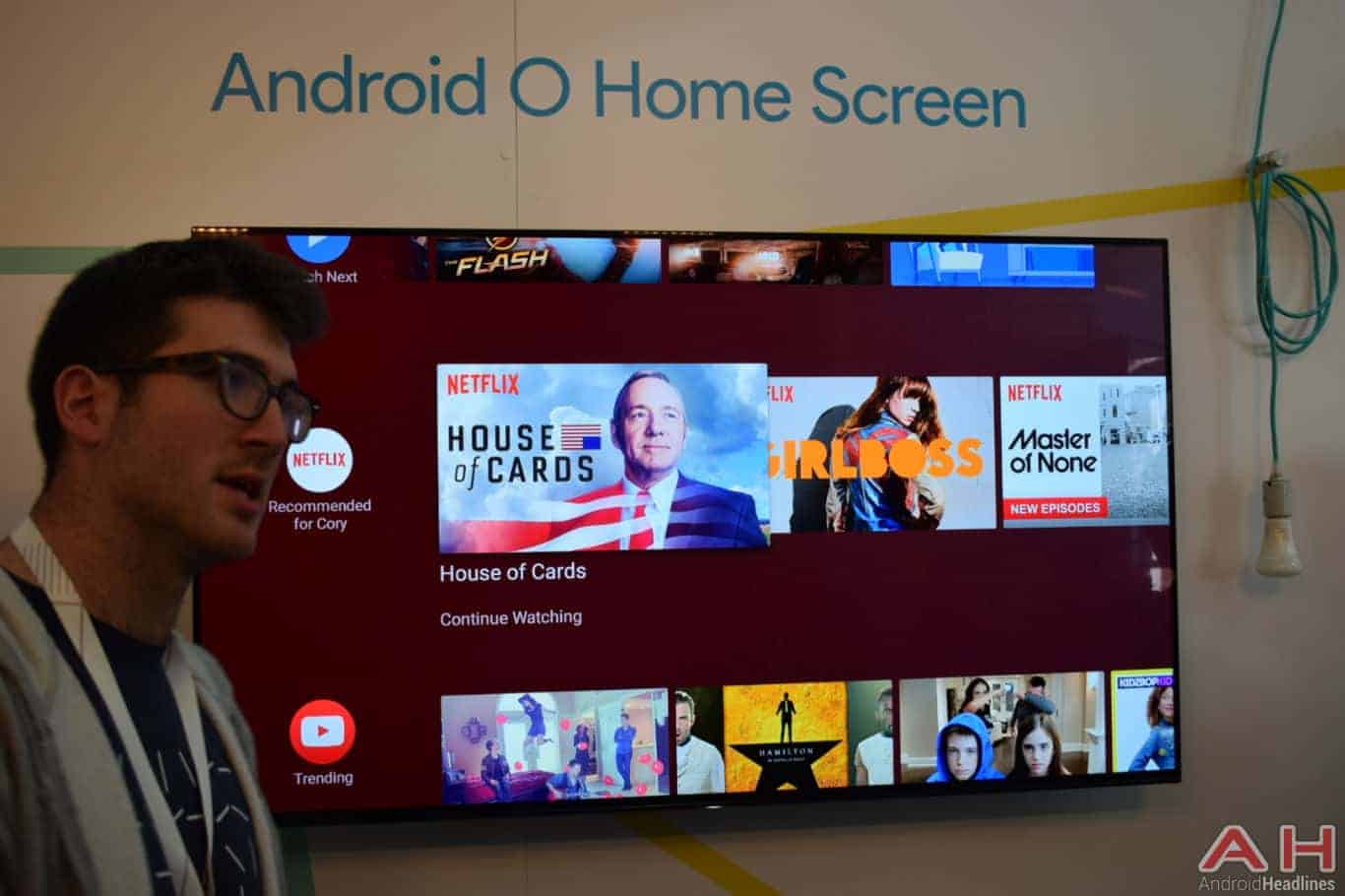 While that is all just food for thought for now, unfortunately, there was not much else Android TV-based on offer at this year’s event. Google did briefly touch on Google Assistant compatibility with Android TV, but that touching was brief, with no further or firm details provided on when it will actually become available. Much was the case with the developer posting that came through yesterday. With the announcement simply detailing that the Google Assistant is “coming later this year.”