The Android O Developer Preview 2 is now in the process of rolling out to eligible devices, which mainly means the most recent Nexus devices and the two Pixel phones. Owners of those phones though, are now able to install the latest version of Android O and with it, the latest changes and improvements. Speaking of which, one of those changes (which might not necessarily be viewed as an improvement by everyone) is a change to the quick settings.

More specifically a change to the appearance of the pull down quick settings display, as it is now grey in color. Prior to this, and right up to and including the Android O Developer Preview 1, the quick settings menu adopted a much darker colored theme. So visually speaking, this is quite a significant change and one which is unlikely to be to everyone’s liking. However, it is certainly more in line with the settings color and appearance that was in effect with Android 7.0 (Nougat). Moving passed the superficial aspect of the quick settings color theme, there are some more minor presentation changes in effect. Largely, it seems that Google has restructured the quick settings (and notification panel in general) quite a bit. So while everything that was there, is still there, it is not necessary in the same place that it was before.

The most obvious example is the settings icon that used to be positioned in the top right corner of the pull down panel. Now that has moved down to the bottom right corner (both in the quick settings view and the shortened notification panel view), along with the arrow to expand the quick settings view, the edit icon and the user profile icon. The old positioning of the settings icon has now been replaced by the time (which used to be positioned on the left-hand side of the display along with the date) and for some reason, the date has now been separated from the time and can be found at the bottom of the display in line with the new position of the settings icon. While that left-hand side position (old date and time location) has now been replaced with carrier information. So everything is still there, but just in a new place, so expect a slight adjustment phase. 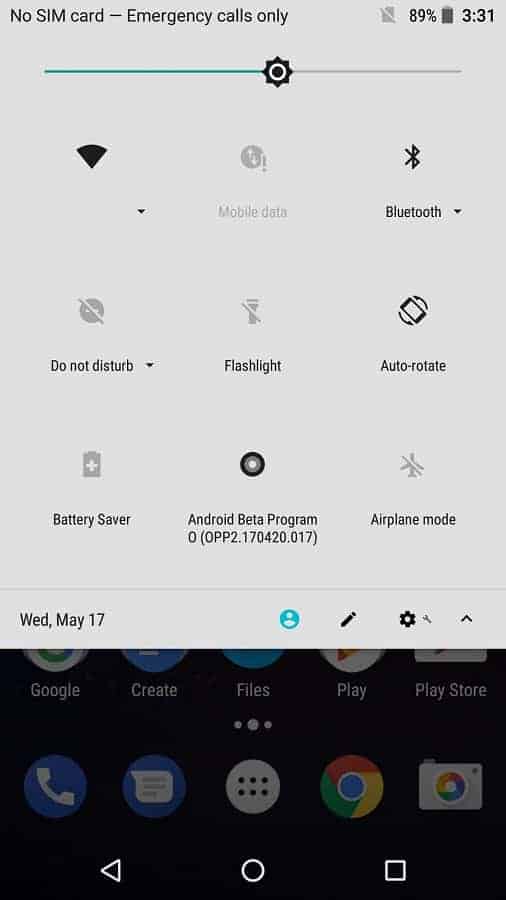