Android O will debut a broad range of battery efficiency improvements, as well as a new battery system menu, the Alphabet-owned company revealed at Google I/O 2017. The upcoming battery management menu should be a significant upgrade over the old one in terms of the end user experience, Google said, adding how the new interface was designed to be as accessible and simple to understand as possible. The menu will not only show the breakdown of battery usage by apps but will also strive to provide context for these figures, thus allowing users to see how much battery are their apps draining relative to the amount of time they are being used. As shown in the screenshots below, the main battery menu now contains more detailed usage statistics of individual apps, providing users with additional information regarding their battery drainage.

Android O seemingly counts not only hours but even minutes of app usage, and tapping on individual apps in the battery management menu will even provide you with a more detailed breakdown regarding how many of those hours and minutes were spent on active use, and how long was each app running in the background. The second developer preview of Android O also features a number of battery optimization options in this menu, though most original equipment manufacturers (OEMs) with proprietary mobile software suites will likely replace those functionalities with their in-house software. Regardless, Android O should provide users with significantly more battery data that they can take into consideration when trying to identify the largest power hogs on their smartphones and tablets. On the other hand, it seems that the battery menu present in the latest Android O build is lacking the option of clearing all data cached by apps at once.

The latest developer preview of Android O contains a number of other new features, including the option of changing app icons and using smart text selection tools. The Mountain View-based tech giant is expected to launch at least one more developer preview of its upcoming operating system later this year before the build starts hitting the stable channel. More details regarding new functionalities and feature improvements in Android O are expected to be revealed in the coming months before the OS starts rolling out to Pixel and Nexus devices. 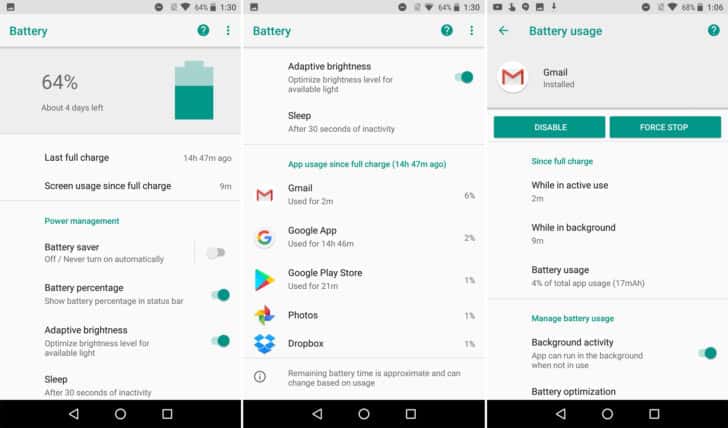