The second developer preview of Android O not only comes with a number of new features, but also refinements to a number of others. In some cases, it activates dormant features from previous versions. Which now seems to be the case with Android O’s ability to automatically turn on Wi-Fi when near a saved network. This was a feature that was introduced to Android along with the first developer preview of Android O. However, at the time it was not a ‘live’ feature and was simply one that you could see within the Wi-Fi preferences, but could not toggle on or off. Which has changed with the second developer preview, as Google has now made it possible to turn the feature on.

Which means those who are running the second developer preview now have the option to make use of the feature. Which by all accounts, is not the biggest of changes to Android, but is certainly one which offers real user-case benefits. Up until now, if a user switched off their Wi-Fi when away from a known network, the onus was on the user to remember to turn the Wi-Fi back on again when they returned to the known network. Now, there is no longer an onus. If a user now turns off their Wi-Fi signal when away from a known network, when they return to the same network, the Wi-Fi will automatically turn back on again.

Of course, it does need to be kept in mind that although this is a feature that is now live, this is a pre-release preview version of Android O, and these releases are not guaranteed to be progressive releases. While it stands to reason that after showing up in developer preview 1, and then being switched on in preview 2, the feature will remain here to stay – that is not always the case. Until the final and consumer-ready version of Android O is released, nothing is guaranteed. In the meantime though, users who are running Android O and wanting to test out this newly activated feature, head to the settings, then to Wi-Fi, followed by Wi-Fi preferences, and activate the “Turn on Wi-Fi automatically” toggle (shown below). Although, you shouldn’t need to, as it does seem to be activated by default. 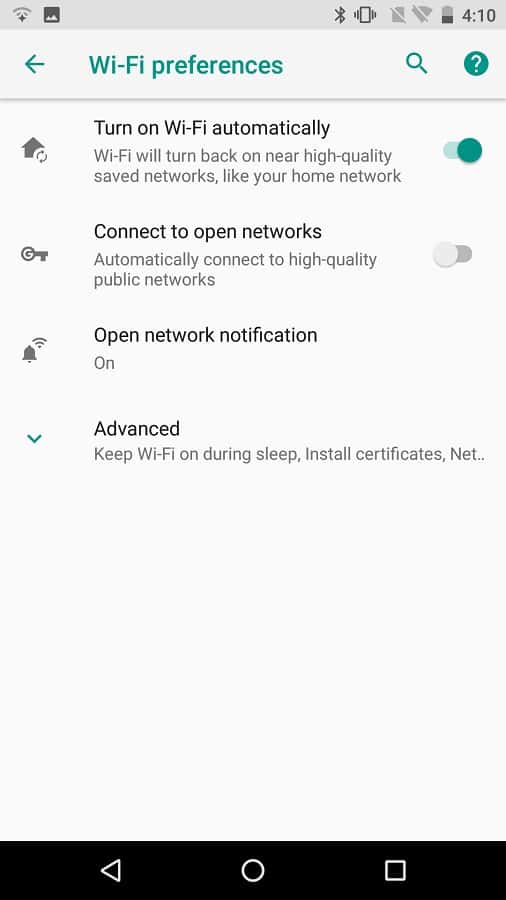