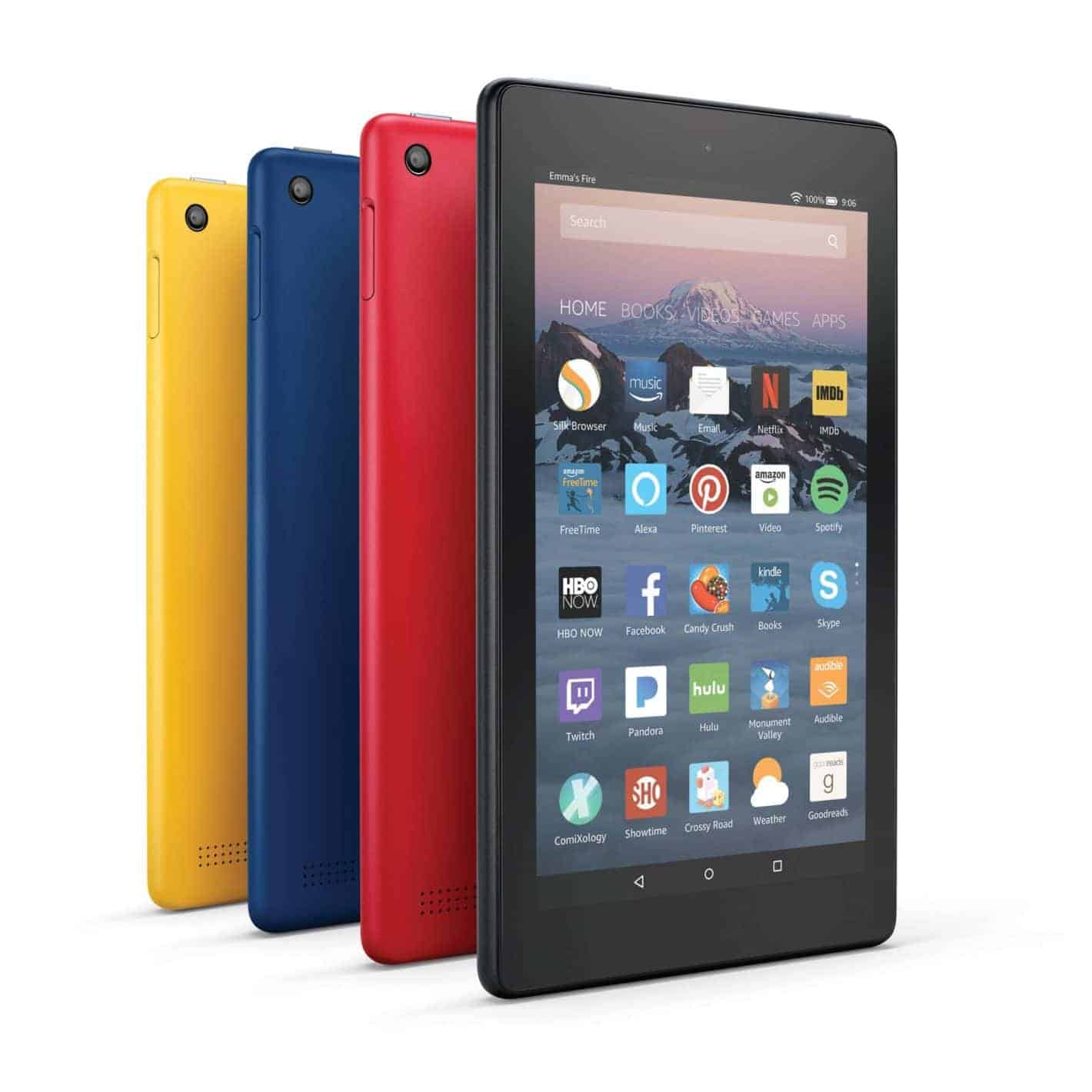 This year's version of the popular Fire 7 tablet is now somewhat thinner and a bit lighter than its 2016 predecessor and ships with a noticeably improved 7-inch IPS display panel, the company claims, adding that the device also boasts 8/16GB of storage space, a longer battery life, and Alexa integration, all while sporting the same $49.99 price tag that its predecessor did. The Kids Edition of the All-New Fire 7 tablet features 16GB of internal storage and up to eight hours of battery life, as well as 12 months of Amazon FreeTime Unlimited subscription, a two-year unconditional warranty, and a colorful case. This particular variant is priced at $99.99 and is otherwise identical to the regular Fire 7. The latest revision of the Fire HD 8 is equipped with an HD display panel and 16GB/32GB of storage, in addition to offering up to 12 hours of battery life. It starts at $79.99 and will start shipping in early June alongside all of the other new members of Amazon's Fire tablet family. Finally, the All-New Fire HD 8 Kids Edition is a $129.99 device with 32GB of storage space and the same 1280 x 720 screen featured by the regular mode. The tablet ships with a year-long subscription to Amazon FreeTime Unlimited and 24 months of unconditional warranty, the company said.

While the Seattle eCommerce giant usually launches its new Fire tablets in September, the company apparently decided to move up that release schedule this year. Apart from support for the Alexa artificial intelligence (AI) assistant, the standout feature of this year's lineup is the price of the larger All-New Fire HD 8 that's $10 cheaper than its predecessor was. All four devices will start shipping to customers on June 7, Amazon confirmed. You can already pre-order the new tablet lineup directly from Amazon by following the links below, with each model being available in a variety of colors. Finally, those who opt to purchase any three tablets from the 2017 Fire series are eligible for a 20-percent discount for a limited period by using the promo code "FIRE3PACK."