This is allegedly Amazon’s touchscreen Echo device that is said to currently be in development. At the moment Amazon has a few different models of the Echo which include the Echo itself, the Echo Dot, and the Amazon Tap, all three of which are merely speakers so the only way to interact with them is through voice. There’s also Amazon’s new Echo Look, though this isn’t quite like the other Echo models. This new Echo will have a speaker on the bottom portion of the front face, while a touchscreen sits above it, giving users an additional way to interact with it.

The device will apparently come in two different colors, a standard white and black, and there will be a front-facing camera which is likely going to be for use with video chat, or perhaps even with a smart door lock that’s connected to this version of the Echo. The screen size for this new Echo is said to be 7-inches, though rumors don’t seem to mention the resolution of the display, so it could be HD or FHD. The device is currently going by the internal codename “Knight” according to the rumors and it may be looking at a mid to late May release, though there hasn’t been any concrete details about the launch yet, nor have there been any rumors about a possible price point.

Other than some sort of video chat or video calls, the date, time, and weather information, it looks like you’ll be able to use messaging of some kind on this new Echo as you can see a message bubble icon in the top right corner, though it isn’t clear exactly what message service this uses, and whether or not you can only reply or send messages with just voice or if you can also use the touchscreen with a touch keyboard to type the messages out. This isn’t the first time Amazon’s new touchscreen Echo has surfaced as a rumor about the device launching sometime in May first popped up just at the end of last month, though at that time there was no image of the device available and there was just as little information known. 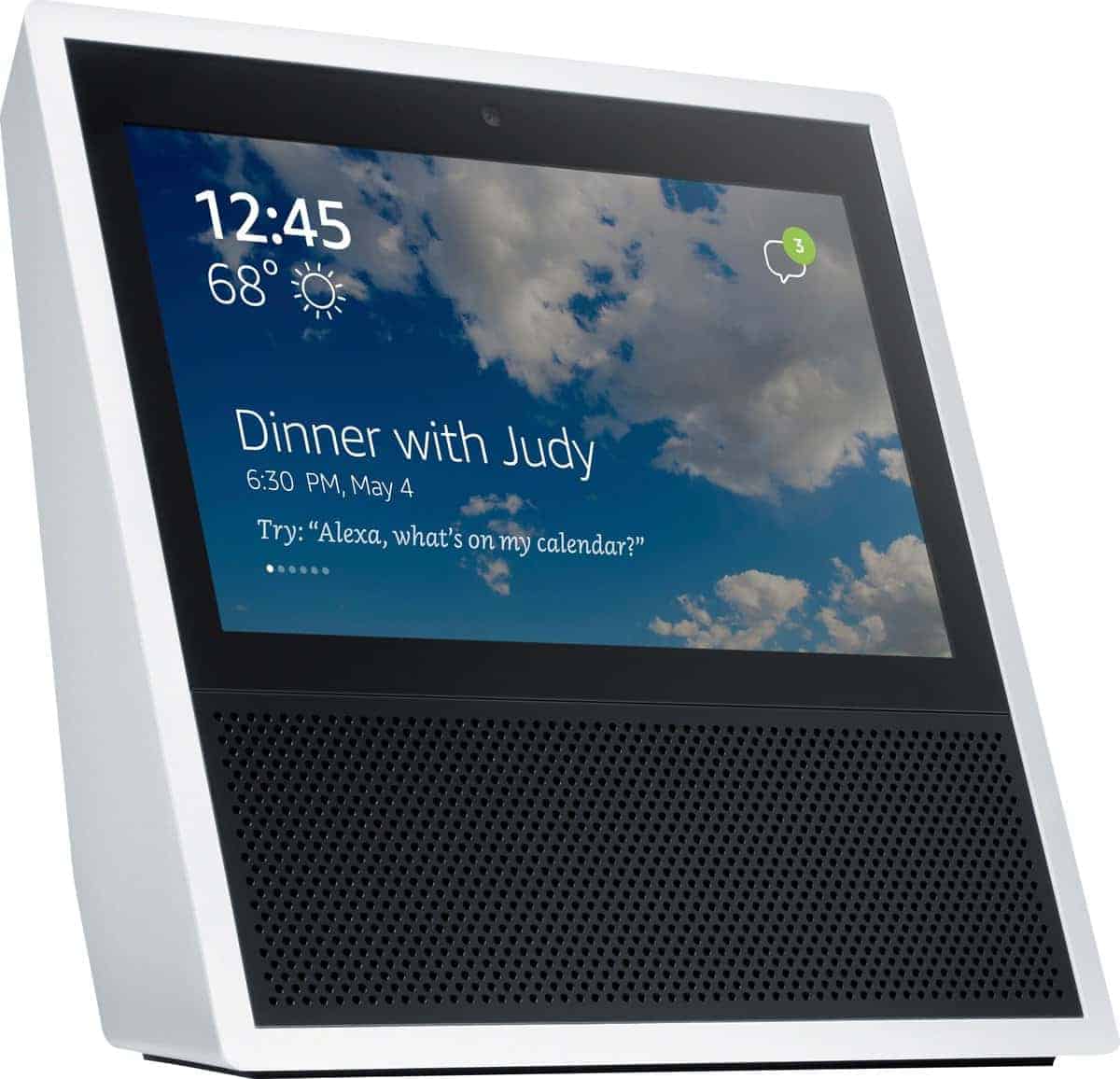