HTC has gone online to reassure fans that all HTC U11 flagship phones shipped will come with fast UFS 2.1 storage. This means that anybody who buys one can expect theoretical peak transfer speeds well into the gigabits per second on both read and write transfers. UFS 2.1 is one of the fastest internal storage standards available right now and should help make the HTC U11's user experience a fast and smooth one. HTC may be throwing some subtle shade at some of their competitors with this announcement. Huawei is one possible example of this; it recently came under fire for the fact that certain variants of its P10 flagship are coming with different storage options, though it defended the move by saying that all of the storage options on offer met its strict requirements for a satisfactory user experience.

Huawei hasn't been the only OEM criticized in regards to inconsistent storage formats across a single product lineup. Samsung, the biggest phone manufacturer in the world, shipped some units of its Galaxy S8 flagship devices with UFS 2.0 storage instead of UFS 2.1, but any potential negative backlash was overshadowed by the phone's excellent reviews and the fact that UFS 2.0 and UFS 2.1 aren't radically different formats from an end user's perspective. Huawei, on the other hand, dipped down into the world of eMMC standards for some P10 variants and said that it was sure users would still get a satisfactory experience.

The debate over what specs are necessary for a good experience and what specs are unnecessary is as old as the smartphone itself, but when it comes to internal memory, many people agree that higher speeds are always noticeable, and numerous phone makers tout fast memory in their flagships to emphasize that point. Sony, for example, is letting users on its forums know that the upcoming Sony Xperia XZ Premium will ship with the faster UFS 2.1 memory, while Moto took the opposite route, and let excited fans find out for themselves that the powerful Moto Z flagship was packing fast UFS 2.0 storage, then spread the word from there. HTC's announcement gives the company a bit of an edge for consumers looking for fast memory when shopping for a phone; faster internal memory means quicker app loads, faster picture-taking, and better preparedness for 5G download speeds, among other perks. 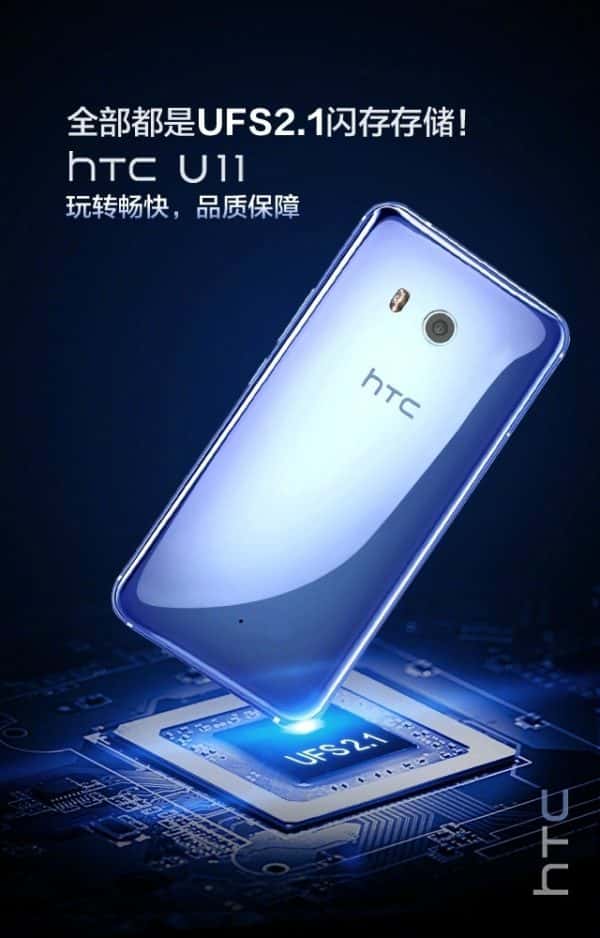