Now, it is worth noting that this is not the first time that the Alcatel Idol 5 has been spotted getting benchmarked, and not even the first time that it has been benchmarked on GFXBench. As the same phone was noted passing through GFXBench back in April. The model number was the same, as were most of the specs. Although, the listings do differ on two notable points. Firstly, the previous listing showed the Alcatel Idol 5 coming loaded with 3GB RAM (compared to the 2GB RAM on this listing) and secondly, the Alcatel Idol 5 came powered by a Qualcomm Snapdragon 625 (compared to the Helio P20 included in this listing). So it does stand to reason that this smartphone will likely become available in at least two different models, and likewise, priced accordingly. 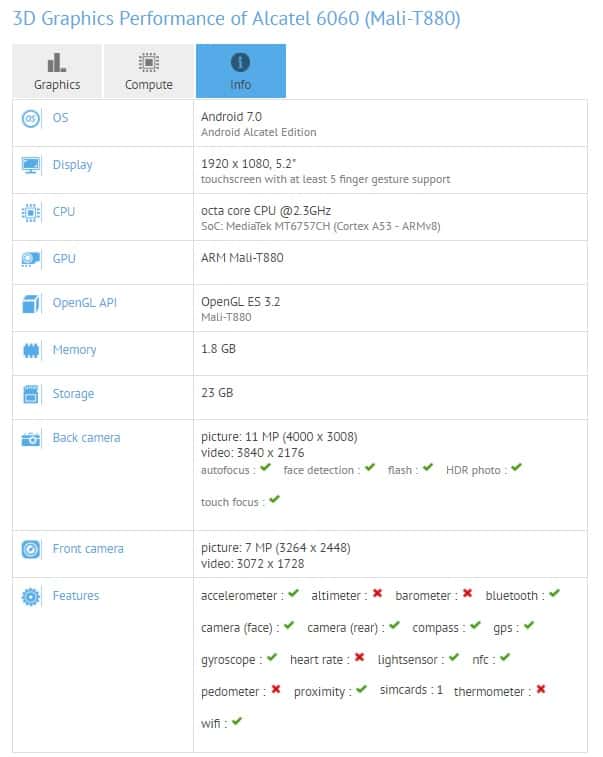