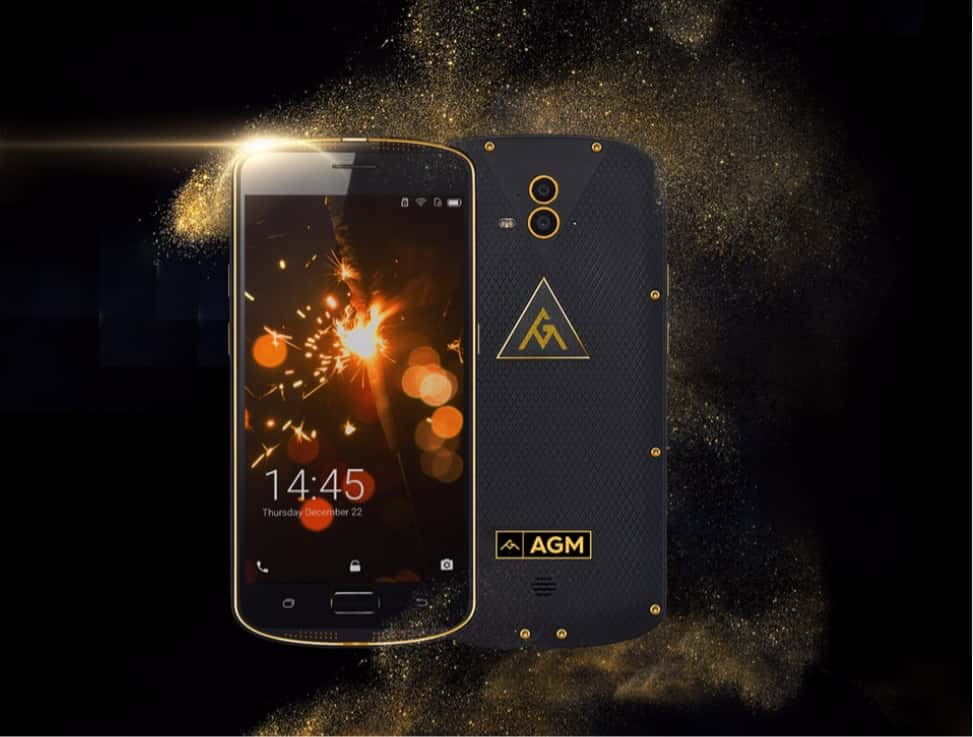 Many manufacturers have started to make use of gold to try and further highlight the premium nature of their devices. The most recent of which is the Mi 6 from Xiaomi, which was recently announced and confirmed as coming with various gold accents. Like the Mi 6, AGM has also recently announced a new smartphone, the AGM X1. And like the Mi 6, this one also makes use of gold accents to highlight some of its design points. Although unlike the Mi 6, the AGM X1 is a smartphone that comes with an IP68 waterproof certification. In fact, this is much more in line with the 'rugged' style of smartphones, in spite of rugged smartphones not typically thought of as being design-focused smartphones.

In the past, it has seemed as though rugged meant that in return for gaining a more durable exterior, the smartphone was compromised in other areas, like its looks, or its general performance. This understanding is what AGM is looking to change with the AGM X1. As well as coming in the form of an 18K gold edition smartphone, the AGM X1 also comes with all the protection you would find from a rugged smartphone. Not only an IP68 certification, but also a general build quality that is designed to protect the smartphone from multiple scenarios and environments. In addition, this is also a smartphone that is designed to perform, and especially in the camera department – as it comes equipped with rear dual cameras.

In terms of the specs, the AGM X1 comes packed with a 5.5-inch Super AMOLED display, along with a 1920 x 1080 resolution. Inside, the AGM X1 comes loaded with 4GB RAM, 64GB internal storage, and is powered by a Qualcomm Snapdragon 617 SoC. As mentioned, this is a rear dual camera touting smartphone with both rear cameras coming in 13-megapixel from, while the front-facing camera is a 5-megapixel camera. Additional features worth noting include a Quick Charge-supported 5,400 mAh battery, expandable storage (up to 128GB), and Android 5.1 (Lollipop) pre-installed. For those looking for a new smartphone, the normal price for the AGM X1 is $299.99. Although AGM has been running a launch promotion on the AGM X1 which sees $30 shaved off the price, bringing the total down to $269.99. However, the promotion is due to come to an end on May 17. Those interested can find out more about the AGM X1 or order one, by heading through the link below. As well as checking out the phone in more detail by watching the latest promotional video below.

Advertisement
More info or buy the AGM X1
Advertisement
Trusted By Millions
Independent, Expert Android News You Can Trust, Since 2010
Publishing More Android Than Anyone Else
36
Today
68
This Week
176
This Month
4161
This Year
105638
All Time
Advertisement