The Xiaomi Mi 6 is rumored to be announced later this month in Beijing, but that isn’t stopping it from leaking left and right. And while this isn’t actually a leak, it does give us a glimpse at what to expect with the Xiaomi Mi 6, at least when it comes to its hardware. The Xiaomi Mi 6, which appears to be using the codename “sagit” at least on GFX Bench, shows that it is running the Qualcomm Snapdragon 835. And while it doesn’t explicitly say that it is the Snapdragon 835, we can tell that it is the latest and greatest from Qualcomm due to the fact that it is using the Adreno 540 GPU inside. It’s also sporting a somewhat small display, at least by 2017 standards, with it being a 5.1-inch 1080p display here.

Some of the other specs that are shown in this listing include 6GB of RAM along with 64GB of storage. There’s also an 11-megapixel camera, which is likely a 12-megapixel shooter as benchmarks do typically give off slightly off specs, especially for cameras. The front-facing camera is listed as a 7-megapixel shooter, which is also likely a 8-megapixel camera. Both of which can do 4K, which is pretty impressive that a front-facing camera can do 4K. And finally, it is running on Android 7.1.1 Nougat, which also has MIUI on top, although it doesn’t state what version of MIUI is to be expected on this device.

The Xiaomi Mi 6 is slated to be the Chinese company’s latest and greatest flagship smartphone and it has some pretty big shoes to fill, after the Mi 5 was such a popular device for the company – which they launched at Mobile World Congress last year. Xiaomi isn’t one to release a phone every single year, in fact many of their smartphones have been released over a year after their predecessor. This is because they don’t release smartphones just to release smartphones, but they want each one to be unique and bring a new feature to the table. For example, the Mi MIX was released last fall, and was a smartphone that had virtually no bezel other than at the bottom of the device. Truly the first of its kind. And users should expect the same from the Mi 6 when that finally is announced and made official. 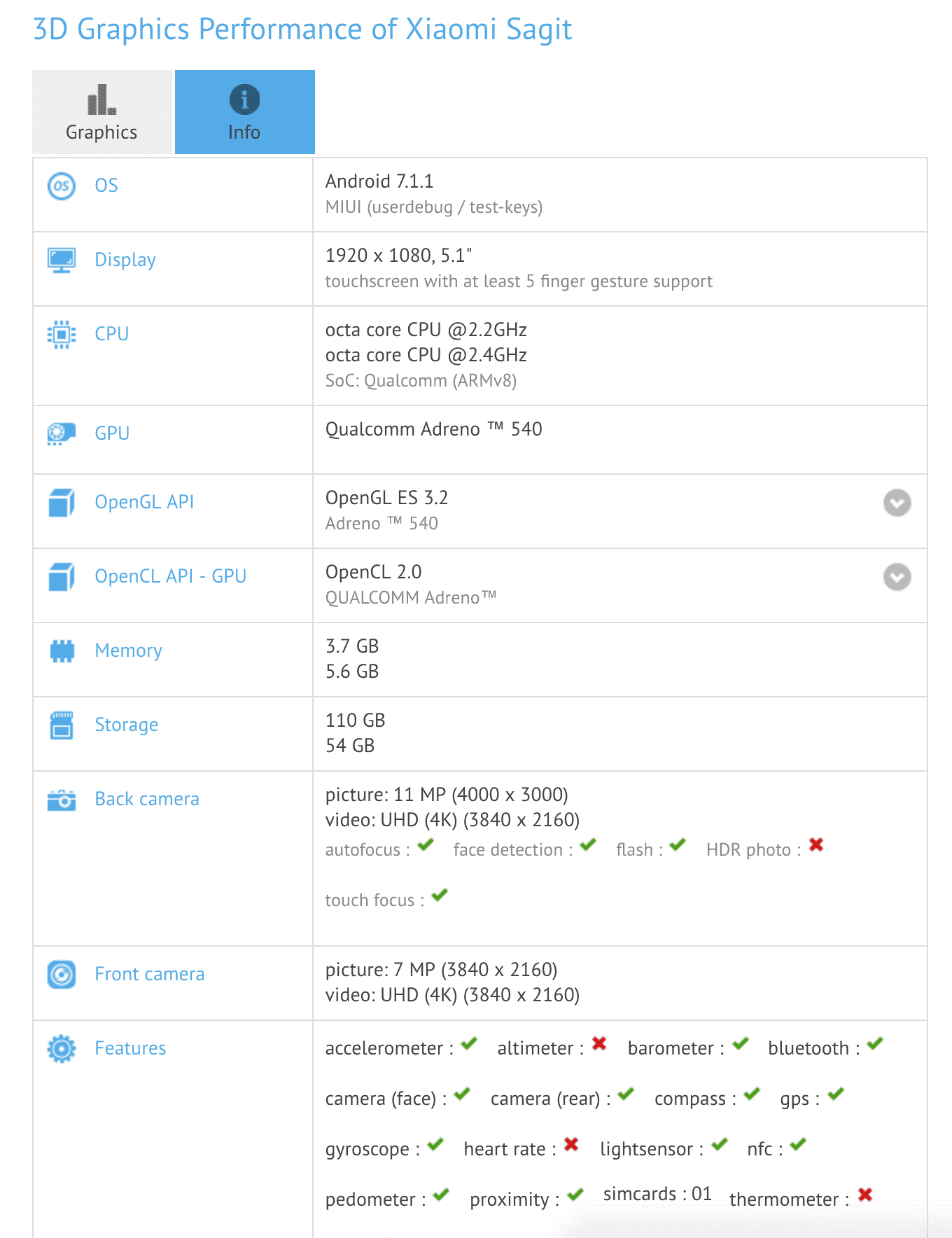