Xiaomi is launching a new mobile service in China today called Xiaomi Mi Loan. As its name suggests, Xiaomi Mi Loan is an application designed to allow customers in China to apply for micro-credit directly from their smart devices. The application was announced earlier today via Xiaomi’s official MIUI page on China’s social media website Weibo. It is currently available for download on Android smartphones in China, but there’s currently no information on whether the app will also make its way to other platforms, though it’s unlikely to ever be launched outside of Xiaomi’s home country.

According to the official announcement, users will have to go through a verification process before they will be able to use the Xiaomi Mi Loan application as it was intended to be used. It’s currently unclear how long the approval process lasts, but once it’s completed, a user can apply for a loan which will reportedly be processed in less than two minutes. The minimum amount of money allowed for a loan is reportedly 100 Chinese Yuan (roughly $14 at today’s conversion rate) but the maximum amount is currently unknown. Nevertheless, a loan’s interest will be calculated on a daily basis and according to Xiaomi, the rates are flexible and the service puts no pressure on the customer. It’s also worth noting that there is no need for any form of collateral in order to make a loan using the company’s new mobile service.

As some readers might recall, last December Xiaomi’s subsidiary Sichuan Yinmi Technology together with agribusiness enterprise New Hope Group have established an online bank in China, called the Sichuan XV Bank. However, in its recent announcement, the Chinese tech giant didn’t specify whether the new Xiaomi Mi Loan application has any connection with the Sichuan XV Bank. It was previously revealed that the online bank will primarily focus on serving private individuals along with small and medium firms in the agricultural field, whereas Xiaomi Mi Loan appears to have been designed primarily for individuals who are looking for micro-credits. In any case, more details on the company’s new mobile service will likely follow shortly. 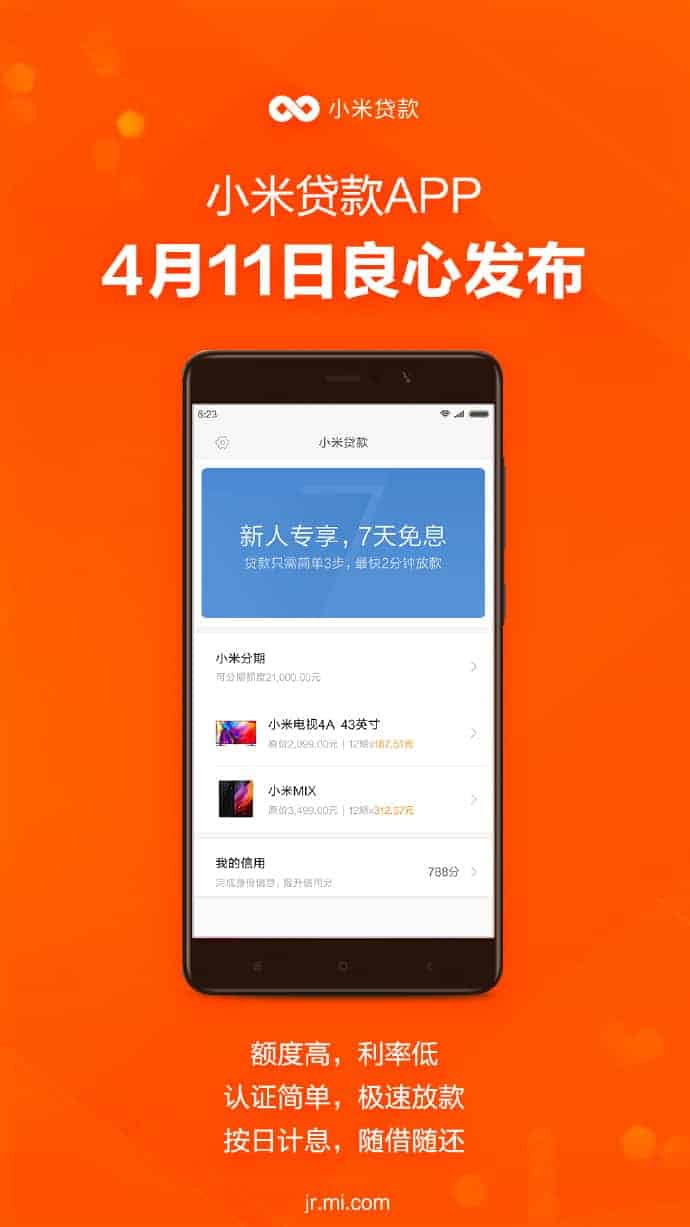