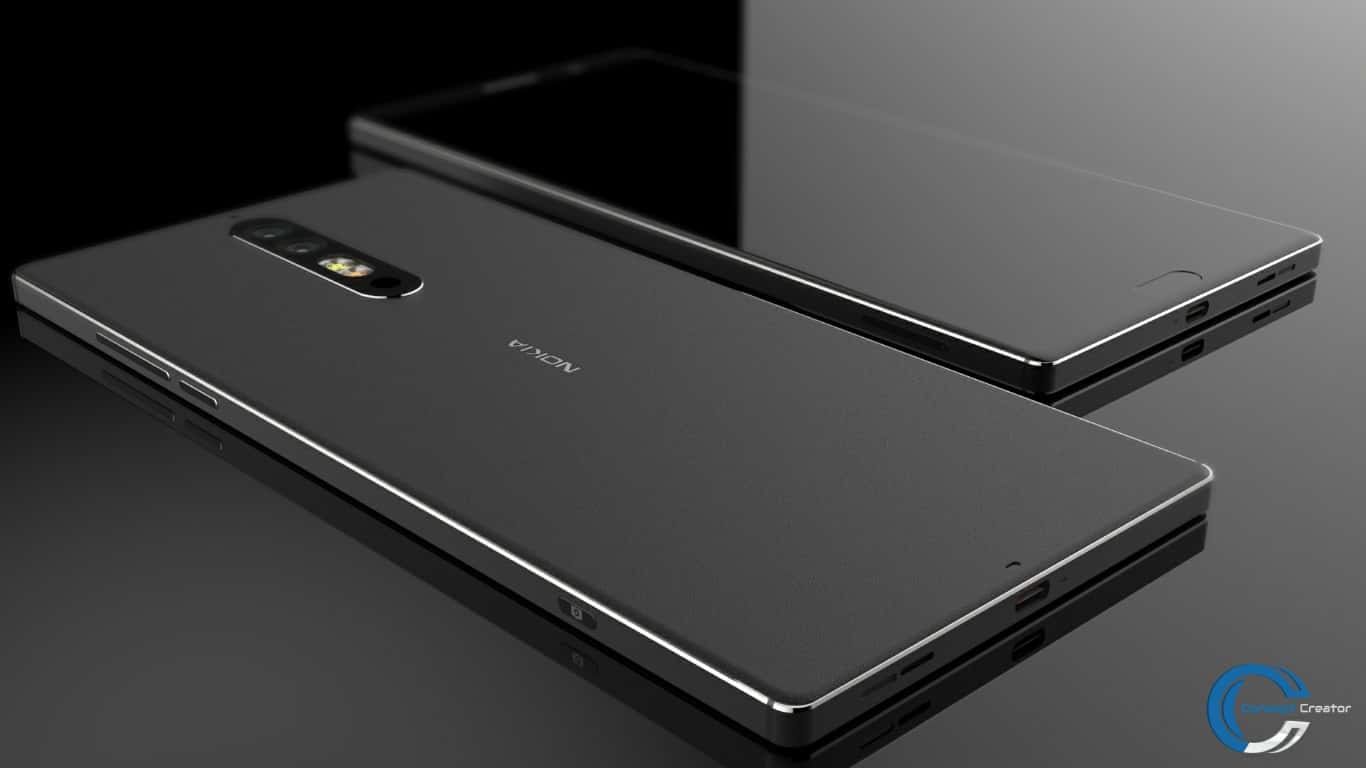 The Nokia 8 concept design is the latest design from Concept Creator's sleeve. This YouTube channel has just released this concept design, following the Nokia 9 concept video which had been published a couple of days ago. Now, before we begin talking about the design, do keep in mind this phone was designed based on the Nokia 8 sketches that have surfaced earlier this month, so it's not exactly entirely fictional. That being said, let's see what Concept Creator has to offer us this time around.

If you take a look at the gallery down below, and the provided video clip, you will notice that this phone comes with really thin bezels, and that it sports a metallic frame. Its side bezels are basically non-existent, while you will notice that its power / lock, volume up and volume down buttons lie on the right-hand side of the device. A fingerprint scanner / home key is placed below the Nokia 8's display, and the device features a dual camera setup on the back. Below its rear-facing cameras, lies a dual-LED, dual-tone flash, and the phone's SIM card tray is placed on the left. The device's display is ever so slightly curved on the sides, and a Type-C USB port is placed on the bottom. The device's loudspeaker is also placed on the very bottom of this smartphone, and interestingly enough, a dedicated camera key is also a part of this package, and it is placed on the right side of the device. The phone's rear-facing camera setup protrudes a little bit, and the device's frame comes with chamfered edges.

The source did not release any spec info when it comes to this smartphone, this is just a concept design after all, but the Nokia 8 is rumored to be inferior to the Nokia 9, which probably means this won't be the company's premium offering, but it could be Nokia's really powerful mid-ranger. We really don't have any spec info to share with you, as the Nokia 9 is the device that has been leaking lately, not the Nokia 8, so we'll just have to wait in order to get more info. We still do not know when will the company release either of the two devices, so stay tuned.