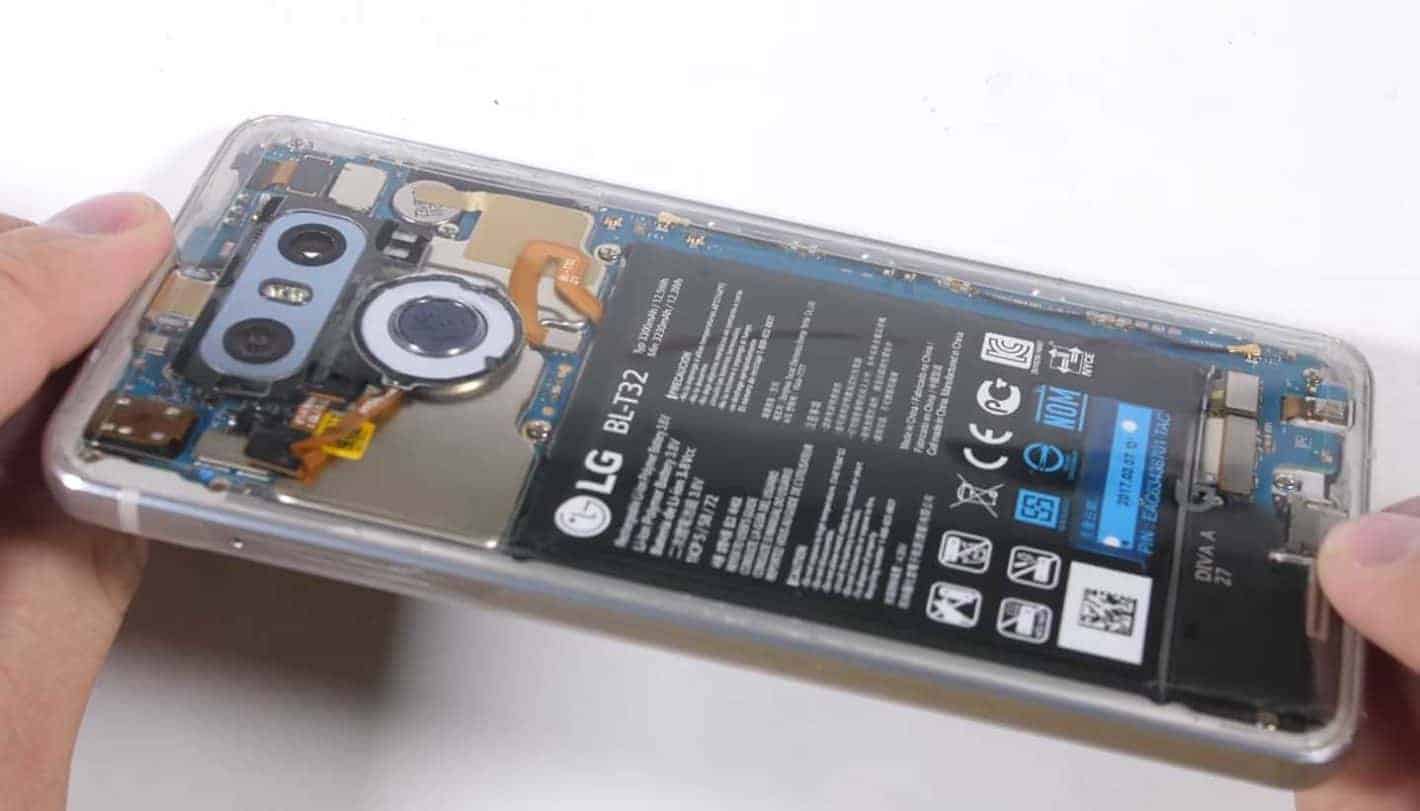 Installing a transparent rear panel on the LG G6 is a relatively straightforward procedure, popular YouTuber Zack Nelson running the JerryRigEverything channel claims in his latest video dedicated to precisely that goal. The video is exactly five and a half minutes long and explains the procedure of replacing the glass back panel of LG's latest flagship with a see-through cover. Nelson stated that the same procedure used in an earlier JerryRigEverything video detailing the process of removing the rear plate of the Samsung Galaxy S8 and the Galaxy S8 Plus also applies for the LG G6 with some minor alterations. The process itself starts with softening the adhesive holding the panel to the body of the handset with a heat gun, but it doesn't involve a solvent bath that was needed to remove an extra layer of paint present on the Galaxy S8 lineup. Instead, the rear plate on LG's latest high-end Android smartphone is ready to be pried off as soon the glue holding it together with the case is soft enough for doing so, and that action can actually be performed with bare hands seeing how the layer beneath the slate is just ordinary plastic.

Following the removal of Corning's Gorilla Glass 5 panel, the LG G6 is ready for a replacement rear panel of your choice, with Nelson opting for a simple transparent cover in this case. Refer to the video below to see the entire process of replacing the back panel on LG's new flagship, though note that physically modifying the device like this will likely void your warranty regardless of your country of residence and the finished product won't be resistant to water like the factory sealed variant of the handset is. Likewise, removing the coils from the device will also eliminate its ability to charge wirelessly, though that's only a concern for owners of the U.S. model of the LG G6 as variants sold in other markets don't ship with wireless charging coils in the first place.

Following its debut in South Korea, the LG G6 made its way to more territories earlier this month and is predicted to outsell its modular predecessor that wasn't well-received by consumers. An update on the commercial performance of LG's new smartphone is expected to follow later this year.