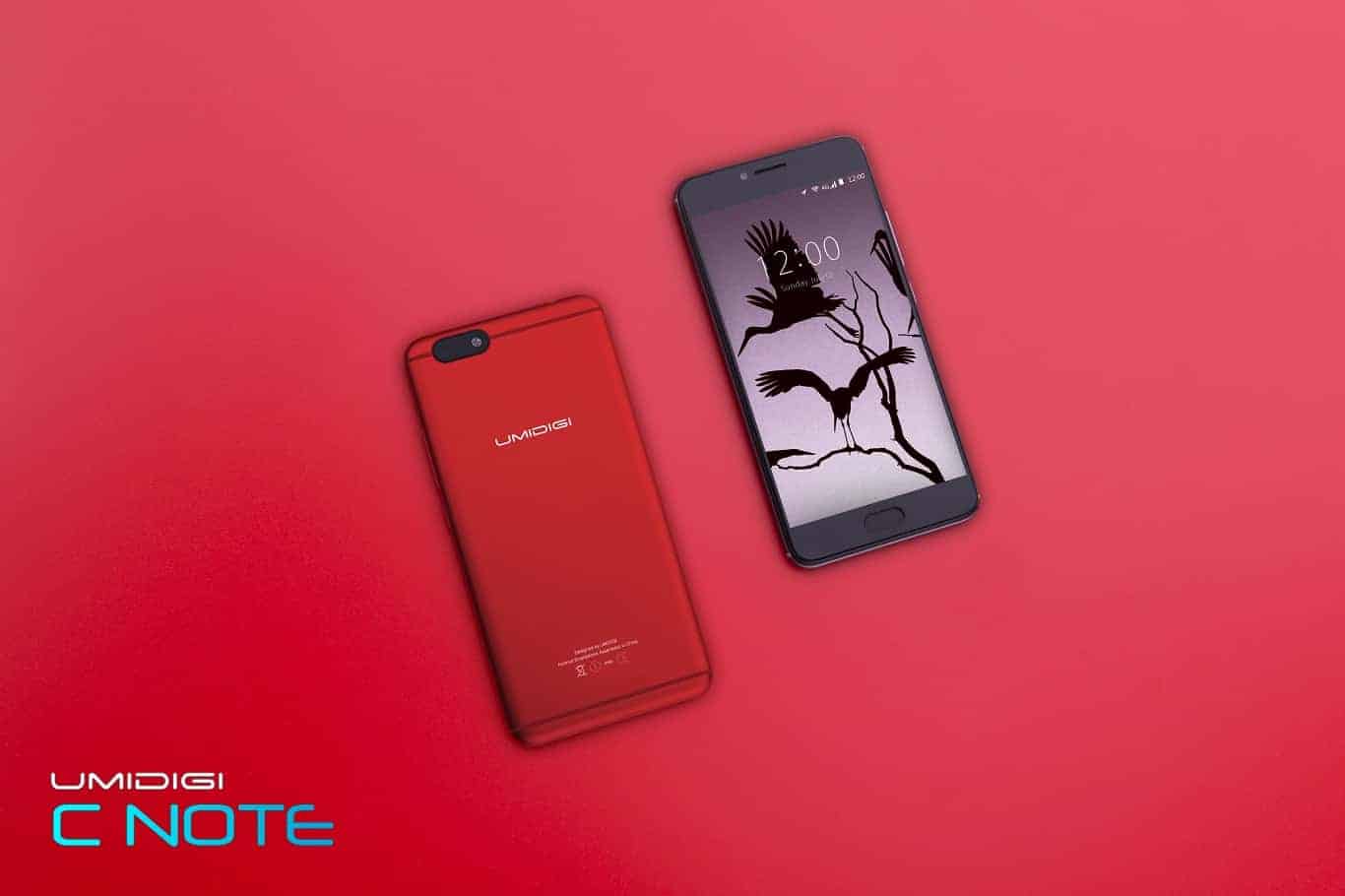 UMIDIGI’s latest smartphone to arrive on the scene is the UMIDIGI C NOTE. This is a smartphone that is now available to pre-order, and is available in either a grey or gold color. However, UMIDIGI has now announced that during the Hong Kong Global Source Mobile Electronics Fair 2017, it will be showcasing a new red version of the device. While no details were provided on the availability of the new red UMIDIGI C NOTE, the device will be on show at the event at UMIDIGI’s 7N18 booth, and can be seen in the image above.

In addition to the new red colored UMIDIGI C NOTE, the company has also released a new promotional video detailing the performance of its latest smartphone. In particular, the video focuses on the UMIDIGI C NOTE being put through its paces on AnTuTu. During the video, the UMIDIGI C NOTE is shown racking up a score close to 40,000 (39,347) when tested. Which is a fairly good score for a device positioned and priced at the level that this one is.

The UMIDIGI C NOTE builds on the success and the design of the UMIDIGI Z and therefore, comes with a number of design traits and cues which are common to the UMIDIGI Z. Although, a number of the specs are somewhat different with this latest arrival placing a certain degree of focus on its greater battery capacity and by association, longer expected level of usage between charges. In terms of the specs, the UMIDIGI C NOTE is a smartphone that comes loaded with with a 5.5-inch display with a 1920 x 1080 resolution, along with 3GB RAM and 32GB internal storage. The processing prowess comes by way of the included MediaTek MT6737T quad-core processor (clocking at 1.5 GHz). While additional features worth noting include a 13-megapixel rear camera, a 5-megapixel front-facing camera, a fingerprint scanner, a 3,800 mAh capacity battery, 4G LTE support, dual-SIM support, and Android 7.0 (Nougat) out of the box. Those interested in finding out more about the UMIDIGI C NOTE can do so by heading through the link below. Or of course, checking out the newly released video from UMIDIGI showing the UMIDIGI C NOTE undertaking its AnTuTu testing.

Advertisement
More info: UMIDIGI C NOTE
Advertisement
Trusted By Millions
Independent, Expert Android News You Can Trust, Since 2010
Publishing More Android Than Anyone Else
25
Today
144
This Week
399
This Month
5143
This Year
106618
All Time
Advertisement